Bayer Leverkusen have gone out of the Champions League with a whimper after a goalless draw against Atletico Madrid. Julian Brandt and Javier Hernandez went close, but the Spanish side were always in control. 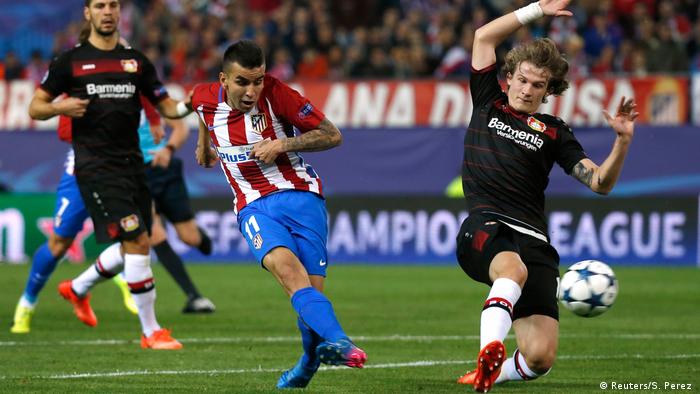 Bayer Leverkusen are out of the Champions League after a goalless draw with Atletico Madrid in the Spanish capital.

Leverkusen produced a more assured display in Spain than two weeks ago at BayArena, but the damage was already done and Diego Simeone's side produced a professional performance to see out the result.

The best chances from Tayfun Korkut's side came in the second half, the best of which fell to Julian Brandt. He capitalized on a mistake from the Atletico defense, but Jan Oblak made a fine save not only once, but again from Kevin Volland on the rebound. Javier Hernandez then fired centimeters wide on the follow-up.

Karim Bellarabi also forced the excellent Oblak into a key save, batting the ball out of danger before it fell to Hernandez.

Atletico seemed not to break sweat as they saw out the aggregate victory against a Leverkusen side that may face a long time outside of Europe's elite club competition. A finalist a year ago, the Spanish side advanced to their fourth straight quarterfinal in the Champions League.

Champions League round of 16 live: Atletico Madrid vs. Bayer Leverkusen

Monaco had it all to do after losing 5-3 in Manchester. But the Ligue 1 side produced a stirring comeback to dump Pep Guardiola out of the Champions League at the last 16 stage for the first time in his coaching career. (15.03.2017)