Challenges – and solutions – for rural journalism in Uganda 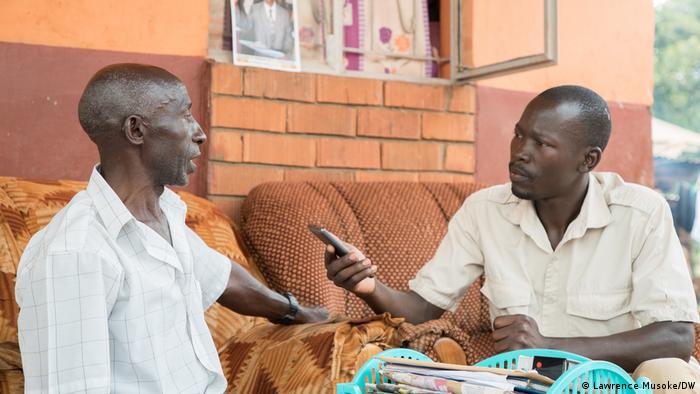 Bonny Kiiza (right holding the phone), an NBS Radio Community Reporter, interviewing the then LC1 Chairman of Kimaka Zone, a neighborhood in the city of Jinja, in the Eastern Region of Uganda.

A drive out of Kampala, Uganda’s capital, will lead you to lush countryside, full of grazing animals and small-scale farms. It’s an idyllic contrast to the bustling capital of nearly four million residents.

But more than 10 times that number of Ugandans actually live outside the capital, in small rural communities, where radio is the prevalent media. Financial and logistical constraints make it difficult for journalists to report stories that matter to those that live hard to reach areas as well as to the local and national policymakers whose job it is to identify and solve social problems.

But efforts are underway to improve these circumstances.  Under the project “Uplifting Community Voices”, DW Akademie partnered with radio stations in rural Uganda and media houses in the capital Kampala, seeking to address the problem of public service delivery.  The focus is on community reporters and local correspondents who help rural Ugandans by reporting issues to local radio stations, which in turn air stories addressing local leadership.

“I had been having difficulty in local government accountability,” said Frank Ochieng, a reporter with Step FM who participated in the training in October 2021. “It was hard to get comments from several government officials, but having acquired data journalism skills, I’m now able to access necessary data on my own.”

The results have been both clear and impressive: roads have gotten fixed, healthcare and schools have improved. One community reporter reported on a month-long electricity black-out and within a day, the lights were back on. Then, when another community leader heard this story and contacted the journalist at the partner station over a similar issue which had lasted three years, a following story resulted in power being restored in just two days. And some of the community reporters who have shed light on these problems have themselves been elected to local government office. 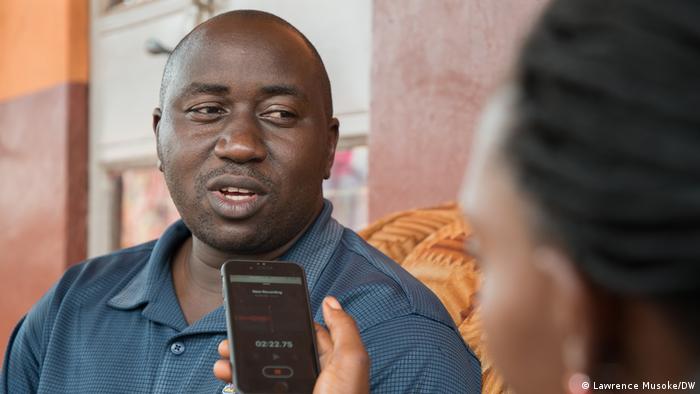 Racheal Babirye (left holding the phone) interviewing one of the residents in Kimaka Zone on the issues of garbage collection and disposal at Amber-court Market in Jinja District.

"We discussed things like, what makes a good story?" said Daudi Mwanja, a volunteer community reporter for NBS 89.4 in Jinja who participated in the project. "We talked about what a community needs and concentrated on stories that could make an impact."

For Mwanja, the community media training gave him confidence in public speaking and to follow up with stories. One of those stories was an investigation of the health center in Buwenda, a village close to Jinja, and its crumbling buildings.

"After my reporting and serious follow-up, two buildings were constructed and the health center got more financing," he said. 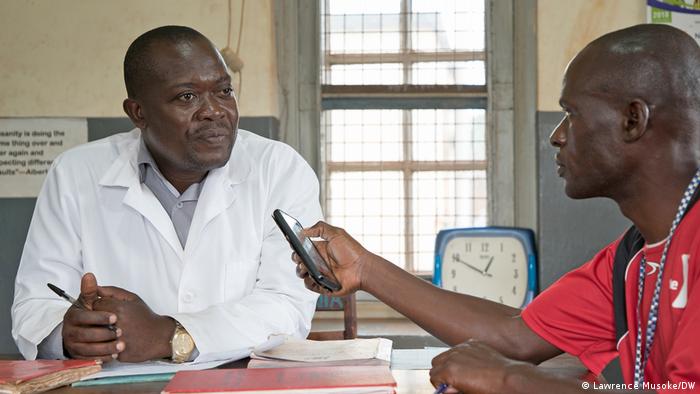 Isabirye Asuman, NBS FM Community Reporter from Bugembe town Council in Jinja District. Asuman was interviewing the Medical Officer in charge of Bugembe Health Center IV about the availability of drugs in the health center.

This year, the project is expanding to six radio stations – in Mbale, Jinja, Soroti, Kotido, Kampala, Arua and Fort Portal – and will continue with professional training and exploring new ways to gather and report on public service delivery in rural Uganda. Together with DW Akademie, the Ugandan organization Media Challenge Initiative (MCI), is offering practical training in public service delivery reporting to journalists and media trainees in Kampala to strengthen rural journalism also in media outlets in the capital. At the MCI Media Hub, opened in the spring of 2021, MCI employs 14 trainers, while DW Akademie is supporting setting up a newsroom for local stories as well as a production unit.

One problem for rural journalists is that stories from outside the capital don't attract as much interest among urban news consumers. This is why Uplifting Community Voices is working with journalists to broaden their own understanding of rural issues, and to research and analyze facts so as to make them accessible to the average reader, listener or viewer, whether they live in a city or on a farm.

"I think through the training, I'll be able to find more ways to get more content for the program and to improve public service delivery," said Betty Mujungu, the station manager at Voice of Toro, where some of her editors will likely participate in the training.

"I'm in charge of content development and management, so I want to find ways to make that work easier and to provide news to communities that will help them," she added.

Reporters in rural Uganda must traverse longer distances to meet with sources, and transportation costs eat into their story fees. The lack of quick online communication hinders their ability to work efficiently and effectively.

"We are trying to report on sustainable development goals in many of these rural areas but public service delivery is a challenge," says Mujungu. "Access to water, health services, education, agriculture, infrastructure and the local economy, such as farmers being able to grow food and market access...these are all important stories but, yes, it’s harder to reach these areas and to report on them."

Giving voices to the unheard

"If media are absent, these stories go unreported," said Jonathan Tusubira, a DW Akademie project officer and trainer. "The idea here is to bridge the media gap among the various radio stations, and work together so we can reach both local and national leaders. We're interested in getting hyper-local stories out there."

Back in journalism school, he added, community media wasn't part of his academic curriculum. Uplifting Community Voices, by contrast, has community journalism at its core.

"Our motto is community media, and giving voices to those who would otherwise go unheard," he said.

Rural journalism in Ghana: Speaking with and for communities

From climate crises to human interest stories, DW Akademie spoke to three rural journalists in northern Ghana about what it is like to represent the complex needs of their diverse audiences.