The European Central Bank has said it's prepared to pump more money into financial markets, should such a move be required to calm markets after Britain's pro-Brexit vote. National lenders are playing along. 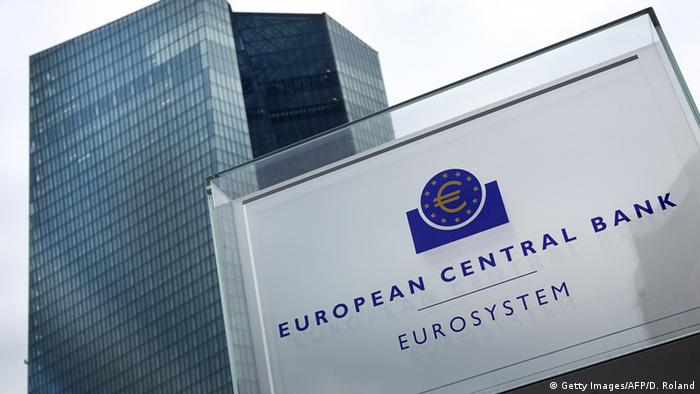 The European Central Bank said Friday it was closely monitoring financial markets in the wake of the British vote to leave the EU. The chief monetary authority for the 19-member eurozone added it stood ready to provide additional credit to financial institutions, should the need arise.

Otherwise, the ECB refrained from announcing any more immediate measures. The bank already provides short-term cheap credit to lenders across the eurozone at regular intervals and has pumped more cash into the system through a special bond-purchasing program aimed at hiking inflation.

Ignazio Angeloni, a member of the ECB supervisory board, said at a news conference in Rome that he regretted the fact that attempts to create a banking union in the EU had not been completed, leaving "a half-baked cake." He called it an added element of risk in the wake of the British decision.

Central banks on their guard

Earlier in the day, The Bank of England had said it was ready to work together with other central banks to pump more money into markets to combat wild swings. It added it would take all necessary steps to avert a full-blown crisis, including pumping more than 250 billion pounds ($370 billion, 326 billion euros) into the financial system, if needed.

IMF director Christine Lagarde said she supported commitments by both the ECB and The Bank of England to contain volatility.

Furthermore, G7 finance leaders held a conference call Friday, announcing that they were monitoring the market and preparing for coordinated action in case an injection of liquidity was needed.

The US Federal Reserve later offered its own statement to that effect.

The Swiss National Bank said it wanted to stabilize the situation in the foreign currency market and "would remain active in that market."