After a long lockdown at the beginning of the year, vacationers are returning to the Algarve. Hoteliers and restaurant owners are optimistic about the future. 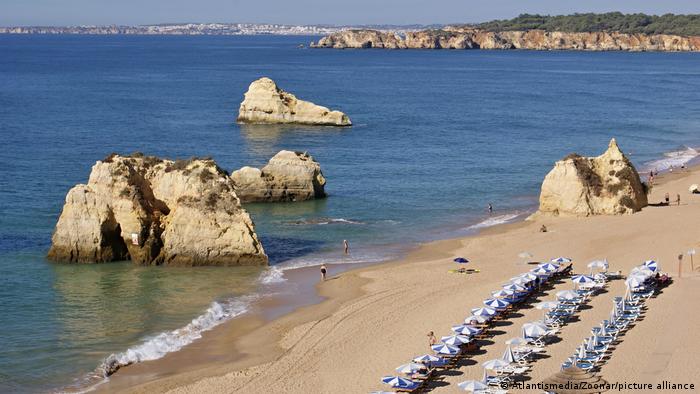 Tourists are returning to beaches in southern Portugal.

The sound of rattling suitcase wheels on the sidewalks of Faro, Portugal has finally returned. Some residents would even call this the anthem of the Algarve, which is the country’s southernmost region and a popular tourism hotspot. Although the Algarve is currently experiencing its annual low season, a decent number of tourists from France, the UK, and Germany can nevertheless be seen strolling through the streets or driving to nearby beaches.

For many residents in the area, the return of tourism is seen as a blessing. Cristina Leal runs a small fish restaurant in the center of Faro. Each evening, tourists fill all the tables on her terrace.

"In August, we were so busy that we couldn't keep up," she tells DW while serving rice with shrimp. Leal has been waiting a long time for vacationers to return. During the first half of the year, she says she sometimes had lost hope; the COVID-19 pandemic took away her livelihood, causing her a great deal of stress and distress.

Now, however, it’s easy to detect a radiant smile under her protective mask as she takes orders from tourists. 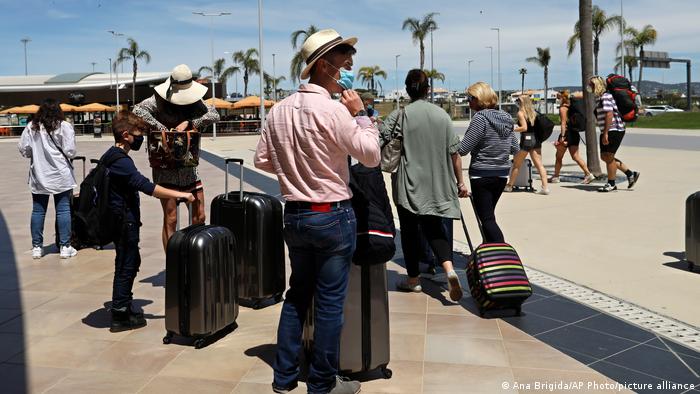 Travelers from England were among the first who visited Faro, Portugal this year

Joao Caroleno has also been noticing a steady increase in tourists this year. Bookings for his Aqua Ria hotel are up 50% compared to 2020, he says. He even had to close the hotel for a certain period during that time: "It was terrible. We had to stop working. For a year, we didn't have any guests, and all we did was pay bills, and the bills kept coming. But now it's better, and that's great" he explains.

Caroleno has been running the hotel with his brother for the past six years. It had been their dream for a long time — and a major investment. Then the pandemic hit.

"I never thought something like this would happen. For us, it was a big lesson. In the future, we want to be better prepared for such situations," said Caroleno. Having adapted to the new normal of the travel industry by taking measures such as applying the necessary hygiene measures, guests feel more confident to stay at the hotel now too, notes Caroleno.

"Also because of the vaccine," he adds. 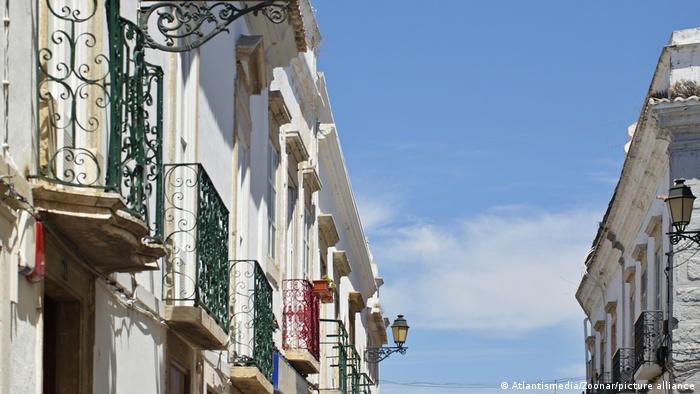 Portugal recently achieved a vaccination rate of 85%, placing it among the highest in the world. As a result, many pandemic-related restrictions are now due to be relaxed in October. Bars and clubs will be among the venues that  are going to reopen, while indoor seating restrictions that had so far applied to restaurants and hotels will also be further relaxed.

Larger groups of people will be allowed to congregate again as well, which is important since Portugal is popular with tourists. Most of them come from Europe in the summer months, while some travel from further abroad — from the United States and Brazil, for example — in winter and autumn months. 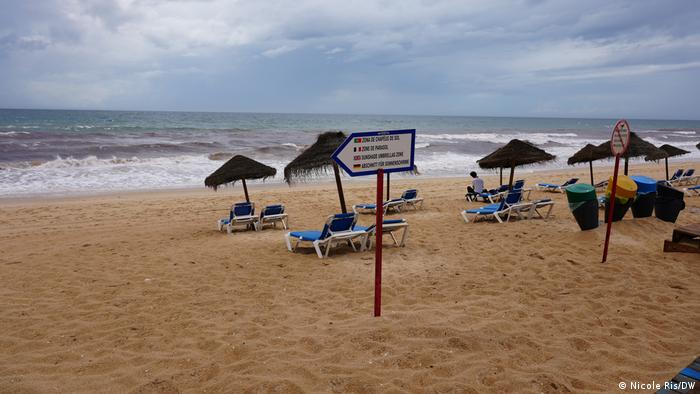 With tourism hitting record lows during the past year, it was a difficult period for many working in the industry

The tourism sector accounts for 10 to 15% of the country’s GDP, making it one of the most important industries in Portugal. Due to the pandemic situation, the industry has been performing poorly, hitting lows that hadn't witnessed since the 1980s: The number of vacationers fell by 76% in 2020 despite Portugal being hailed as one of the countries that was a "model" for tourism during the pandemic due to its initially low infection rates.

In early 2021, infection and death rates in Portugal suddenly skyrocketed, making the idea of the tourism sector recovering any time soon rather elusive. Now the Portuguese tourism board expects a successful period in fall and winter. Government funds have been poured into the industry to strengthen and even expand it.

In the future, the tourism board also wants to focus on adding further niche markets such as wine tastings and unique outdoor vacations. The country also aims to attract more digital nomads, as they stay longer and thus contribute to the local economy for a longer period.

By 2023, tourism in Portugal is expected to have recovered completely. 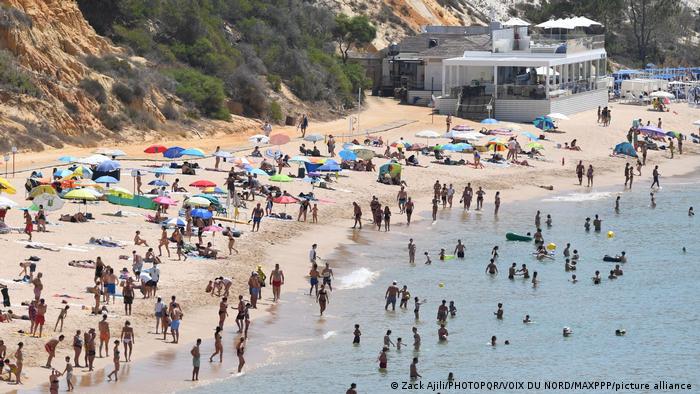 Tourists returned to the Algarve this year, although fewer than before the pandemic

Hoteliers like Joao Caroleno will have to be patient. Even though the return of tourists this year has already made a considerable difference, he says he will still experience a number of challenges. There's a shortage of workers in tourism, for example. That, too, is a consequence of the pandemic, he says: Due to various travel restrictions, skilled workers from abroad have not returned to work in Portugal. Many of those workers hail from Brazil and countries in eastern Europe. As a result, he and his brother have had to take over the workload, putting in twice as many hours as they would have done previously.

Cristina Leal also experiences the same problem; she says she's working more than ever. Leal adds that fewer Portuguese nationals are applying for open positions in the industry. Some of them continue to receive government financial assistance related to the pandemic, and therefore have little incentive to return to work, she reckons.

Nevertheless, she remains optimistic that these current challenges will eventually be overcome. After all, there have already been far worse moments during the pandemic.

On the Ancient Roman Trail