Catholic Church should fight for ′responsible freedom′ in Europe, says cardinal | Europe | News and current affairs from around the continent | DW | 01.09.2018

Cardinal Reinhard Marx turns to the legacy of the Polish Solidarnosc movement of the 1980s as a source of fresh hope. The chairman of the German Bishops' Conference spoke to DW about Europe, democracy, and freedom. 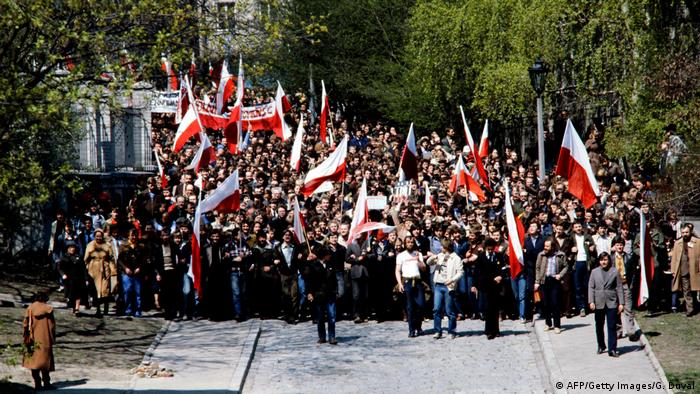 Cardinal Reinhard Marx visited the Polish city of Gdansk to pay tribute to the Solidarnosc movement of the 1980s. The leading Catholic representative also hoped for some new encounters to solidify the church's commitment to common European values.

DW: What can Europe learn from the Solidarnosc movement today?

Marx: First of all, the belief that we can make a difference. That things don't have to just stay the way they are. Such a stance, like that which was present back in the day of the Solidarnosc, I find very courageous. Now we live in different times, but even here in a democracy, there is sometimes the conviction: What can we do? There is much to be learned from these people who faced much bigger hurdles. Something new can always get underway, and I think that is promising. We have a reminder of the value of freedom, and we cannot take that for granted.

Democracy could also just be one episode in the history of mankind. It is always necessary to stand up for individual liberties, for minorities, for respect and for the fundaments of democracy — for what it takes for a free and open society to function with stability. It is a kind of symbiosis that requires constant work. And if you turn away for just a second, you'll soon find out. The dangers [of neglect] become apparent very quickly.

Read more: Poland's judiciary conundrum: Where is the resistance? 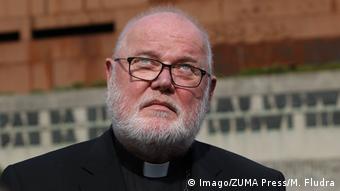 Solidarnosc means "solidarity." What do you make of the solidarity that exists in Europe today with a view to the refugee debate or nationalism?

We are interconnected with each other through various forms of solidarity. Through the European Union, for example, through treaties, through parliament, through guiding principles. We can't do this without each other. We are staring down the barrel of Brexit right now. Our interconnectedness necessitates that we stand up for each other so that something positive can be the outcome. This is why I am also talking about making progress towards a social Europe. We feel this connection precisely during the crises. And then we recognize that solidarity is always an ongoing task.

The issue of migration is a common challenge. It is a wide field that we must tackle together, and I hope that this will happen. It is essential to move forward now and to develop common guidelines for a refugee and migration policy in Europe. It is about solidarity within Europe, but also with the countries from where refugees and migrants come.

Read more: Pope Francis speaks out against nationalism in Europe

Populists and nationalists have one thing in common: Eroding the idea of solidarity. What can the church do about it?

Faith tells us we belong to a human family. Patriotism is good, but nationalism is not Catholic. I agree with Franz-Josef Strauss, who has always said: Bavaria is our home, Germany is our fatherland, Europe is our future.

The path we have taken in the last 50 or 60 years since the Treaty of Rome was also morally connoted. That is why the church has always viewed the unity of Europe positively, even today. The work of unification began with a longing for peace and reconciliation. Let us not forget: Nationalism is one of the biggest causes of war. Here, the church must intervene with a counter offer of hope. Europe does not run by itself. I believe that the church must never cease working or doing something for the unity of Europe.

Read more: The fall of the Wall - a chronology of resistance

Let us consider German-Polish relations. Poland is moving towards a non-liberal democracy while, on the other hand, is in favor of a pluralistic model of society. What dialogue, if any, is possible with these differences?

Such dialogue is necessary and takes place within the framework of the EU. There are cornerstones on which the various constitutions are based. But there are differences in Europe. And they are legitimate. Even within Germany, we have differences of opinion. But a critical factor is this: A political majority does not reflect the whole population. I think that is very important to remember. The population includes everyone, including minorities. An incumbent party cannot say: We are "the people" to justify turning things upside down and no longer taking other positions and minorities into account.

As a church, we should stand up for a society of responsible freedom. That is why democracy is the mode of governance to be sought. People should be free to choose a political party, for — or against — a religion. In any case, I would like to live in a society in which freedom of opinion, conscience, and religion prevail — even a society where people do not agree with me or my religious convictions.

September 1, the anniversary of the beginning of the World War II, is a tragic date in German-Polish history. What can the Catholic Church do to heal this wound?

Sometimes the term "healing" carries too much weight because such a process is lengthy and always requires new commitment. The church has done a lot at the level of bishops, parishes and youth associations. But I think today we need a new wave of encounters. We must intensify our commitment once again, also at the level of the bishops. That is why I am here in Poland.

Cardinal Reinhard Marx is the Archbishop of Munich and Freising and has been president of the German Bishops' Conference since 2014.

The interview was conducted by Leticia Witte (KNA) and Bartosz Dudek (DW Polish).