German automaker BMW has boosted its production in China with the opening of a second facility in the northeastern city of Shenyang. China already is the company's most important market - with awesome potential ahead. 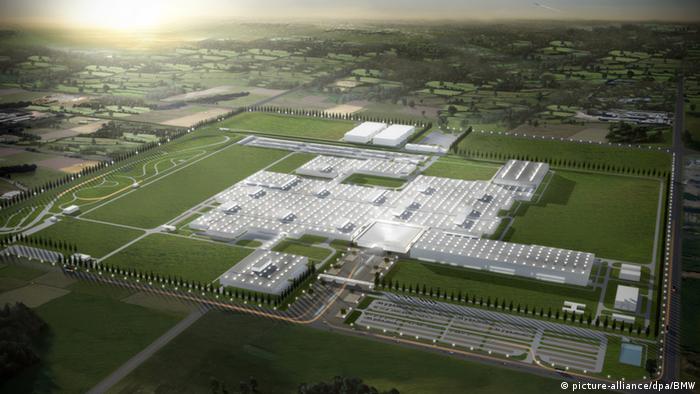 Luxury carmaker BMW of Germany on Thursday extended its foray into the Chinese market by opening its second, large production facility in the city of Shenyang.

"We are expecting double-digit growth in China this year, despite a slight cooling in the market," CEO Norbert Reithofer said during the inauguration ceremony in the city's Tiexi district.

The new factory, which cost BMW 1.0 billion euros ($1.25 billion) and is the company's most modern worldwide, enables the automaker to double its capacity in China to 200,000 units this year.

Reithofer said BMW intended to invest another 500 million euros together with its joint venture partner, Brilliance China Automotive Holdings, to increase output even further in the years ahead. Capacity is set to expand to 300,000 units by the end of 2013 at the two plants in the Tiexi and Dadong districts of Shenyang.

But that might not be the end of it. "Because of our flexible factory structures in China, we could - depending on market developments - produce 400,000 cars per year locally," Reithofer told reporters in China.

Globally, BMW sales rose 35 percent in the first four months of this year, with China replacing the US as the company's most successful market in terms of unit sales. The German automaker continues to rely on many Chinese customers' fondness for powerful engines under the hood, luxurious interiors and electronic gadgetry.