Three new patents on beer and barley should be dropped by European breweries, non-governmental organizations said. The alliance "No Patents on Seeds" accused Denmark's Carlsberg of abusing a centuries-old tradition. 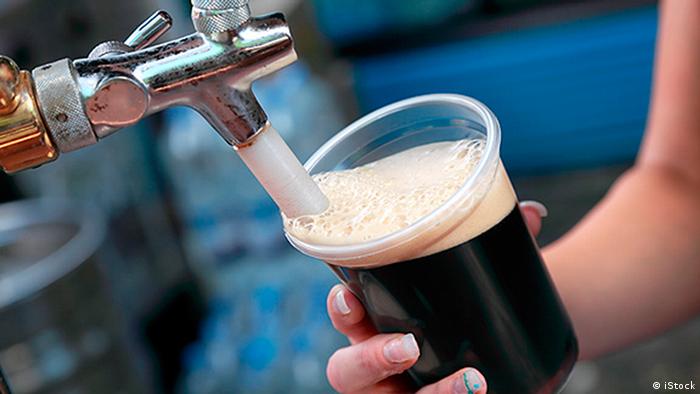 The European Patent Office (EPO) in Munich and the Carlsberg company were sloshed Thursday in an open letter by campaigners opposed to the patenting of plants and animals.

No Patents on Seeds, an alliance including Greenpeace, the Catholic charity Misereor, and globally networked small-scale farmers, called on the Danish brewer to voluntarily relinquish three patents it received earlier this year from the EPO.

Documents published by the EPO also list Heineken of the Netherlands as a patent proprietor. 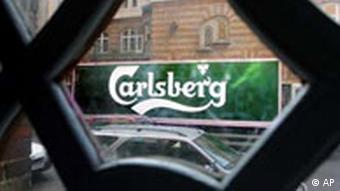 From their third patent, which was granted in September, the brewers expect major energy savings during malting and kiln-drying by using barley varieties low in linoleic acid, allowing cooler temperatures during the so-called "wort" to remove stale flavors.

Half of the brew-house energy usage occurred during these phases, wrote the EPO when issuing that patent.

Within nine months of publication any person can object formally to the granting of a patent by contacting the EPO and paying an "opposition fee."

In its open letter, the Munich-based No Patents on Seeds alliance said "there should be no patents on beer and brewing barley. The cultivation of plants and beer brewing stems from a centuries-old tradition."

Critics said two of the patents originated from accidental mutations of genetic material in barley or Hordeum vulgare, a cereal grown worldwide.

Carlsberg in its promotional material says research and development are part of its legacy, including laboratory work on barley, yeast, ingredients and brewing technology.

In early November, the anti-patent alliance welcomed a European Commission reaffirmation of a 1998 EU directive that plants and animals resulting from "essentially biological" breeding could not be patented. 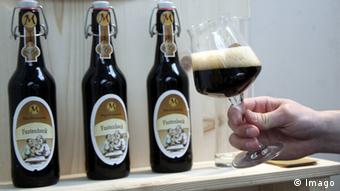 Micro- or craft-brewing has become trendy

This traditional form of breeding, resulting in a geneti­cally stable individual, with required characteristics only attained after much crossing and selection, was "not appropriate" for patent protection, wrote the Commission because scientific repeatability was illusive.

The alliance described Brussels' statement as a "huge success," but warned that the Commission's pronouncement was still not legally binding and required efforts by European governments to "bring the European Patent Office (EPO) under political control."

No Patents on Seeds coordinator Christoph Then accused the EPO at the time of having "its own vested financial interests" in granting patents on plants and animals and "eroding" European law through its practices.

Profit reports published by Carlsberg in August and November noted drops in sales, resulting from sluggishness especially in Russia, and in Asia. Sales in eastern Europe, however, rose by 16 percent in the third quarter.

The No Patents on Seeds coalition said it has global backing from more than 300 NGOs and farmers' organizations.

Climate change could push up the price of beer. A key ingredient, hops, grows best in just a few places on earth. If hops are hit by storms, drought, flooding or temperature extremes, brewers could be in trouble. (22.04.2016)

Training to be a beer brewer in Germany