Peace talks in the Central African Republic have been suspended after both the government and rebel forces failed to reach a deal to end fighting. The Seleka rebel alliance stipulated that President Bozize step down. 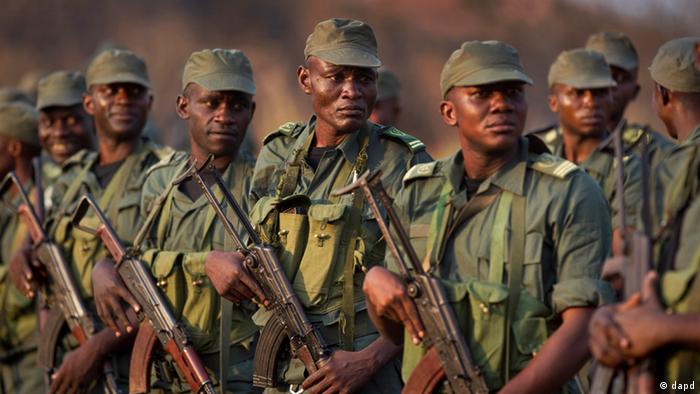 The first day of talks ended on Wednesday with little indication that either side was prepared to sign a ceasefire to end the month-long rebel revolt. A key sticking point was President Francois Bozize's ongoing position as head of state.

"There is no alternative, only Bozize's resignation," said Florian Ndjadder, a spokesman for Seleka as 12-hour talks came to an end. "Centrafricans' only problem is Bozize, that's it," he added.

In a memo circulated at the talks in Gabon's capital, Libreville, Seleka rebels also demanded that the president be brought before the International Criminal Court for war crimes.

It said the president was behind "detentions and false imprisonment, kidnappings, disappearances, assassinations and summary executions," during the rebellion that brought him to power in 2003.

The United Nations Children’s Fund (UNICEF) has called on the Central African Republic to stop child recruitment by rebel groups and pro-government militias. The UN agency says the recent conflict is to blame. (09.01.2013)

Bozize has yet to comment on Wednesday's allegations, but has previously refused to bow down to pressure to step down.

Representatives from the Central African government, the rebels and the political opposition are expected to reconvene on Thursday.

Advance towards the capital

The negotiations have been brokered by regional bloc the Economic Community of Central African States (ECCAS), with the backing of the United Nations and the United States. They were designed to renegotiate a 2007 peace agreement, which rebels say Bozize has violated.

Allegations that the president failed to give insurgents money and jobs in exchange for laying down their weapons, as agreed in the deal, prompted the launch of a major offensive on December 10.

Since then rebels have captured several key towns in their march towards the capital, Bangui. Seleka reportedly pushed government forces to within 75 km (45 miles) of Bangui before conceding to international pressure to attend the talks in Gabon.