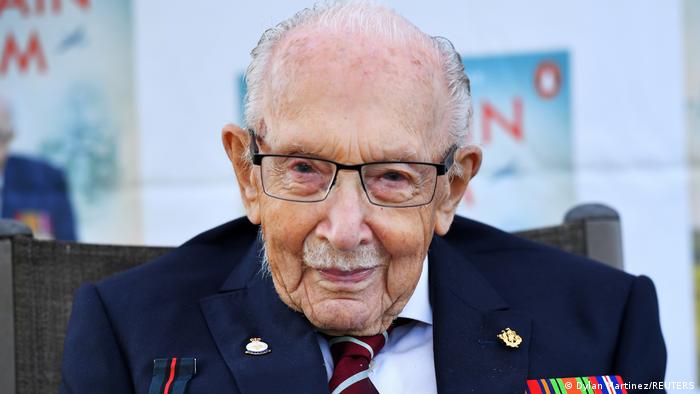 Britain paid tribute on Saturday to the World War II veteran who captured the hearts of a nation by raising millions for the country's health service at the outbreak of the coronavirus pandemic.

Well-wishers hailed the efforts of Captain Sir Tom Moore at his funeral, which included a flypast by the Royal Air Force.

The 100-year-old died from coronavirus earlier this month.

Moore raised more than €35 million euros for the UK's National Health Service (NHS) by walking laps of his garden during the first lockdown last year. 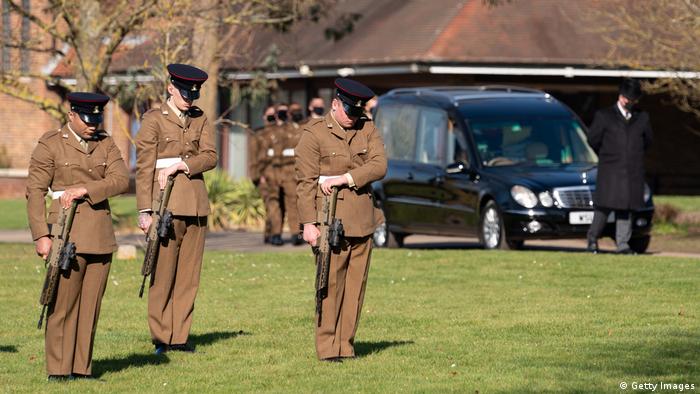 'A beacon of light and hope'

Six military officers carried his coffin, which was draped in the Union Jack, through the village of Marston Moretaine in Bedfordshire, southeast England

One of his daughters, Hannah Ingram-Moore, said her father was "a beacon of light and hope to the world".

His other daughter Lucy Teixeira said: "Daddy, I am so proud of you. You may be gone but your message and your spirit lives on."

"You always told us to put your best foot forward and that's what you did last year," she said. 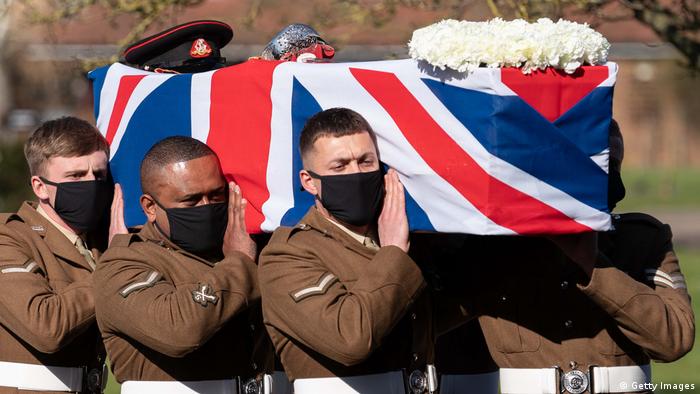 A version of the song Smile, recorded especially for the funeral by singer Michael Buble, was also played.

My Way by Frank Sinatra was heard toward the end of the service, as requested by Moore, who said he liked the line about "having too few regrets to mention".

Honored by the Queen

Just eight members of his immediate family attended the service in line with the current coronavirus regulations in England.

He had been training as a civil engineer before he enlisted into the British Army shortly after the outbreak of World War Two.

The veteran had spent the last few months of his life writing a book that he had planned to publish just before his 101st birthday.

His fundraising efforts were recognized by the military, and he was appointed Honorary Colonel of the Army Foundation College in Harrogate in time for his 100th birthday.

He was also knighted by the Queen for his charity work.