Diana Beresford-Kroeger is passionate about protecting trees - and growing them. The botanist has nurtured her own research forest in Canada, and believes trees remain the key to combating climate change. 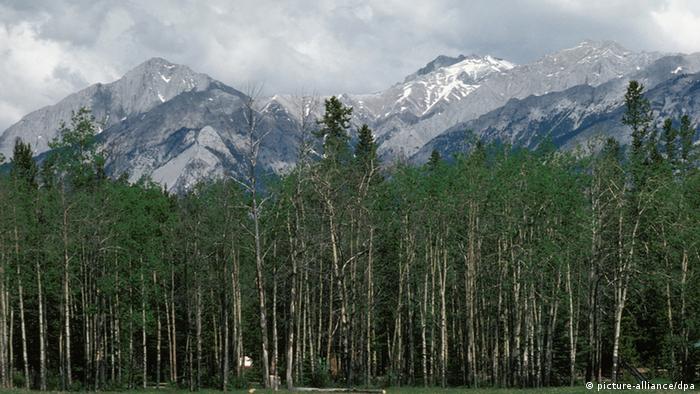 There's a blanket of fresh snow on the ground on a gloriously sunny, although below-freezing, day at Diana Beresford-Kroeger's rural retreat just outside of Ottawa. The research scientist enthusiastically starts her tour of the forested property.

For Beresford-Kroeger, this no ordinary forest - it's more of a tree laboratory, a life's work. She has spent years planting hundreds of trees here, nurturing virtually all of her charges from seed.

Beresford-Kroeger first fell in love with trees as a student of botany in her native Ireland. But it wasn't until after she'd emigrated to Canada that she came up with the idea of growing her own forest as a "research garden." 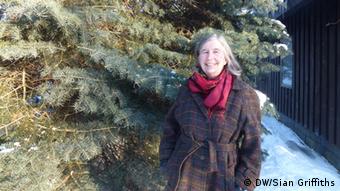 Welcome to the botanist's laboratory

She says that in Canada, "nobody was planting all these rare, wonderful, fabulous trees." We crunch through fresh snow as the tour continues.

For her, these majestic giants are complicated beings that don't get the respect they deserve: "The tree has a genome which is much more complex than ours - the tree is a factory for the manufacture of food which feeds us and all of nature."

Preserving biodiversity and tending endangered species are essential to Beresford-Kroeger's mission. She has traveled the globe accumulating different plant varieties to add to her extensive nursery. She thinks the crucial role trees play in the planet's well-being is underestimated.

"One species of tree is responsible for 40 types of insects," Beresford-Kroeger points out. 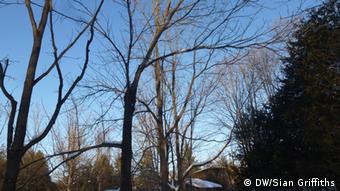 Beresford-Kroeger emphasizes the many healing properties of trees

And there are also benefits for humans, she explains as she walks, pointing out plant species that she says can be used to treat Parkinson's disease and cancer. We come to a 6-meter-tall (20-foot-tall) cucumber tree, which was traditionally used to treat malaria.

"It's absolutely glorious - it has a quinine compound used against malaria," she says. But there are only one or two of those trees left in Canada, she continues.

Beresford-Kroeger also considers trees to be among the most important factors in combating climate change.

John Stone, a leading writer with the Intergovernmental Panel on Climate Change, points out that many other factors come into play. The burning of fossil fuels to produce energy, he says, represents the bigger part of the problem. 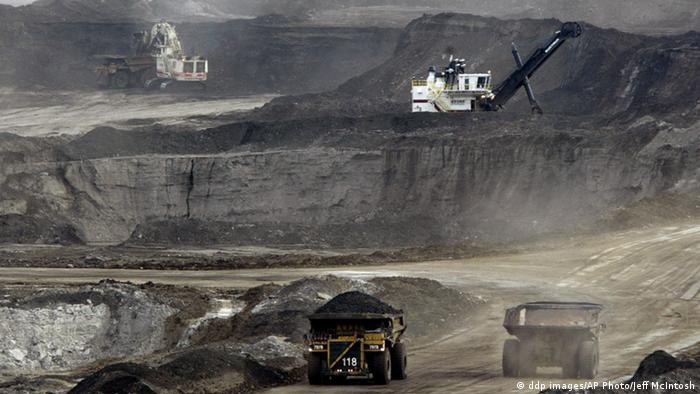 Beresford-Kroeger sees the ancient boreal forest as playing a particularly important role in climate. Known in Russian as taiga, the boreal forest rings the northern part of the globe from Canada and Alaska through Russia and into Scandinavia. The pines, spruces, birches and larches of the boreal forest make up 29 percent of the world's forest cover, and represent the Earth's largest terrestrial biome.

Beresford-Kroeger has made it part of her mission to call for special designation of boreal forest by the United Nations heritage body, UNESCO.

"That forest is the last great forest left on the planet," Beresford-Kroeger says. "It is the forest that maintains the greatest amount of oxygenation and water vapor on the planet. That forest manages the great ocean currents. Those forests actually rule the weather patterns."

But some areas of expansive boreal forest are being cut down. Swathes of Siberia's trees have been cleared for lumber, and currently Canadian forests are being leveled to make way for tar sands or oil development. In Canada, only 8 percent of the boreal forest is protected. 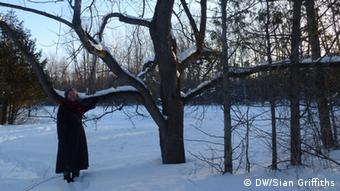 But Beresford-Kroeger notes that ancient forests have evolved over hundreds of years, and are impossible to replace. The massive acreage involved in tar sands development should not be underestimated, she adds. Such land amounts to "three times the size of Ireland."

Beresford-Kroeger remains convinced that protecting and expanding forests is the answer to tackling climate change. "Have a moratorium on [cutting down] the boreal forest," she says. "Expand the forests that are here. We need to recoup this country."

Oil giant TransCanada has struggled to get its Keystone XL pipeline built in the US and is facing fresh protest in Canada where activists fear a new pipeline could ultimately worsen climate change. (12.11.2013)

The Russian Republic of Komi is home to the world's largest carbon-capturing boreal forest. Efforts are on to better protect the vast area and involve the local population in conservation. (03.05.2011)