Canada: Most espionage since Cold War amid pandemic

The Canadian Security Intelligence has released its 2020 public report. The spy agency says that the frictions caused by the COVID-19 pandemic have led to a rise in foreign spying and interference. 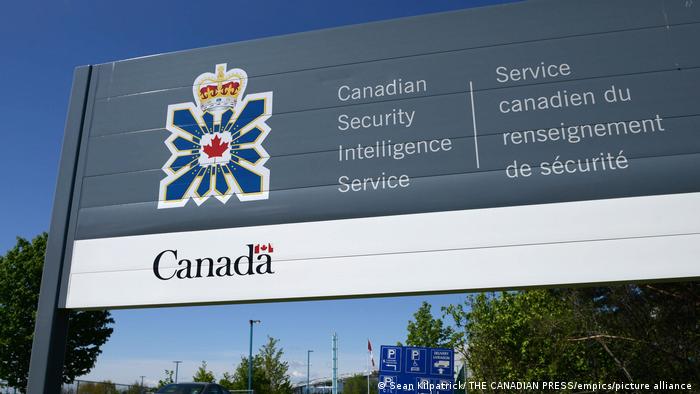 Espionage and foreign interference in or against Canada in 2020 was tracked "at levels not seen since the Cold War," a report published by Canada's spy agency said on Monday.

The Canadian Security Intelligence Service (CSIS) blamed the uptick, in part, on the fragility caused by the coronavirus pandemic.

Violent extremism and malicious cyber activity were also among the key security threats to the nation that "accelerated, evolved and in many ways became much more serious for Canadians," David Vigneault, Director of CSIS said in a statement published on the Canadian government website.

He pointed out that just as the world adapted to the pandemic environment so did the threat actors.

"The fluid and rapidly evolving environment caused by COVID-19 has created a situation ripe for exploitation by threat actors seeking to advance their own interests," Vigneault said.

Cyber-actors took advantage of the dependency of the world on the internet during the pandemic, CSIS reported.

"In 2020 our world became increasingly interconnected with many Canadians working from home, presenting more opportunities than ever for cyber-actors to conduct malicious online threat activity." Vigneault said.

Other examples included hackers seeking to gain information on medical research, for instance on COVID vaccines.

Chinese and Russian ops singled out

The spy chief added that in a bid to justify violence, violent extremists used online platforms to continue propagating harmful beliefs like xenophobia, along with conspiracy theories about the pandemic.

The report underpinned cloak-and-dagger activities carried out by China and Russia.

The CSIS said that the two countries, along with other foreign states, continued to "covertly collect political, economic, and military information in Canada through targeted threat activities" in support of their own development ambitions.

"An example of significant concern are activities by threat actors affiliated with the People's Republic of China that seek to leverage and exploit critical freedoms that are otherwise protected by Canadian society and the government in order to further the political interests of the Communist Party of China," the report said.

The observations in the report come nearly two months after Vigneault in February identified China as posing a serious strategic threat to Canada, while the CSIS also for the first identified state-sponsored programs in Russia, North Korea, Iran and China as cyber crime threats late last year.

China is investigating a Canadian couple suspected of stealing state secrets about Beijing's military and national defense research. It comes ones week after Canada accused Beijing of "state-sponsored" hacking.