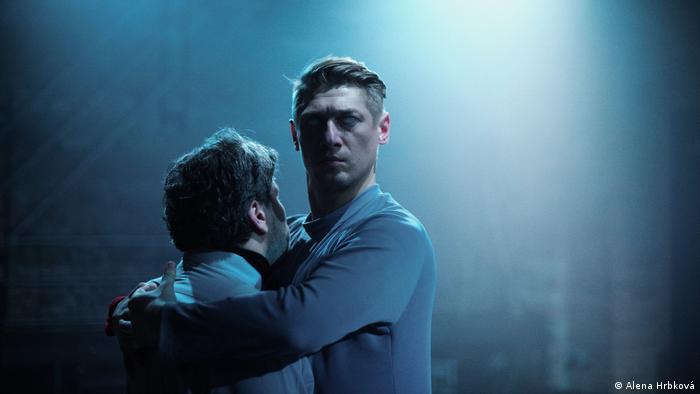 A scene from a play, written by a robot, that was performed in Prague last month

In early 2020, German-Austrian novelist and playwright Daniel Kehlmann wrote the opening lines of a short story: "I was looking for an apartment. It wasn't going well."

From the depths of global cloud computing, his co-author — a writing algorithm called CTRL — continued the tale: "Hey man, you have a tight ass, and you're not afraid of anything." That, apparently, was CTRL's vision of the storyline.

Kehlmann tried to stay on track by responding: "That's true, but about the apartment ..." His co-author stopped collaborating.

Robot writer neither success nor failure

Kehlmann described these experiences with machine prose in February in his first "Stuttgart Speech on the Future," a new lecture series in which personalities from science, culture and politics reflect on the future.

His "My Algorithm and Me" speech has now also been published as a book. Therein, Kehlmann recounts his writing experiment with AI during a visit to the Silicon Valley in February where he met CTRL and its creator Bryan McCann.

Kehlmann doesn't consider the story-writing venture a failure as it produced several beautifully absurd fragments. But AI tends to hit a wall when it comes to plots or character development. Kehlmann considers it a disoriented "secondary user" of human-written text.

"You'll notice that there is no one at home," said Kehlmann in his pithy style of his experience interacting with such "an 'unfeeling' problem-solving entity."

In February, the Svanda Theater in Prague live streamed the virtual premiere of the play AI: When a robot writes a play. The brainchild of a group of linguists working with computer and theatre experts, 90% of the play was written by AI.

Here too, some completely absurd plot twists were introduced, but then the algorithm spewed a cryptic statement from the depths of its "un-unconscious," as Kehlmann calls it. "I am going to tell you the secret of acting. But I'm not sure I want to," it said.

These are just two of the many writing experiments worldwide that are marking the way forward with text-generating AI.

When creating CTRL, it was partly trained with text from the popular social media platform, Reddit. The platform has discussion forums on almost every topic, including some that can get offensive and which algorithms such as CTRL can "feed off" to reproduce hate speech. After all, AI lacks an innate understanding of what humans find inappropriate. 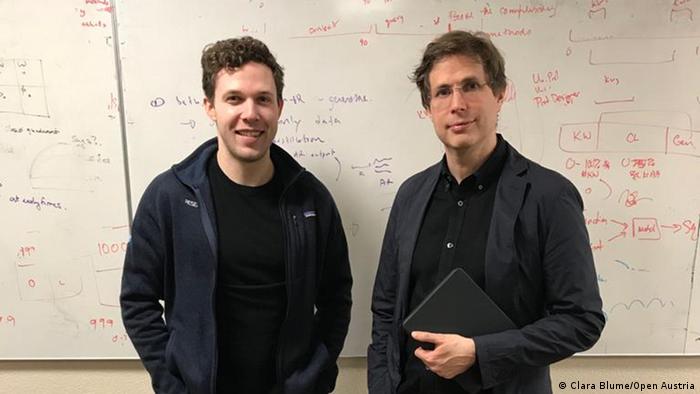 Second, AI has no concept of linguistic subtlety. Despite all the data used to train it, AI cannot intuit humor or metaphor. This would require contextual knowledge, a catalog of feelings and experiences built over time.

So what can algorithms do? They can calculate very well and produce statistically normal texts. For example, the word "I" in a text is more likely to be followed by the word "believe," as one finds with predictive text functions on their phone, for example. But an algorithm still struggles to place words such as "poison" or "lamp," Kehlmann explained.

Kehlmann adds that AI lacks "narrative consistency." Czech linguist Rudolf Rosa, who was part of the team behind the Prague play, calls it a "lack of aboutness."

In its current guise, AI also fails to address one essence of storytelling: the plot twist. This central narrative function requires more than merely stringing words and sentences together according to probability.

And then comes the "existential" significance of a text, or the abstract idea of an author's "voice."

"Narrating means planning ahead," said Kehlmann. "It means creating an inner coherence that runs through all the sentences, paragraphs. That's exactly what CTRL can't do, by definition. CTRL looks for the most likely twist, not of the plot but of the language."

Instead of judging how well AI performs in terms of human core competencies, perhaps we should rather explore the new aesthetics it introduces, suggests German digital lyricist and literary scholar, Hannes Bajohr.

He is critical of Kehlmann's AI experiment. "I think Kehlmann doesn't really get involved with AI, at least not aesthetically," says Bajohr. "It doesn't occur to him that you have to write literature differently with machines, and maybe different literature."

Bajohr says that CTRL was used like a "Kehlmann bot," which like the author himself, was oriented towards literary realism.

Instead, Bajohr points to AI's vast potential for experimental or surrealistic writing. He cites Allison Parrish, a poet and programmer from New York in the US, who has let algorithms invent new words among existing ones. For example, "north," "east" and "west" became "eaurth" or "woerth."

Bajohr feels that unconventional approaches like these are much more productive for artistic work. "Metaphors or jokes — well, they're not so good at that. But I don't know if that's necessary. It's more interesting to see what they can do well and what kind of literature results from that."

Alain Bieber: The Internet as the artist's digital workplace

Roundtable: How artificial intelligence is used to debunk fake news

MILEN members and other experts met to discuss how media organizations have been using AI to fact-check misinformation. The event was co-hosted by MILEN, DW Akademie and the British University in Egypt.

Paradise or Robocalypse - The curse and blessings of artificial intelligence

Use a voice assistant? Is "she" a slave to white male prejudice? Researchers Yolande Strengers and Jenny Kennedy say AI-driven voice devices in the home reinforce sexist stereotypes. But they've got a plan.