The International Finance Corporation says aid is important in times of crisis, but that more sustainable answers are needed in order to secure food supply in developing nations. 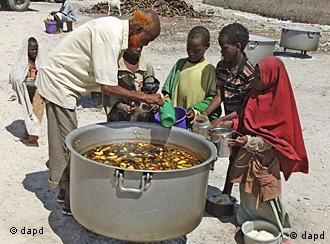 The IFC says investment in farms could secure food supply

Deutsche Welle spoke with Lars Thunell, who heads the International Finance Corporation, to find out about private sector investment aimed at food security in developing nations. The IFC is the private sector arm of the World Bank Group.

Deutsche Welle: Mr. Thunell, part of IFC's work aims to support the creation of jobs locally. Why is that important?

Thunell: What we see around the world now is that jobs are the major issue. We have - especially in the emerging markets, if you look at the Middle East for example - [a situation where] some fifty percent of the population is younger than 25. They want an opportunity, they want jobs. They want to be able to sustain themselves and have a family. So, it becomes critical and that's what we see in the Middle East, in Egypt, Tunisia. And it's not that people are not educated. The unemployment rate in a country like Tunisia for university graduates is 25 percent. They want jobs.

Why is the IFC focusing on agribusiness as part of its effort to reduce poverty?

If you look at the poor countries, most people actually live in the rural areas and they are engaged in farming, one way or the other. It is a very important part of their livelihood. In the Horn of Africa for example, we have people actually starving. So it is very, very important that we not only address the humanitarian issue that is [pressing] right now, but also the structural issue: How do we actually increase food production and the quality of food for the poor? 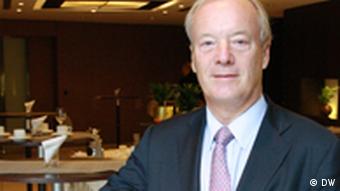 Poor people are much more exposed to increases in food prices and are really hurt by it. If you and I spend 25 percent of our budgets on food,[like] average families in the Western world… poor people very often spend 70 to 80 percent of their budget …on food. So, if food prices double, that really hurts tremendously. That's what you see right now.

You said in an article that aid is an important part of addressing the food crisis, but that it is not a sustainable answer. Can you explain what that means?

When you see children starving, which is so terrible, we need to give them food now. That's aid. But we also need to make these farmers sustainable, so that they can support themselves. They are, in many ways, small business men, you need to make sure their business can run, that they are not too sensitive to drought or flooding or things like that - and, that they can support themselves and their families for many years to come.

You have to address the full chain, all the way from … farm to fork. In Africa, 40 percent of the food that is produced perishes on its way to the consumer. So, what you have to do is work all along that supply chain, everything from bringing in cars with refrigerated [systems], so they can take care of the milk and bring it from the farms to the cities so it doesn't get destroyed. That's where we come in. We try to work with that whole chain, with food processing, distribution, having good shops … and so on.

I'm very interested in how you get people on board. You not only have to get local banks on board, there have been big funding drives in the US and Canada and all over the world. Could you explain to me how you convince institutions to take an interest in IFC's work?

On the international scale, if you take big companies like Syngenta, or Nestle, or Bayer, it's part of their business. They see the growth in the emerging markets going forward, because we're not going to have so much growth in Europe and the United States. So, they see a business opportunity and more and more companies are now seeing that the "bottom of the pyramid" - poor people - offer a business opportunity. 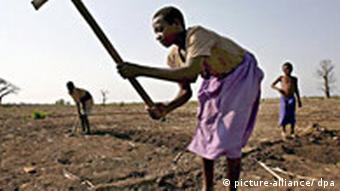 Farms in developing nations are vulnerable to weather events

IFC has been criticized in the past for failing to implement tools that assess how human rights have been protected. Could you tell me how human rights are addressed in your models for financing and addressing local poverty?

Well, our environmental and social standards are used by many banks and many international organizations. We are kind of the leaders there. This is always a balance. There are some of civil society [groups], in Europe and the United States, who think we should going even further. There are other people, in developing countries, who say that we live in a reality, where we have to find the right compromises. We have taken some steps forward … and these have been accepted. It is very important that our standards are being accepted by the people using them - like international banks. I think we have acceptance of that now. We found the right balance and are moving forward, let me just assure you that human rights from our perspective are very important, so that's not the issue.

Radically overhauling farming could both boost food production and protect the environment, scientists say. Paying for environmental services is one step that could also help people and the planet at the same time. (22.08.2011)

Securing the world's food supply in a changing climate

Against the background of the famine which has killed tens of thousands of people in the Horn of Africa region, a new multimillion-dollar research initiative aims to boost food security for the world's poorest countries. (01.08.2011)

Somalia continues to reel from famine and civil war. Deutsche Welle spoke with Somalia expert Markus Höhne about the country's problems and a possible way forward. (29.08.2011)

Listen to the interview with Lars Thunell of the IFC