Can Ikea make it big in India? 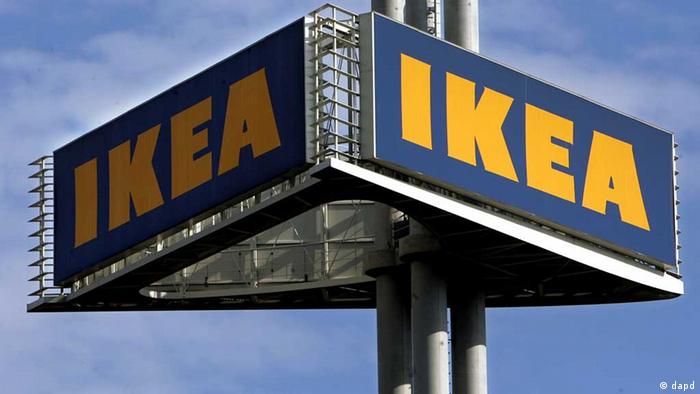 Furniture giant Ikea is all set to make its foray into the Indian market, some 12 years after it first tried to enter the South Asian nation. The company's first facility in the southern city of Hyderabad was initially scheduled for opening on July 19, but the much-awaited launch has now been moved to August 9 due to quality issues.

Despite potential customers expressing their disappointment at the delay, Hyderabad is abuzz with excitement for the launch. The debut facility in Hyderabad will comprise a massive 37,000 square meter outlet, complete with a 1,000-seater cafeteria.

The restaurant will be Ikea's largest and will cater to local tastes, with religious sensitivities in India dictating that beef and pork, staples of Swedish meatballs, will not be served. Instead, the menu will feature local delicacies like samosas and biryani.

Ikea has ambitious plans for the Indian market, with the company preparing to invest some $1.5 billion (€1.2 billion) in Asia's third-largest economy, which has witnessed rapid expansion over the past couple of decades. The Swedish multinational has already spent close to $750 million procuring sites for four stores, including the Hyderabad one.

The outlet in Hyderabad will have 850 employees and is expected to attract several million visitors a year.

India's furniture market, valued at around $25.7 billion in 2016, is largely fragmented with the absence of any dominant players. The industry is projected to grow at a brisk pace in the coming years, as India's ballooning middle class increasingly splurges on household furnishings. At present, Indians mostly buy their home-furnishing products from family-run shops located nearby.

It is unclear, though, whether Ikea — which revolutionized household furnishings with its range of affordable ready-to-assemble products — will be able to draw price-sensitive Indians away from satisfying their furniture needs at local, family-run shops.

Given the price-conscious nature of the average consumers in India, Ikea has promised that the country is likely to be its least expensive market worldwide. More than 1,000 products priced under 200 rupees ($2.94) will be on sale, the firm said.

Patrik Antoni, Ikea's deputy country manager for India, told DW that his team had visited as many as 1,000 Indian households as part of its years-long research into the market here. "We have done over a thousand home visits and interviewed people to try to understand their needs, dreams, aspirations and how they feel about their home," said Antoni.

When asked how Indian households differed from those in other markets, Antoni said: "I call it a '24-hour' bedroom in India. In many other markets, like Sweden or Portugal, a bedroom is a place where you sleep and store things. You don't do any activities there."

"But in India, the bedroom is filled with activities throughout the day. People sleep there; they do their make-up there; they store products; watch television; they might even have dinner in that room together; they may even have guests," explained Antoni.

This dictated Ikea to come up with unique solutions offering a variety of services to suit the needs of Indian homes. "It's not about creating new products. We already have about 10,000 products with us in our end. It's about how we combine these products to meet India's expectations," said Antoni.

Furthermore, it's doubtful how receptive Indian consumers will be to the idea of assembling the products by themselves. So unlike in other countries, Ikea even has a dedicated in-store team for assembling. The company has also teamed up with UrbanClap, an online platform that helps connect handymen with consumers.

Ikea first tried to enter India in 2006 but was foiled by strict foreign direct investment (FDI) rules that required foreign companies to sign up with a local partner. Seven years later, the rules were relaxed to allow foreign businesses to own retail stores operating under a single brand, clearing the way for Ikea's entry into India.

Flipkart vs. Amazon — the online retail battleground heating up in India

Five years after entering the Indian e-commerce industry, Amazon dominates the market alongside domestic retailer Flipkart. But that could change with the impending arrival of Walmart. Vasudevan Sridharan reports. (17.04.2018)

With declining iPhone sales, Apple has put the Indian mobile phone market in its crosshairs. The world's most valuable company is edging closer to a deal to produce iPhones in India and sell them in Apple stores. (01.02.2017)