Can Germany′s social market economy system cope with another 70 years? | Business | Economy and finance news from a German perspective | DW | 02.10.2019

Germany's prosperity has often been pinned on its form of business responsibility known as the "social market economy." It moved with the times and withstood German unification, but can it hold up to today's challenges? 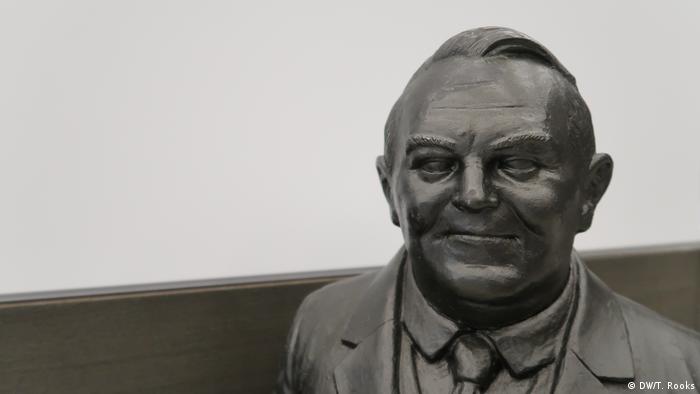 The German economy is the third-strongest in the world and Germany is an export giant. Unemployment is low. Compared with their American counterparts, German employees work on average 400 hours less a year, enjoy long holiday breaks and a strong safety net. What accounts for all this good luck? Many point to the country's "social market economy" system, the soziale Marktwirtschaft.

The term was first coined by the German economist Alfred Müller-Armack in 1947 after the end of World War II. It was a time when the Allied military command rationed food and goods, enforced price and wage regulations, and cigarettes were a real substitute for currency.

Soon Ludwig Erhard started to use the phrase to describe his ideas for Germany's post-war economy. And though at the end of the war, Erhard was nearly 50 and had never held any political office what he said mattered, because he became economy minister of West Germany in 1949. It was a position he held until 1963. 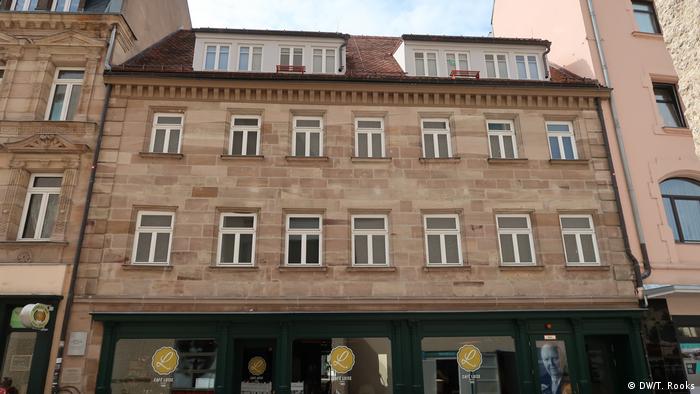 Getting West Germany working again after the war was more important than simply making products or money. Getting people into jobs brought about social peace at a difficult time, and if the country was successful it could fend off communism.

Other countries like France, Italy and Austria also experienced a boom, but nothing like Germany, and these years have broadly come to be described as a time of miracles. Erhard for his part has been nicknamed the "father of the German economic miracle" and often called the "incarnation of prosperity" or simply the "miracle man."

"The outstanding economic development of Germany after the Second World War has been significantly influenced by the social market economy," Jörg Rocholl, president of the European School of Management and Technology (ESMT) in Berlin, told DW. "Its biggest merit is the balance between work and capital in enabling competition. On the one hand, it gives companies the greatest possible freedom. It uses social elements to ensure that those who cannot successfully participate in the economy are socially secure."

In the past 70 years the workings of Germany's social market economy have widened and now encompass more than Erhard imagined. His ideas were something between the extremes of ultraliberal laissez-faire economics and a Marxist socialist — in other words a planned — system. Performance-based competition was the key to it all.

Basically he wanted a minimally regulated free market economy without day-to-day government interference where supply and demand determined prices, wages and what was produced. He called for private property rights, tough antitrust laws and codetermination, a system that puts worker representatives on company boards in the hope of reaching a consensus on wages, benefits and working conditions. 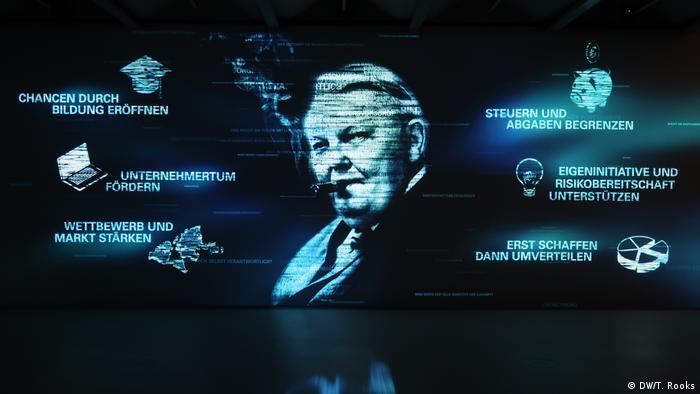 Some of Erhard's ideas are shown in the center's Room of the Future: Limit taxes; create before you distribute; support risk-taking, personal initiative and entrepreneurship; strengthen competition and markets

Perhaps what Erhard wouldn't recognize today is the country's welfare system. He loved entrepreneurship and always put the "market" before the "social" in his social market economy and was not in favor of excessive social benefits. He wanted people to work hard and stand on their own as much as possible. Today's current health care, pension and unemployment systems go beyond his ideals.

Jörg Rocholl from ESMT notes that the principles of the social market economy are slowly being softened. He criticizes the government for increasingly intervening in pricing and market mechanisms. A perfect example of this is the current discussion around putting a temporary hold on housing rent hikes in Germany. Not only that, but authorities want to set price limits in the future to cushion rising rents.

"Any artificial slowing down of the price mechanism like we saw in East Germany leads to a decline in investment and the building infrastructure suffers. In the end, nobody benefits," said Rocholl. 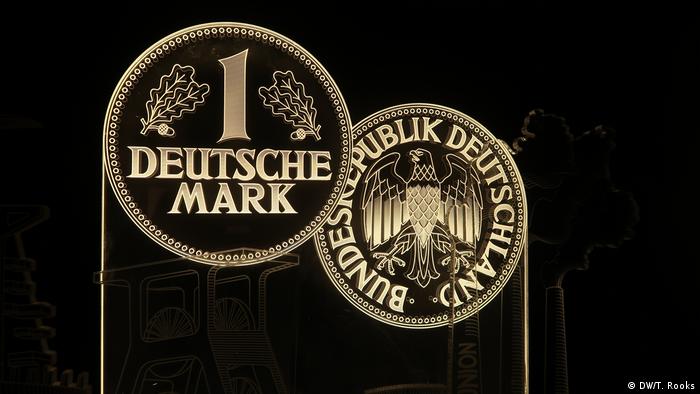 The German mark was the official currency of West Germany and was first issued by Allied occupation forces in 1948. It served as the country's cash through the unification with East Germany until 1999 when it was replaced by the euro

Especially this year when Germans are celebrating the 30th anniversary of the fall of the Berlin Wall and the subsequent unification of East and West Germany, many people in the former East feel that they have been left behind. It's not hard to imagine how surprised people in East Germany felt when a new economic and social system was imposed on them in 1989. After all, they had lived in a planned socialist system for many decades and have struggled to catch up.

"The situation in Eastern Germany is not due to the fact that a market economy is bad, but rather that the East German system was economically finished even before 1989," explained Rocholl, referring to secret internal government reports.

"Even before the fall of the Berlin Wall in October 1989, Gerhard Schürer, head of the Central Planning Commission of East Germany, had submitted a secret report on the economic situation of the country to the politburo," according to Rocholl. "The report showed the catastrophic state of the production facilities because of worn-out equipment and an enormous need for repairs. In addition, it showed that the country was already so heavily indebted abroad that a state bankruptcy was imminent."

Despite the challenges of integrating East and West in the past three decades, as a whole the unified Germany has roared ahead economically. Today many countries look at its current success to see what parts they can take from it.

Erhard called for "prosperity for all" and indeed Germany is riding high at the moment despite a slight recent downturn. When things go well, people don't ask questions. From 2005 to 2019, unemployment dropped from 10% to 5%. But the moment things turn sour, the tides will turn on whatever system is in place. 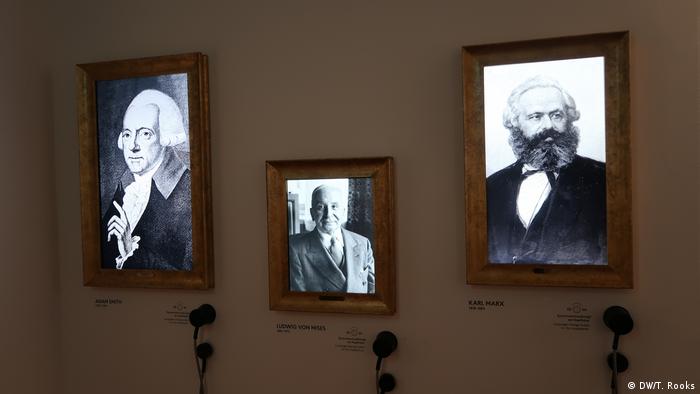 Adam Smith and Karl Marx are part of the exhibition at the Ludwid Erhard Center in Fürth, Germany

This is a long list. Additionally, many businesses say they need more flexibility, especially when it comes to hiring and firing workers. No one system can be everything to everyone, yet it seems like the social market economy is being attacked on all sides. Should the economy tank as some are predicting, the cries for it to be dismantled will only grow.

Germany must rise to these enormous challenges. The KfW report hit the nail on the head when it stated "securing prosperity is a permanent task." The government will be called on to bring about more social peace and solutions to some big problems.

"In his book 'Prosperity for All,' Erhard wrote that as economy minister, he was not the representative of large commercial enterprises and cartels, but someone who had to promote the well-being of everyone by ensuring competition. Exactly this point is more important today than ever. How do we deal with big, powerful companies like the big tech giants? What kind of competition regulation do we need?" concluded ESMT's Rocholl.

To stay on top in a changing world, Germany may need to come up with a new "economic miracle" plan.

Germany is known for an efficient workforce. However, this may be outdated when it comes to company culture. Now to keep top talent, many companies are following startups and trading in ties for T-shirts. (06.09.2019)

In Germany, talent recruiters complain of the same things over and over. Here are a few tips to help you make it to the next step in the application process. Though many sound obvious, don't underestimate them. (02.08.2019)