Can environmental films help save the planet?

Environment protection is no longer just a focus of documentaries. It’s long been the subject of mainstream films too. Yet, in spite of growing awareness, getting people to act to save the planet remains a tough task. 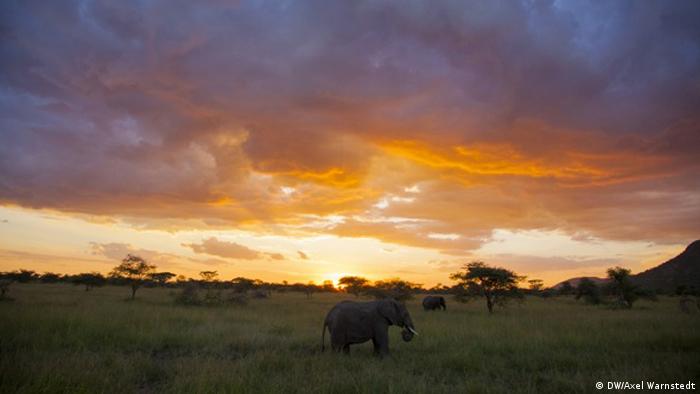 A vast brown savanna stretches on endlessly as a camera, anchored inside a plane, captures a herd of antelopes on the run from poachers. Gamekeepers in jeeps are hot on their tracks. As the vehicles come to a halt, the narrator’s voice explains that 20 poachers have been captured.

It’s a scene from Bernhard and Michael Grzimek’s 1959 film "Serengeti shall not die," an Oscar-winning feature that revolutionized wildlife documentaries and is considered a classic. The Grzimek’s championed the Serengeti and, with their film, fought to put an end to poaching and big game hunting.

Today, more than 50 years later, their influence is still strong. Almost every year, major environmental documentaries such as "Winged Migration," "Oceans," and "March of the Penguins" explore animals and ecosystems under threat - and millions of viewers pour into theaters or sit in front of their televisions to share the experience.

In fact, the number of environmental movies has exploded in recent years, prompting talk of a new ‘green wave’ in film making.

Environmentalism on the big screen 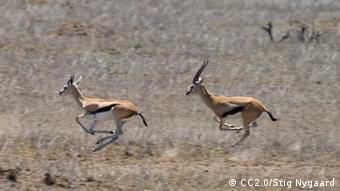 Safari movies like the 1910 “Roosevelt in Africa,” were the first environmental films. The silent documentary featured US President Roosevelt hunting big game in Africa

Animation films like "Happy Feet" and "WALL-E" have brought important environmental issues such as overfishing and recycling to mainstream cinemas. Blockbuster thrillers like "The Day after Tomorrow" and "Waterworld" dramatize the consequences of climate change, and the sci-fi box office hit "Avatar" sparked a debate on the exploitation of earth’s natural resources.

Even Hollywood stars have adopted the cause, like in Leonardo DiCaprio’s 2007 documentary film “The 11th hour” which painted a grim picture of the state of the environment.

There has been no shortage of warnings of dire consequences if global warming isn’t curbed and appeals to protect and preserve the environment. Yet, they don’t seem to make much of an impact.

"People don’t want to be preached at, they want to be entertained," says Gregg Mitman from University of Wisconsin in the US. He’s written a book about the development of nature films in his native country, called "Reel Nature: America’s Romance with Wildlife on Film."

Mitman doesn’t believe in scaring people into action, but he says portraying nature as pristine and untouched sends the wrong signal, too. All too often, says Mitman, major, expensive environmental productions focus on a romanticized image of nature beyond human influence, forgoing the chance to show how humans truly affect their environment and what consequences that has. "Those are films about places without people," he says. 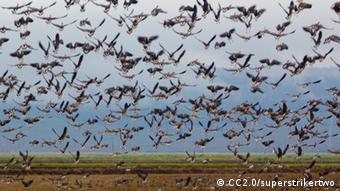 The documentary “Winged Migration,” which captures the sensation of flying with the flock, was a big hit with the public

Over the years, the spectrum of environmental movies has expanded to include different perspectives and styles. Chris Palmer, director of the Center for Environmental Film making at the American University in Washington DC, says classic wildlife documentaries are still powerful, but they have to find new ways to reach a broader audience. Famous personalities, charismatic characters, powerful footage and humor are all devices that help draw in an audience and ensure that they’re listening to the message, he adds.

Above all, a gripping storyline is the most crucial ingredient with movies floating or sinking on the strength of the plot. But it’s easier to create a thrilling plot in a fiction film than a documentary.

Still, there have been successes, like the 2009 documentary "The Cove" which explores the targeted mass killing of dolphins in Japan. It’s a movie that, despite being non-fiction, unfolds like a thriller, complete with undercover investigations, hidden cameras and nighttime break-ins. "The Cove" won an Oscar and sparked global protests against dolphin hunting. 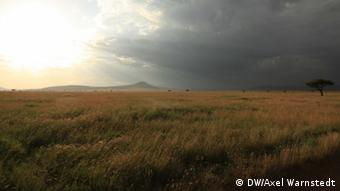 Nearly every corner on earth has been reached by man, but many environmental films still idealize nature as pristine and untouched. Critics accuse them of escapism

Environmental films do manage to raise awareness on major issues and push some viewers to rethink their commonly-held beliefs - but not far enough.

"There’s hardly any proof that these films have an effect," says Chris Palmer. The jump from awareness to action is too great for most. "When the movie’s over, only 50 percent of the work has been done," he says.

That is why such films have to be accompanied with public campaigns. Thanks to social media and the internet, it’s become much easier to reach more people, and on a wider scale. "Sharkwater," the documentary on how illegal shark hunting is driving the creatures to extinction, was marketed aggressively on Facebook, Youtube and Myspace.

Other filmmakers take their movies directly to the stakeholders to make a real difference. The makers of "Blue Vinyl," a documentary about the dangers of polyvinyl chloride, managed to convince various companies to ban the synthetic material from their products.

Still, little has happened on the political stage. Despite the protests after the movie "The Cove" was released, Japan has done nothing to stop dolphin hunting there. 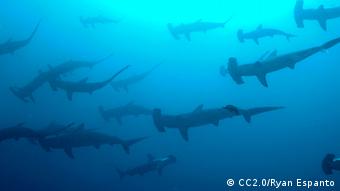 Sharks are often portrayed as bloodthirsty creatures. But documentaries like “Sharkwater” dispel those myths and show why sharks are also threatened

Former US presidential candidate Al Gore’s hit documentary "An Inconvenient Truth" is another example: the film, which warns of how global warming will change the world, was one of the highest grossing documentaries in American history and was even honored with an Oscar. But politically, the film had little effect: Washington has consistently refused to sign onto binding agreements at international climate conferences.

It seems that in addition to powerful and successful box office hits, plenty of patience is needed before the dire warnings of environmental destruction translate into political action.