Can cash-strapped Italy protect its monuments? | Europe | News and current affairs from around the continent | DW | 13.11.2012

Can cash-strapped Italy protect its monuments?

There are more UNESCO World Heritage sites in Italy than in any other nation, but as the financial crisis bites, will Italy's heritage crumble to dust? 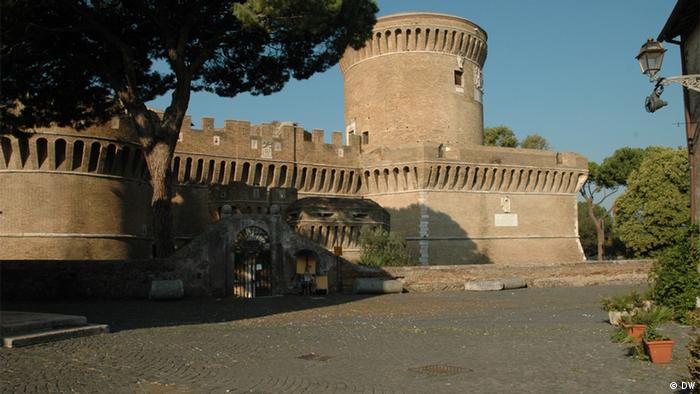 Italy's financial woes are well reported. But there is one casualty of the shortage that gets less coverage: The reduced funding for the country's museums and monuments.

Just a half-hour train trip from central Rome lies a little-known historical landmark, that may soon be forced to close its gates. The Castello di Giulio II or Julius the Second's Castle, is a centuries-old structure. Overlooking the ruins of Ostia Antica, the ancient harbor city, it has always been over-shadowed by its more famous neighbor, but until recently, it had managed to thrive. Its future, however, is uncertain.

"We have a real shortage of staff lately, like all cultural heritage sites," Castle guide Donatella Dotti says.

"You can only visit the castle now on Thursdays." 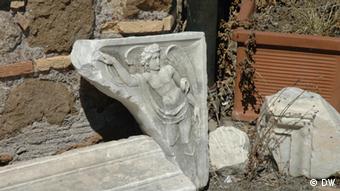 Without funding, the marble will eventually crumble to dust

Dotti has been been conducting tours of the castle since 1996. Until recently, it kept her busy all week. For decades, the Castello was open every day except Monday. But recently the tours were drastically cut. Now they take place just once a week - at 11am on Thursdays - and only if visitors phone to book first.

Confused tourists often cluster around the sign on the Castello gate, advising them of this fact. "Thursday only?" they ask. "Yes, just Thursday," passing residents of the nearby village reply.

The Castello di Giulio II is one of just two castles in the city of Rome. Cardinal Giuliano della Rovere financed its construction between 1483 and 1487, entrusting the work to Florentine architect Baccio Pontelli. (The Cardinal became Pope Julius the Second or Giulio II, famous for being Michelangelo's patron.)

The castle was of immense strategic importance. Customs officials at the Castello collected duties for the Vatican from ships sailing to Rome. It protected the last bend of the Tiber, before the river emptied into the sea. Constructed of marble and other materials from the nearby ruins, it was built for war. From the battlements above, where the cannons were fired and boiling oil poured through channels, to its moat below, everything was designed for defence.

"There are ovens for cooking bread, ammunition stores, grain stores and mills and so on. There is everything needed to survive a siege - even one lasting for months," Donatella explains to visitors, as she conducts a tour. 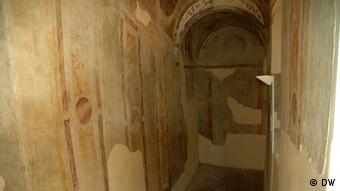 Should the fading frescos be preserved?

The castle also reflects Pope Julius the Second's great love of the arts. Frescos, created by artists of the Baldassarre Peruzzi school, remain over the main staircase leading to the papal apartments. A restoration effort four years ago revealed paintings of the trials of Hercules and cameos of ancient Roman emperors. But Dotti says the restoration work came to a halt before it was complete.

"These frescos were supposed to be restored in three phases," she says. "The first two phases are finished. They should start soon on the third. I don't know when [it will happen]. The sooner you begin the work, the sooner you stop the decay," she explains. But in cash-strapped Italy the heritage dollar is stretched too thin.

There are more UNESCO World Heritage sites here than in any other nation, 47 at the last count, but in the past few years, the culture budget has been drastically reduced. There's barely enough to maintain and preserve them. There's also a critical shortage of staff. Recently the government proposed the sale of hundreds of historic buildings, to reduce debt.

The Castello is just one of many needy venues. In 2011, the Farnesina, the Italian foreign office, registered that Italy donated 25 million Euros (about 35 million dollars) to UNESCO projects and institutions, and 14,3 million Euros to the cultural programmes, making them the 6th largest donor in the world. But even the Italian government is facing having to scale down that budget, or at least ask questions about where, and how, the money is spent within UNESCO.

The rise and fall of the castle 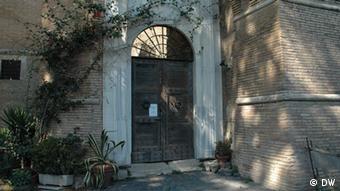 Door to the future - A crumbling heritage?

"We want to be optimistic and hope the castle will be open more often in the future," Donatella Dotti says. "People like it a lot. The tour is always full and the castle is worth it."

The castle's fortunes though have always risen and fallen. In the 1500s, barely sixty years after it was built, there was a terrible storm. The Tiber, which once flowed just past the moat, changed its course, leaving the Castello high and dry. A year after surviving a Spanish siege, overnight, the castle was rendered obsolete. For three centuries afterwards, it languished - the centre of a malaria-ridden swamp. At most it was used as a machinery store and a prison.

"The prisoners at the castle were taken out each day to move the earth from the ruins of Ostia Antica. The history of the castle is linked to the dig in this way." In the 1900s, the castle underwent extensive restoration. It's now almost back to its former condition. But jockeying for attention amid thousands of other historical treasures in Italy, Roman ruins, Renaissance churches and priceless artworks, it's struggling for recognition. The castle may have survived its stormy past, fighting off invaders and tempests, and housing prisoners and Popes in the centuries since it was commissioned by Michelangelo's patron, but now its future is uncertain.

Venice is a UNESCO World Heritage Site, but ironically, cruise ship tourism is threatening to overwhelm the sinking city. Can a balance be found before it turns into "Veniceland?" (09.11.2012)

Homer called olive oil "liquid gold," and for thousands of years it has been the basis of the Mediterranean diet. With this year's harvest upon us, DW takes you to Italy for the liquid gold judged best in the world. (23.10.2012)

Will Italy's heritage crumble to dust?