Campus stampede after explosion in Kenya

One student has been killed and at least 141 injured in a stampede on the campus of the University of Nairobi in Kenya. An electrical transformer explosion triggered fears of a terrorist attack. 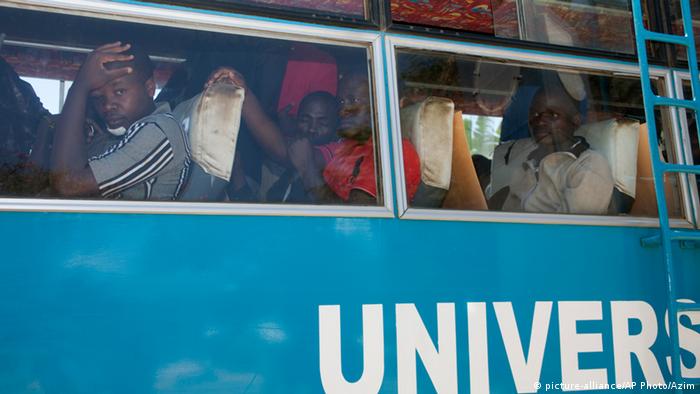 The explosion of an electrical transformer early on Sunday on the Kikuyu campus of the University of Nairobi caused a mass panic. Students thought the campus was being attacked by Islamist extremists, said Peter Mbithi, the university's vice chancellor.

A male third-year student died and at least 141 were injured. The student was among others who jumped from residence halls as high as five floors up, Mbithi told Reuters.

Students said the incident evoked memories of the terrorist attack on Kenya's Garissa University College on April 2, when 148 people were killed by Somalia's al-Shabab extremists. The al Qaeda-aligned Islamist group has murdered more than 400 people in Kenya over the last two years, including 76 during a siege at Nairobi's Westgate mall in 2013.

Students from the Nairobi campus called on the government to do more to secure all universities. "I'm not feeling 100 percent safe on campus but I will continue with my studies," third-year student Felix Muriuki told Reuters after the stampede.

In response to the massacre in Garissa, the Kenyan government asked the UN on Saturday to relocate the world's largest refugee camp from northeastern Kenya to Somalia. In the past, authorities have accused Islamists of hiding within the camp that houses hundreds of thousands of refugees from war-torn Somalia.

As Kenyan authorities continue the search for those responsible for last week's Garissa massacre, students in Nairobi paid their respects to the dead and called on the government to improve national security. (07.04.2015)