Firefighters are rushing to save General Sherman and a grove of around 2,000 other sequoias. They are hoping the Giant Forest will survive unscathed. 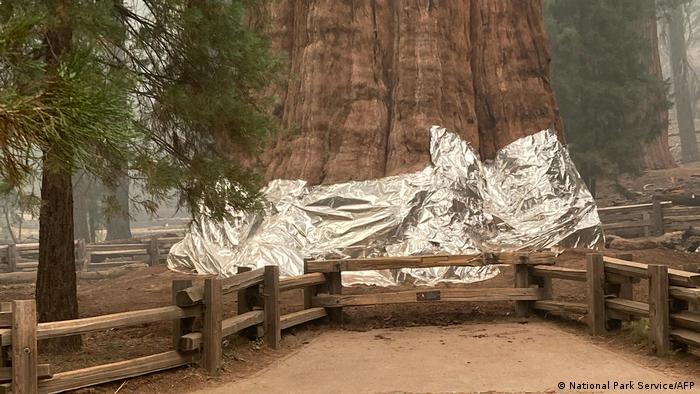 Firefighters wrapped the base of the world's largest tree in a fire-resistant blanket on Friday in an attempt to protect it from a wildfire burning in California's Sierra Nevada region.

General Sherman, which is the largest in the world by volume at 52,508 cubic feet (1,487 cubic meters), is in Sequoia National Park's Giant Forest in a grove of around 2,000 gigantic old-growth sequoias.

Some other sequoias, the Giant Forest Museum and other buildings were also wrapped for protection, fire spokeswoman Rebecca Paterson said.

The Colony Fire, one of two burning in Sequoia National Park, was expected to reach the Giant Forest within days, fire officials said.

But the fire did not grow significantly on Thursday as a layer of smoke reduced its spread in the morning, fire spokeswoman Katy Hooper said. 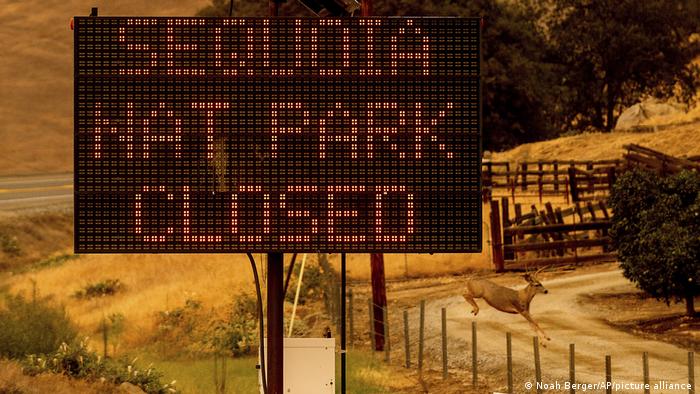 How are the sequoias being protected?

Federal officials say they have been using the material for several years throughout the US West to protect structures from flames.

A national interagency fire management team is overseeing efforts to fight both the Colony Fire and the Paradise Fire. They have carried out operations to burn away vegetation and other fuel that could feed the flames near the giant trees.

"Hopefully, the Giant Forest will emerge from this unscathed," Paterson said. 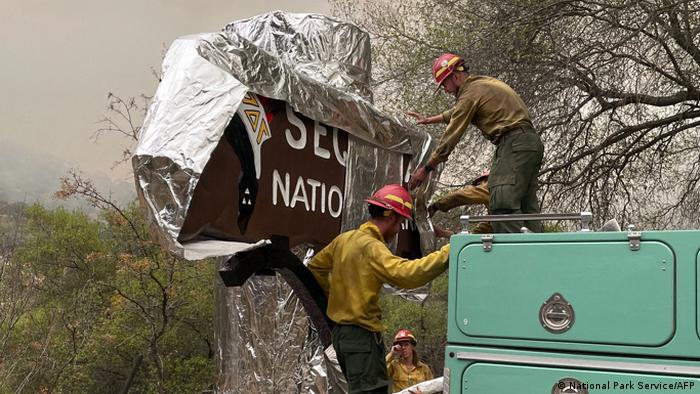 Giant sequoias are naturally adapted to fire. The intense heat from wildfires releases seeds from their cones and creates clearings that allow young sequoias to grow.

But the extraordinary intensity of recent wildfires can overwhelm the trees.

That happened last year when the Castle Fire killed an estimated 7,500 to 10,600 large sequoias, some of which were thousands of years old, according to the National Park Service.

Historic drought and heatwaves tied to climate change have made wildfires harder to fight in the American West.

Scientists say climate change has made the region much warmer and drier in the past 30 years and will continue to make weather more extreme and wildfires more frequent and destructive.