The recall effort threatens incumbent Democratic Governor Gavin Newsom. Three Republicans have said they would run against him in a vote that could come in the fall. 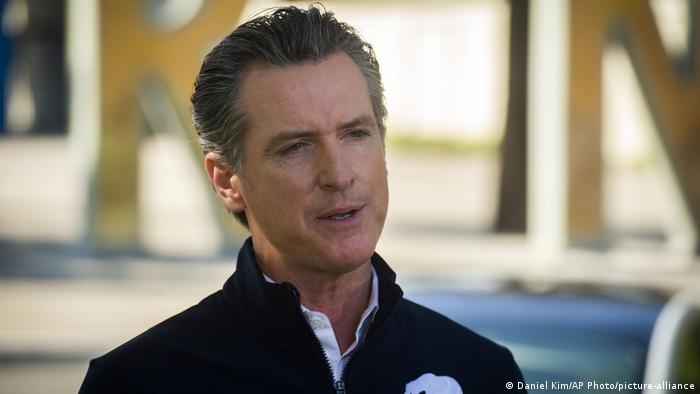 The petition to recall Newsom has so far received 1.6 million valid signatures, according to California's Secretary of State office. Officials have until Thursday to provide a final count of the signatures.

Although California has not officially approved the recall election, it will most likely take place next fall. Voters will have 30 days from Thursday to decide whether they still want to go forward with the recall.

So far, three Republicans have entered the race to defeat Newsom, with celebrity and transgender activist Caitlyn Jenner the most recent candidate to join the fray.

Why are Republicans pushing for the recall?

Republicans have criticized Newsom's restrictions to combat the ongoing coronavirus pandemic. The California governor has also been criticized for partaking in a dinner at the swanky French Laundry restaurant in October north of San Francisco, as the state was under a partial lockdown.

Newsom was the first governor to issue a statewide lockdown order in March 2020, at the onset of the pandemic.

Republicans and other Newsom critics have also slammed California's high taxes and high rate of homelessness under his leadership.

Will Newsom survive the recall?

Newsom was elected in 2018 with 62% of the vote, after having previously served as the state's lieutenant governor and the mayor of San Francisco.

"The Republican recall threatens our values and seeks to undo the important progress we made — from fighting COVID, to helping struggling families, protecting our environment, and passing commonsense gun solutions," Newsom tweeted on Monday. "There's too much at stake."

Newsom will likely survive the recall, due to California's status as a stronghold for the Democratic Party.