The US state of California rang in the new year on a high, becoming the largest regulated market for marijuana. Adults aged over 21 can now possess up to one ounce (28 grams) of pot and grow up to six plants at home. 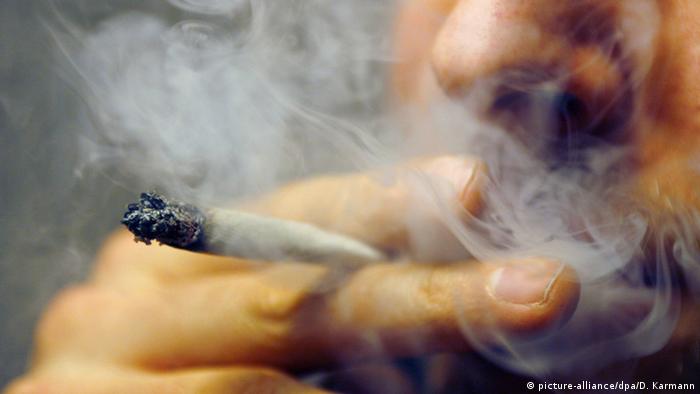 After becoming the first US state to allow the sale of marijuana for medical purposes some 20 years ago, California on Monday legalized the use of recreational pot for all adults aged over 21.

California has become the country's sixth state where recreational pot is currently legalized, along with the nation's capital, Washington DC, back in November 2016, when voters passed a ballot measure known as Proposition 64 that immediately legalized all personal possession of recreational marijuana.

However, it has taken California authorities more than a year to design a licensing, regulatory and tax structure for regulated distribution chains.

Even on Monday, many Californians struggled to find a legal recreational dispensary. Only around 90 businesses were granted state licenses to begin selling legally from January 1, all of which were concentrated around San Diego, Santa Cruz, the San Francisco Bay Area and the Palm Springs area.

The state's two largest cities, Los Angeles and San Francisco, are among the areas where recreational cannabis will not be immediately available because local regulations were not approved in time for the state to begin issuing the necessary permits. Meanwhile, the cities of Fresno, Bakersfield and Riverside have adopted laws that outright forbid the sale of recreational marijuana.

The state of American weed

The move to legalize marijuana in California, the US' most populous state with almost 40 million people, saw the state become the world's largest commercial market for recreational marijuana.

The weed market is expected to generate an additional $1 billion (€833 million) in tax revenue.

Read more: How the Summer of Love came to San Francisco 50 years ago

Today, 29 US states have legalized medical marijuana, while Coloradoand Washington became the first states in 2012 to legalize recreational use.

Four more states, including California, have legalized recreational use since then. In Massachusetts and Maine, retail sales are set to start in July.

Nevertheless, the US federal government continues to classify weed as a controlled substance, along with other drugs such as heroin and LSD.

California: 'Best things about a democracy'

Despite a number of states introducing sweeping new measures to make marijuana more legally accessible, officials continue to raise their concerns over the prospects of potentially more widespread cannabis use.

"There's going to be a public-health cost and a public-safety cost enforcing these new laws and regulations," Jonathan Feldman, a legislative advocate for the Police Chief Association, told The Associated Press news agency. "It remains to be seen if this can balance itself out."

Authorities have also highlighted the added costs of policing the proposed new regulations associated with legalized cannabis, as well as those brought about by an existing black market.

Marijuana retailers in California will at first be allowed to sell the drug without any full regulations, but the state intends to step in later to test for potency, as well as the use of pesticides and other contaminants.

Meanwhile, the black market for marijuana is expected to continue to thrive despite legalization, particularly as the new laws are expected to introduce a number of taxes and fees that altogether will see the cost of retail cannabis climb by as much as 70 percent.