CAF election: African football is at a crossroads

The Confederation of African Football is gearing up for what promises to be a key election. The current president has been banned from all football-related activities, but he may be still allowed to run for re-election. 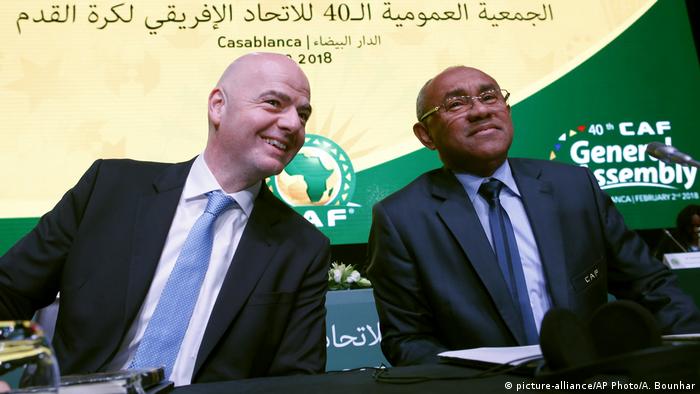 It was almost a month ago that the president of the Confederation of African Football (CAF), Ahmad Ahmad, took to social media to congratulate Morocco for its victory over Mali at the final of the African Nations Championship. The man from Madagascar will be hoping that on March 12, he will be on the receiving end of congratulations not just from Morocco, but from national federations all over the continent on winning a second term as CAF president.

As things stand, though, the chances of that happening look slim.

Whoever does become the president of CAF will have a relatively free hand to plot a new course for the federation — which hasn't always been the case.

For six months of Ahmad's first term, FIFA General Secretary Fatma Samoura and her team were tasked with overseeing CAF in a mission aimed at improving the governance of the confederation. In February 2020, FIFA declared that Samoura's mission had been "successfully completed."

While the successful candidate can expect to have more freedom to implement whatever changes he sees fit (all the declared candidates are men), he will still be taking charge of the confederation at a difficult time in its history. FIFA's involvement was widely seen as an era of dual leadership at CAF.

"The CAF has been seriously weakened as an institution," Mansour Loum, a Senagalese sports journalist told  DW. "The electoral assembly (on March 12) is an opportunity to usher in a new era."

Will he or won't he?

However, the big question on the minds of everyone connected with African football these days is: Will Ahmad Ahmad, who in 2017 became CAF's first new president in three decades, even be allowed to stand for re-election? The answer is at least partially in the hands of the International Court of Arbitration for Sport (CAS) in Lausanne.

The Malagasy's bid for re-election initially appeared to have been scuppered by a ban from all domestic and international football-related activities handed down by FIFA last November.However, just two days later he appealed the decision and at the end of January, the CAS agreed to expedite Ahmad's appeal process — with his first hearing set for this Tuesday.

FIFA had imposed the ban over a series of offenses relating to a luxury trip he took to Mecca with other officials, as well as the awarding of a contract to a sports equipment company owned by a friend. He has also repeatedly been accused used of sexually harassing women.

In its statement, FIFA said that Ahmad had "breached his duty of loyalty, offered gifts and other benefits, mismanaged funds and abused his position as the CAF President, pursuant to the FIFA Code of Ethics."

However, Ahmad is free to campaign for re-election pending the CAS ruling on his appeal.

Last month, the CAF's Executive Committee essentially passed the buck on the issue, agreeing that FIFA would have the final say on whether Ahmad would be free to run or not. The CAF Governance Committee has expressed no objections to his running for a second term. However, many observers believe FIFA will do everything possible to prevent Ahmad from running again, no matter which way the CAS decides.

While Ahmad's candidature remains up in the air, four other presidential candidates have thrown their hats into the ring. Among them is 59-year-old Patrice Motsepe, a billionaire who happens to be the brother-in-law of South African President Cyril Ramaphosa. His African Rainbow Minerals group operates coal, iron, nickel, copper, gold and platinum mines. Motsepe is the president of South African first-division club Mamelodi Sundowns of Pretoria. However, the South African FA is not thought to be supportive of his candidacy for the CAF's top job. 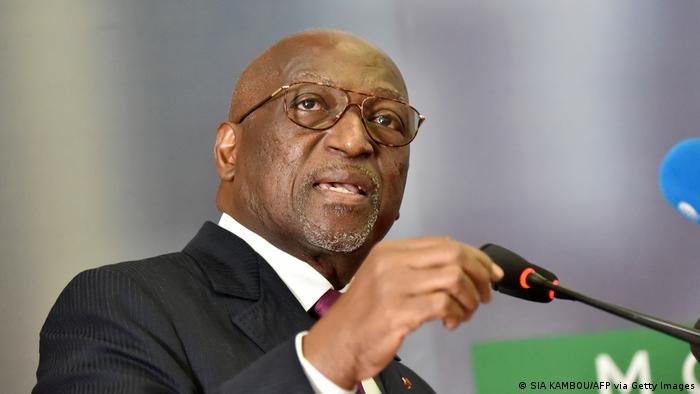 It's a different story for Jacques Anouma. The 70-year-old president of the Ivorian Football Federation is quite popular, partly because of his efforts to professionalize the game in the Ivory Coast, or Cote d'Ivoire, since taking the post in 2002. From 2007 to 2015 he was also a member of FIFA's Executive Committee.

The other two candidates, Ahmed Yahya and Augustin Senghor, also head their countries' soccer associations; Yahya in Mauritania, Senghor in Senegal. They, like Anouma, are from West Africa, and the election of any of the three would be a first, as there has never been a CAF president from this part of the continent.

However, it's still an open question whether Yahya and Senghor will even be in the race by the time the CAF delegates cast their ballots. Prior to Ahmad's ban, both had pledged their support for the incumbent, so in theory at least, one or both could withdraw, should Ahmad be allowed to re-enter the race.

"It's very important who will win on March 12," Mansour Loum said, partly because for the first time there are many candidates "trying to restore the image of an institution that has lost prestige and influence because of the many internal struggles within FIFA."

There can be little question that with or without Ahmad Ahmad, the March 12 election will have a significant impact on the future direction of African football.

Issa Hayatou has been voted out of office after 29 years as president of the Confederation of African Football. He was defeated by Ahmad Ahmad (pictured) of Madagascar.