Dozens have died after a military transport aircraft carrying troops and family members crashed in eastern Algeria. The C-130 Hercules aircraft crashed in Oum El Bouaghi, about 500 kilometers east of the capital. 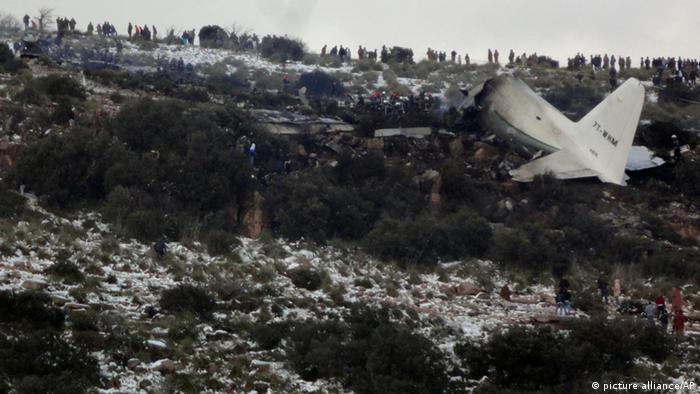 Rescuers have found one survivor after a plane crashed Tuesday in Algeria.

On Tuesday, media reported that the crash had killed 77 people roughly 300 miles east of the capital, Algiers. Preliminary reports blamed the weather, a mix of wind and snow.

The flight had been headed toward the northeastern city of Constantine.

The plane crashed in a mountainous area in the Oum El Bouaghi province, according to the reports.