Burmese filmmakers tell stories of a country in transition | Asia| An in-depth look at news from across the continent | DW | 27.07.2012

Burmese filmmakers tell stories of a country in transition

As Myanmar undergoes a political transition, a film academy is supporting creative minds to tell stories through documentary. 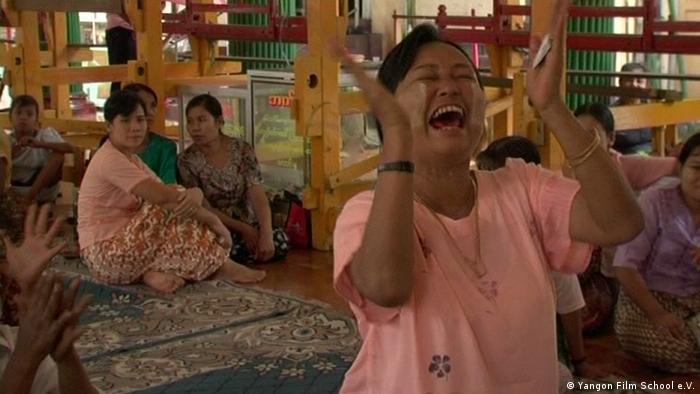 Daw Ni Lang lives, works and laughs in Yangon, the biggest city in Myanmar (also known as Burma). Although nothing can apparently disturb the stoutly built woman, tears do well up in her eyes when she talks about her children. She has five but only one still lives in Myanmar.

She and her family are the protagonists of a documentary made by Zaw Naing Oo. The film tells the universal story of parents abandoned by their children who have to search for work elsewhere and the particular story of Myanmar where children have emigrated to finish their education. When the junta shut down schools and universities people were left with no choice but to go abroad.

The result is a moving film about everyday life in a military dictatorship. 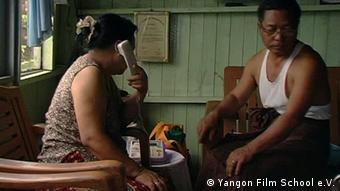 Oo is one of a growing group of documentary filmmakers in Myanmar whose work has been made possible thanks to the Yangon Film School.

Lindsey Merrison, an Anglo-Burmese documentary filmmaker, founded the academy in 2005 after being made aware through making her own film in the southeast country in 2004 that although there was no shortage of stories, there was a lot to be learnt about the art and craft of filmmaking and the technical requirements.

Although, she does not believe film can change a society she thinks the artistic form can "change people's opinions or raise awareness."

She told DW that her aim is not to illustrate a particular thesis or to promote a particular political agenda but to tell stories. "The documentary filmmaker goes out on a hunt. Looking for traces without really knowing what for."

When she was making her film, many young people came up to her to find out more about how documentaries were made.

This is what prompted her to set up the Yangon Film School. To do so she activated a network of filmmakers from across the world, searching for tutors and trainers who were willing to transmit their knowledge to Burmese students. 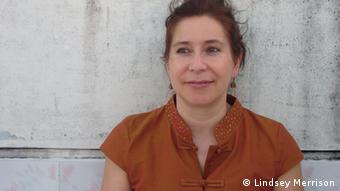 Before Myanmar's opening up, it seemed at times that the bureaucratic hurdles would never be overcome but she persisted and achieved her goal. "It was unreal - for the participants as much as for the tutors. Nobody believed we would spend three weeks under one roof watching, discussing and films from dusk till dawn."

"We are not cultural imperialists who turned up to show the Burmese how everything is done right," she insists. Instead, she considers herself a kind of midwife who can help filmmakers to bring their own ideas into the world. "I would lie, however, if I said I didn't want to leave a trace," she said.

Merrison's film school has become a major player in Burma's budding film scene, thanks partly to the support of the Goethe Institute, the European Union and various foundations.

"We have created an understanding for documentary film in the country," says Merrison. "It's a springboard. Many things can grow out of a documentary. It can take the direction of journalism or of a feature."

The first generation of YFS graduates now work themselves as trainers. Their documentaries have been shown at international film festivals, attracting awards and acclaim.

In future, Merrison hopes it will be possible to "see many films about Burma by Burmese filmmakers in Burma."

The 7. Nuremberg International Human Rights Film Festival closed this week, with the top prize going to a feature about the Argentinian dictatorship. Amid the 60 films screened, a dozen or so were from Asia. (07.10.2011)

A controversial new film has premiered at the United Nations Human Rights Council in Geneva, documenting the closing weeks of the 25 year conflict between Sri Lankan government forces and Tamil Tiger rebels. (15.06.2011)