More than a million people are fleeing terror and violence in Burkina Faso, and their numbers are growing. Many are left to fend for themselves as they struggle to survive. 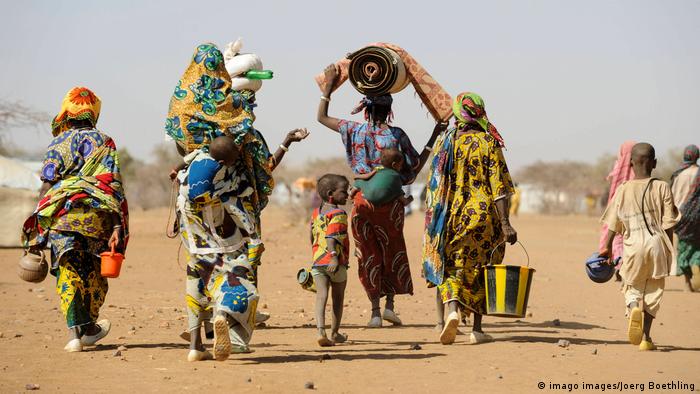 People flee their homes for fear of terrorists

Jacob Ouermi does not like to talk about what his family has gone through. He, his wife Elisabet Simpore and their seven children lived in a village in northern Burkina Faso — until the violence started.

"People were kidnapped, so we fled and didn't take anything with us," said Ouermi, sitting on a narrow wooden bench in the shade of a tree by a small house in the provincial capital of Ouahigouya, a three-hour drive northwest of the capital, Ouagadougou. 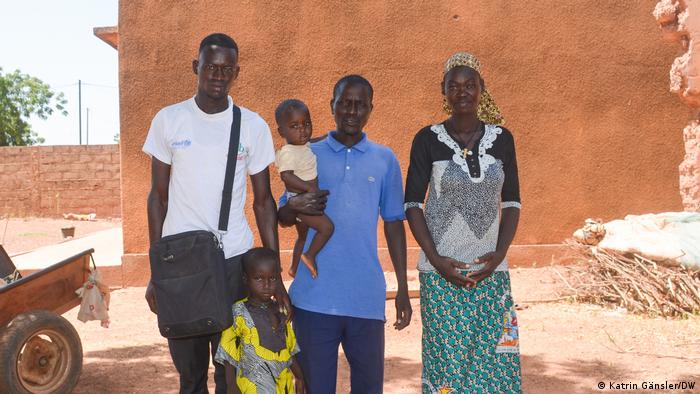 Jacob Ouermi (middle) alongside other refugees

At first, Ouermi and his family relocated to a village next to the one they came from. "But there, it was just as bad," he recalled. "First my wife and children stayed. Then my wife tried to retrieve some of our belongings," he said. Ouermi soon left because he couldn't stand the violence. "They killed many people, including my neighbors. I was just too scared."

Less than a year ago, the family eventually moved on to Ouahigouya. At night, unfamiliar sounds still make them uneasy. The provincial capital is one of the few cities in the north that is still reasonably safe to reach by car, unlike the surrounding towns and villages. Even convoys that are assumed to be protected are attacked. Ouermi has no idea who the attackers are. "We call them terrorists. We don't even know who is who," he shrugged.

Various terrorist groups operate in Burkina Faso, including the al-Qaeda linked group Group for the Support of Islam and Muslims (JNIM), which originated in Mali, and the so-called Islamic State of the Greater Sahara (EIGS), which is active in the border region with Niger in the east. Outlaws take advantage of the bad security situation and also carry out attacks. 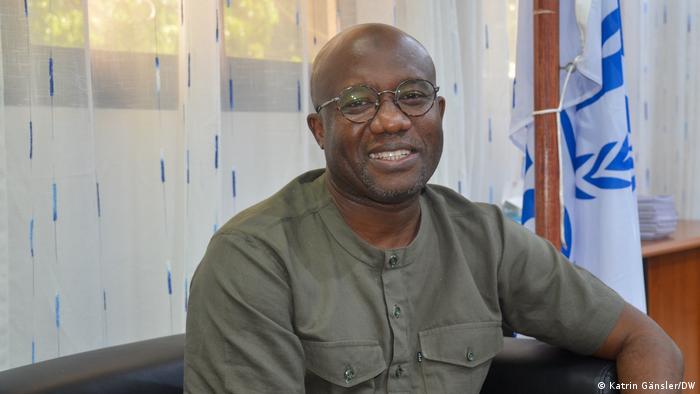 The situation is increasingly driving people away from their homes. At the end of August, more than 1.4 million people were displaced in Burkina Faso, according to government figures. The problem is no longer confined to one region, said Abdouraouf Gnon-Konde, the UN refugee agency (UNHCR) country director.

Burkina Faso was long considered a model state where different ethnic and religious groups lived together peacefully. But that has changed, said Jacob Ouermi, pointing out that the country's many problems have given rise to "a lot of mistrust."

The refugee crisis has aggravated poverty in a country that has always ranked low on the United Nations Development Index — currently, it stands at 182 out of 189 countries. There are hardly any permanent jobs and many people are small farmers. "We simply exist, there is nothing to do and if we aren't given food, we have nothing to eat," said Ouermi. The locals in Ouahigouya have provided refugees with small fields but the land does not yield enough to feed a family. 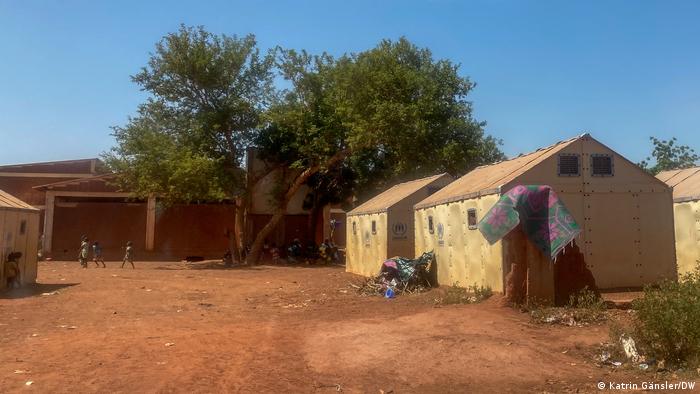 Some refugees have found a new home in emergency shelters

Education is another problem. The Ouermi family's older children have already missed several years of school. State schools are already overcrowded — and that situation does not take internally displaced persons (IDPs) into account. This school year, 2,244 educational institutions remained closed because of terrorist attacks. Nearly 54% of IDPs are younger than 14, says the UN's Abdouraouf Gnon-Konde.

"They are waiting to go back to school. School is the key to creating a future for these children," he said. Aid organizations have launched a number of projects to make up for missed lessons, but it's not enough.

Sandrine Kabore's children are still too young to go to school. She and her daughters, Maimata and Cherifatou, live on the outskirts of Ouagadougou. They fled to the capital from the town of Kaya, about 100 kilometers (62 miles) from Ouagadougou.

Kabore's husband works in Ivory Coast and sends the equivalent of between €15 ($17) and €25 every few months. Sandrine, 19, is constantly on the lookout for jobs. Sometimes she makes €1.50 a day as a laundress, sometimes less — sometimes there is no job. Sandrine Kabore tries to make do as best she can

The family lives in an emergency shelter that Adama Sawadogo, an internally displaced person from Djibo, built with donations. It consists of two buildings with 18 rooms that are 16 square meters (172 square feet) each. In 2019, there were times when 78 households lived in the shelter, said Sawadogo, "at least four women with nine or 10children slept in every room."

Kabore is hoping to find new housing — the shelter, she said, is infested with mice and cockroaches, and the walls leak. Officially, 1,051 IDPs live in the central region, which includes Ouagadougou. But many people are not registered, so they are not recognized as displaced.

The UNHCR doesn't have the funds to take care of all the refugees, said Gnon-Konde, adding that only a fourth of the roughly $602 million needed for 2021 is currently funded. "Europe is already doing a lot," he said. "And we would like that to continue — what happens here concerns everyone."