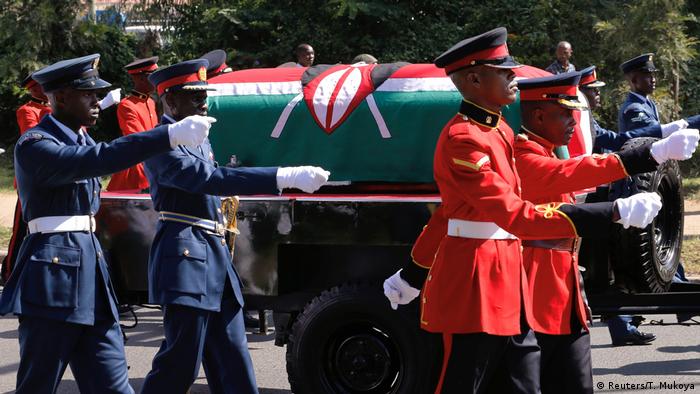 "An icon, a legend and a philosopher," his official funeral leaflet read. Over the weekend, thousands of Kenyans trooped to Nairobi's city center to view the body of man who ruled Kenya for 24 years until he was barred from elections and convinced to stand aside in 2002.

On Tuesday, February 11, the official state funeral, which was attended by current and former East African heads of state, drew over 30,000 people to the stadium where the ceremony was held. A public holiday was declared to give everyone a chance to attend the event.

Hundreds more waited outside in the scorching heat. "I left Migori (380 kilometers or 236 miles from Nairobi) last night and arrived in Nairobi in the morning to see our president," Ochieng Apollo, who had stood in line to enter the stadium, told DW. At 9:30 in the morning the gates were closed to the public.

Many, however, contented themselves with simple proximity to the event, watching the military bands leave, while a few more excited onlookers played tag with the security forces, daring them to throw tear-gas and erupting in brief moments of frenzy when police on horseback would shoo away the crowds too close to the entrance.

While many in the crowd were too young to even remember Daniel arap Moi, those who grew up in the Moi era all recalled drinking the free school milk, that was supposed to encourage children to stay in school. "I didn't really know him, I heard about him," one young woman admitted. "I remember him as a good leader," another young man said. "Kenya was nice, the economy was very good — he was a good president so we have come here to give him the last respect." 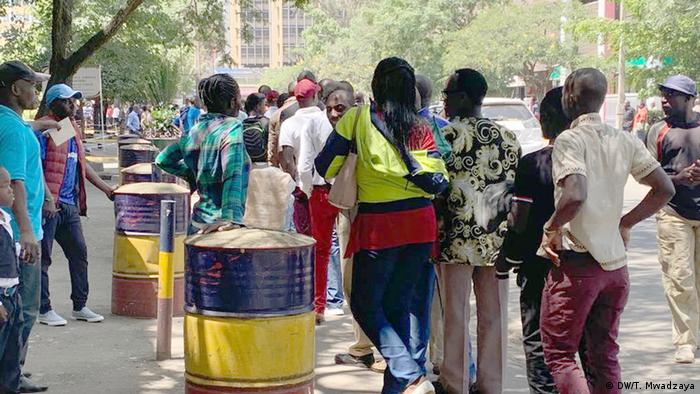 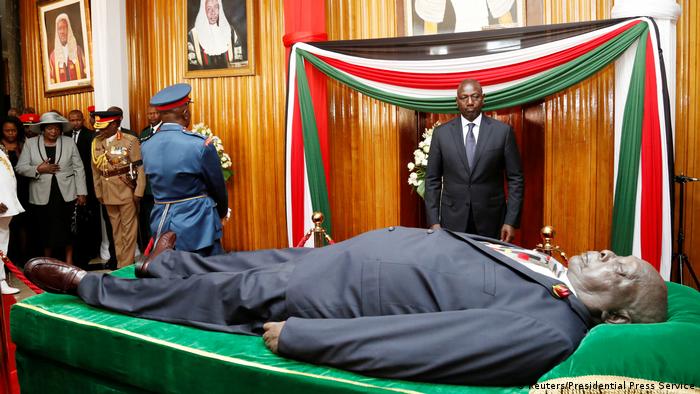 For the country, however, Daniel Toroitich arap Moi, who died at the age of 95, leaves behind a complicated legacy. As a young man, Moi entered politics as early as 1955, when he was chosen as an African representative to the Legislative Council under British colonial rule. As the second president of Kenya after independence, he was known as a strong-handed leader who tolerated little dissent and transformed Kenya into a one-party state by law. During this time, people would vote for their preferred party representatives by publicly queuing behind their picture.

Over the years his security forces were known to torture political opponents and crackdown on protesters. In what was considered one of his worst atrocities, his forces killed up to 3,000 men, mostly ethnic Somalis in the Wagalla massacre in 1984. In the early 1990s, multi-party politics were finally restored amid mass protests and both internal and international political pressure.

While many of these stories were retold in the media in the days following his death, even those who had opposed him were prepared to put these memories aside for the period of mourning. In his funeral speech, Raila Odinga, who had in the mid 1990s fought for multiparty democracy and suffered in Moi's torture chambers, argued that he had put the past behind him. "He also made some mistakes, I was one of the victims," Odinga said. "But he was also forgiving, like I'm also forgiving."

Read more: Opinion: Moi and me

But most Kenyans are happy to see the end of the national period of mourning. "Anyone who has been in Kenya during the last few days has experienced only the positive aspects," said actor and filmmaker Mugambi Nthiga. While many stayed at home on the national holiday, a small group of writers and performing artists gathered to remember the darker sides of the Moi era. But it was also characterised by the cynical sense of humour which Kenyans developed as a way of coping with life under authoritarian rule.

Like many of the people here, Nthiga was a child during the Moi era — and like many he remembers the hushed criticisms of the president, the days at school where they had to perform for him or stand by the roadside and wave at his passing motorcade.

"To watch a dictator, a tyrant, a corrupt politician and brutal president, who saw to the deterioration of his country in his 24-year-reign, be buried a hero and to have his entire era santisized, is so painful to me," Nthiga explained 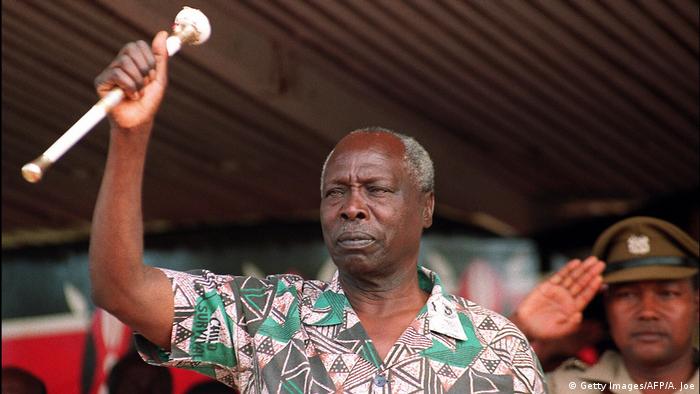 One by one the writers, poets and performers shared their memories of the former president, the stories of those who suffered under his regime and the testimonies recorded in Kenya's Truth, Justictice and Reconciliation Commission report. "We wanted to create a space for people to express themselves — to remember and speak the names of people whose lives were affected," explained Christine Mungai, a writer and journalist who helped organize the event.

"I lived through the 24 years of Moi," Sitawa Namwalie a playwright and performer, remembered. "We need to acknowledge what he really did, what he stood for and that the people gave their lives, paid the ultimate price, to force the changes and make the democracy that we're all enjoying right now," she said, adding that such a gathering would have not been possible during the Moi era, where criticizing the president, who was said to have eyes and ears everywhere was virtually unthinkable.

That people had either forgotten or chosen to whitewash Moi's legacy, she felt, was a sad development. "You hear people saying: 'In his wisdom, he decided to accept multipartyism.' He didn't do it in his wisdom, he was forced to by the people. People died — there were battles in the streets, there was an incredible movement of Kenyans, that forced him," Namwalie said. The official line and today's government who had given him a hero's farewell, she said, had failed to acknowledge this painful chapter in Kenya's history.