Bundeswehr signs up 2,000 to fight Ebola in West Africa

More than 2,000 Germans have volunteered to travel to West Africa to help fight the Ebola outbreak. The country’s first shipment of roughly 10 tons of supplies leaves Thursday. 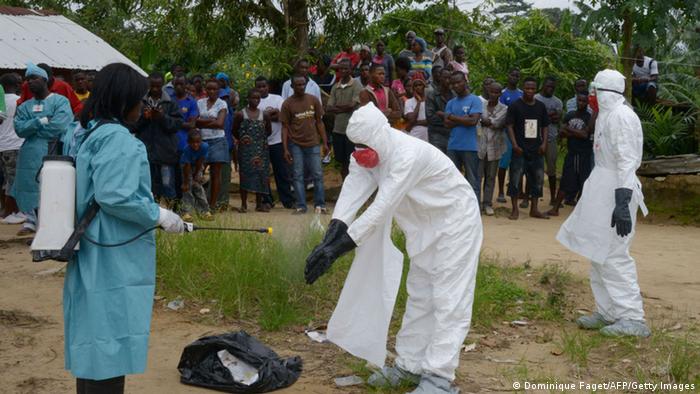 On Wednesday, Defense Minister Ursula von der Leyen announced that 2,000 German soldiers had volunteered for duty in Africa to aid in the battle against Ebola. The deadliest outbreak on record has infected almost 6,000 people in West Africa and killed nearly half of them, according to the World Health Organization (WHO). 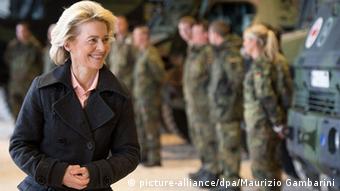 The answer to a call for help the defense minister made on Monday "moved and overwhelmed" her, she said. However, she added that the Bundeswehr still needed to check the experience and vaccination histories of the active-duty soldiers, reservists and civilians who signed up.

A recent report by the WHO and Imperial College London predicts that without urgent action the number of infections in West Africa could reach 20,000 by early November - more than triple the current official total of about 5,800, almost all of them in Guinea, Liberia and Sierra Leone. About 2,800 patients have died so far. The US Centers for Disease Control and Prevention predicted, however, that the outbreak could hit up to 1.4 million people in the next four months, based on current estimates of underreporting of infections in West Africa.

In Guinea, police arrested 27 suspects for the murders of an eight-member Ebola education team attacked in an area at the epicenter of the outbreak, the government announced on Wednesday. The victims, said to include local health officials and journalists, went missing after their delegation came under attack during an outreach visit in the southern town of Womey last week.

Officials recovered eight bodies from the septic tank of a nearby primary school two days later, according to the government. The attack also left 21 people wounded.

"Most of the main perpetrators of these crimes have been placed under arrest - a total of 27 people," Justice Minister Cheick Sacko told a news conference in Guinea's capital, Conakry, on Wednesday. "The government will see this to the end," he added. "I promise to see that justice is done and to make the guilty pay the price for this inhuman tragedy."

The current outbreak emerged in Guinea earlier this year and has infected 1,008 people there, killing 632. Ebola's spread has added to the fears felt by villagers, who - after decades of coups, civil wars and foreign intervention - have a deep mistrust of the government and the international community.