The president of German parliament has called for more transparency in the transatlantic trade negotiations. As it stands, Norbert Lammert cannot picture the Bundestag passing the EU trade pact with the USA. 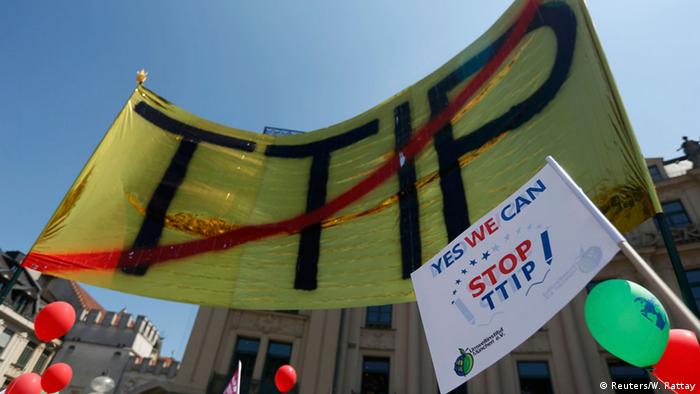 Norbert Lammert, the president of the German Bundestag, said on Wednesday that he could not picture the Transatlantic Trade Investment Partnership (TTIP) being ratified by German parliamentarians without further information about how it was negotiated and put together.

"I see no chance that the Bundestag would ratify a trade agreement between the EU and the USA without involvement in how it came together or any say regarding alternatives," Lammert said in an interview with the Germany's FUNKE Media Group.

Lammert said he agreed with calls from European Commission President Jean-Claude Juncker that all relevant documents pertaining to the negotiations should be made available to governments and parliaments of EU nations.

"I insist on that," said Lammert.

Under the current plans, the full text of TTIP will only be released once it is finished, leaving no chance for amendments by the EU or the US.

TTIP is facing growing resistance in Europe, where opponents argue the trade pact will tear down the EU's health, labor and environmental standards while empowering corporations. Protests against TTIP drawing up to 250,000 people from across Germany were held this month in Berlin.

Negotiations between the EU and US on TTIP have been going on since 2013. Earlier this month, the US hosted the 11th round of talks on the deal in Miami.