After a few weeks of chaos at Mainz, the club couldn't steady the ship on Friday night in Berlin. New head coach Jan-Moritz Lichte has a tough job on his hands, but needs more time before he is judged. 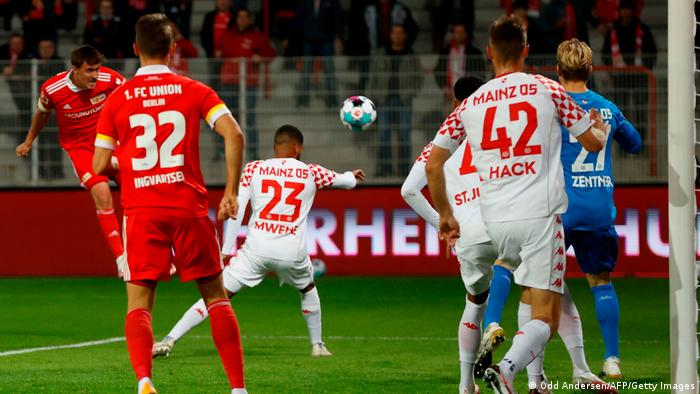 "I think there are very few simple situations for a coach in football."

The words of Mainz's new head coach Jan-Moritz Lichte before kickoff in Berlin will be familiar to coaches all over, but few will have found themselves in the complex spot that Lichte now finds himself in.

Stepping in to replace Achim Beierlorzer, who was relieved of his duties as head coach on Monday following a mishandled situation that led to a player strike, Lichte had just four training sessions to right some wrongs before Berlin. It was never going to be enough.

Mainz looked as bad as they did in the hammering by Stuttgart last week. Misplaced passes and lapses in concentration were an all too regular occurrence, and the space Max Kruse and Marcus Ingvartsen had to score was worrying. Mainz's performance told the tale of their week — troubled.

"The team is responsible for the fact they are now considered difficult. But I would like to take them as they are," Lichte said in the week.

The 40-year-old certainly won't want to take his team as they were on Friday night in Berlin. Marvin Friedrich powering in a header over a static defense was bad, but allowing Union's new loan signing Joel Pohjanpalo to stab home 35 seconds after coming on was worse.

"[Conceding four goals] had nothing to do with the situation, but how we played on the pitch," Lichte said afterwards.

To expect much more in such a short time and after the week Mainz have had though, would have been unrealistic. When Mainz host Leverkusen after the transfer window closes and the international break is over, that is when first impressions should be made. 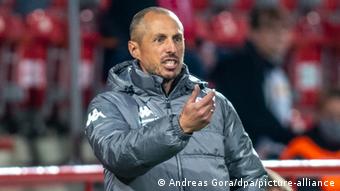 In Lichte Mainz must trust

Whether Lichte has the job long term or not remains unclear. With both Beierlorzer and former head coach Sandro Schwarz on the payroll until 2022 and club purses tightened due to the coronavirus though, it is clear that Mainz weren't left with much choice in the short term.

Comparisons are often more of a burden than a guide, but given Mainz and Lichte's pathway to the first-team job the 40-year-old will struggle to avoid them. After all, this is the club that took a chance on Jürgen Klopp and Thomas Tuchel.

For a man who other than three years as an academy manager has spent his entire 11-year coaching career as a number two, it is far too soon to know whether Lichte is going to be the next coaching star to be born out of the Rhineland-Palatinate club.

Having finished top of the 2011 Fußball-Lehrer (Germany's highest football coaching qualification) class and after three years of working at the club though, he has all the tools. Now he just needs to use them to get the most out of this Mainz side.