Stuttgart's performance vs. Cologne at the start of matchday 5 this Bundesliga season was proof of both how far this team has come and how far it still has to go before it finds the kind of balance needed to be a force. 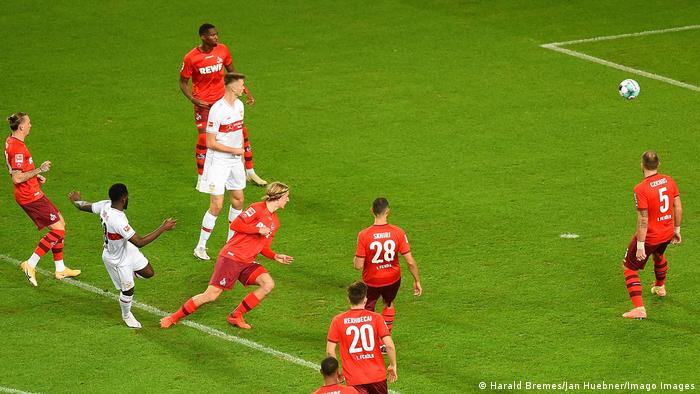 Stuttgart needed just 24 seconds to remind everyone how fun they are to watch, and 45 minutes to show how far they are from being the next best thing in the Bundesliga.

An attack built off players constantly seeking the vertical pass ended neatly with a first-time finish by Orel Mangala. Cologne were so stunned that not long after that, Daniel Didvai hit the bar and then Timo Horn had to palm away an effort.

Stuttgart looked like the younger, faster, more aggressive team that has quickly moved on from retired Mario Gomez, banished Holger Badstuber and that 2019 relegation from the top-flight.

Nineteen-year-old Silas Wamangituka looks better every time he plays, and 2-meter tall striker Sasa Kalajdzic continues to be a factor leading Stuttgart's line. Add a solid Wataru Endo in midfield and the flair of Tanguy Coulibaly down the left wing, and this is clearly a new Stuttgart team.

Sporting director Sven Mislintat's recruitment is beginning to blossom, as is Pellegrino Matarazzo's coaching. It might not have been a smooth path to get back to the Bundesliga, but Stuttgart look to have ironed out a lot of the previous problems. 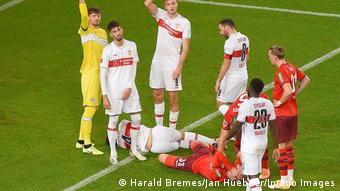 The game turned into a physical battle

Atakan Karazor's clumsy foul in the box and Coulibaly's inability to score before the break showed, however, that Stuttgart is a side very much still in the middle of a developmental cycle.

Stuttgart's fading control of the game to a side that has yet to win this season was perhaps the most obvious piece of evidence that for all of their excitement they are still very much a work in progress.

This Stuttgart side does sometime struggle to find balance. They occasionally look so excited with how they're playing that they try to do too much.

Ironically, for much of the second half, they suffered from doing too little as Cologne took more control. Andersson might have added a second, and Elvis Rexhbecaj might have stolen a winner, but the game descended into a contest that both sides wanted to win but looked incapable of doing so.

"It could have gone better, but we're not unhappy," Daniel Didavi said afterward. "It wasn't sensational today but Cologne, after 10, 15 minutes, didn't do badly. We are not Bayern Munich. We're not going to take teams apart."

While Didavi's attempts to keep the hype around Stuttgart subdued are admirable, a team whose head coach has often spoken of being brave should feel this was two points dropped rather than one gained.