Bundesliga sides have reasons to be cheerful after European exploits

With four wins, two draws and one defeat, German sides got off to a decent start in Europe this week. There are reasons to be positive as the Bundesliga enters a busy period - but familiar failings persist for some. 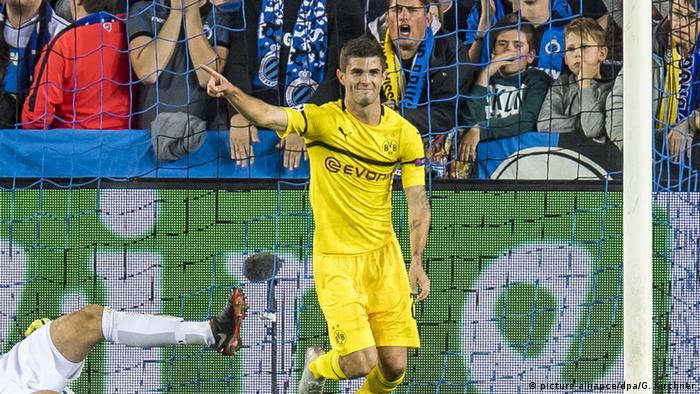 After a poor collective showing in Europe last season and some stuttering starts to the new Bundesliga campaign, Germany's international representatives had some big question marks hovering over them this week.

Bayern Munich kicked off a group they are expected to win with a comfortable win away at Benfica but, with a flurry of late winners in tricky European away fixtures, Borussia Dortmund, Bayer Leverkusen and Eintracht Frankfurt also provided grounds for optimism.

However, with the fixtures piling up and the Bundesliga's first "englische Woche" (or "English week," as the Germans refer to weeks with mid-week games) approaching, more big tests are around the corner.

BVB making their own luck

After crashing out of last season's Champions League without a single group stage win, including two draws with Cypriot minnows APOEL Nicosia, Borussia Dortmund know that maximum points from their meetings with Club Bruges will be vital if they are to progress from this season's group, which also features Monaco and Atletico Madrid.

"Riding their luck," commented kicker magazine in the wake of Christian Pulisic's slapstick late winner in Flanders, with Roman Bürki, Mario Götze and Pulisic also referring to "luck" in their post-match interviews. Indeed, as the magazine pointed out, five of Dortmund's nine regular-time goals in all competitions so far this season have come in the 85th minute or later – and three of them have been scored by substitutes.

View the glass as half full rather than half empty however, and this is evidence of resilience, belief, quality and the strength in depth necessary to overcome difficult challenges on multiple fronts. Lucien Favre made four changes in Belgium and will have the same wealth of options in Sinsheim on Sunday – possibly including the return of Paco Alcacer. 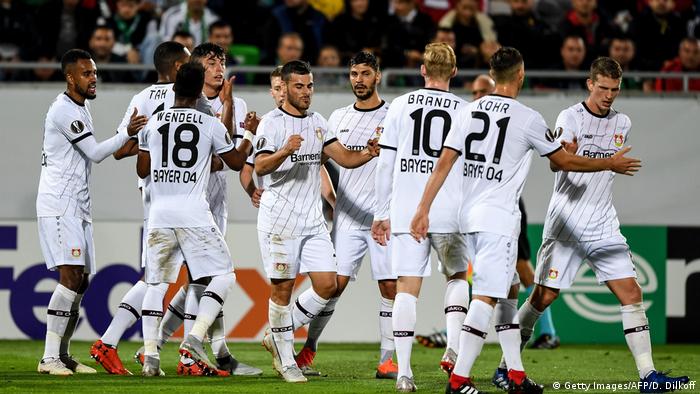 Bayer Leverkusen did it the hard way in Bulgaria

Leverkusen stick to their strengths

Only Bayern Munich scored more Bundesliga goals than Bayer Leverkusen last season but the Werkself's leaky defense proved costly as they missed out on the Champions League on goal difference. That problem is yet to be solved, with Leverkusen shipping eight goals in three consecutive league defeats plus two more in the opening 30 minutes against Ludogorets in the Europa League on Thursday.

But a Kai Havertz and Julian Brandt inspired comeback demonstrated that Leverkusen are best when they play to their attacking strengths, which coach Heiko Herrlich should bear in mind ahead of winnable fixtures against Mainz and Düsseldorf this week.

Frankfurt can go the distance

The loss of a cup-winning coach, the departures of key players, a Super Cup thrashing and a German Cup humiliation: it's been a chastening start to the season for Eintracht Frankfurt.

And when they returned to international competition against last season's Europa League finalists Olympique Marseille on Thursday, not only were their supporters banned from attending through no fault of their own, they also fell behind inside three minutes in the Stade Velodrome.

But Adi Hütter's side fought back and, despite Jetro Willem's second red card in three weeks, claimed a famous three points thanks to substitute Luka Jovic's late strike. After conceding late goals against Werder Bremen and Borussia Dortmund recently, Frankfurt showed they can last the distance – a timely confidence boost ahead of tough games against RB Leipzig and Borussia Mönchengladbach. 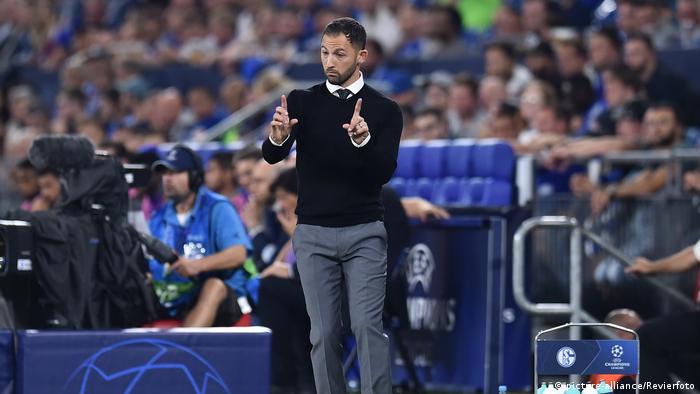 After disappointing in the Europa League last season and conceding late against Düsseldorf, Hoffenheim twice saw a lead cancelled out against Shakhtar Donestk, while Schalke once again failed to click up front in a 1-1 draw with FC Porto.

And after having conceded four in Dortmund and two at home to Hannover, RB Leipzig again looked fragile at the back against their fellow Red Bull franchise from Salzburg.

Familiar problems, but for Bayern, Dortmund, Leverkusen and Frankfurt, there are tenative reasons to be cheerful. Time will tell how long the optimism lasts.