Two years after taking over, Ralph Hasenhüttl has left Bundesliga club RB Leipzig, after the club agreed to terminate his contract early. The Austrian took Leipzig to the Champions League but they've struggled this term. 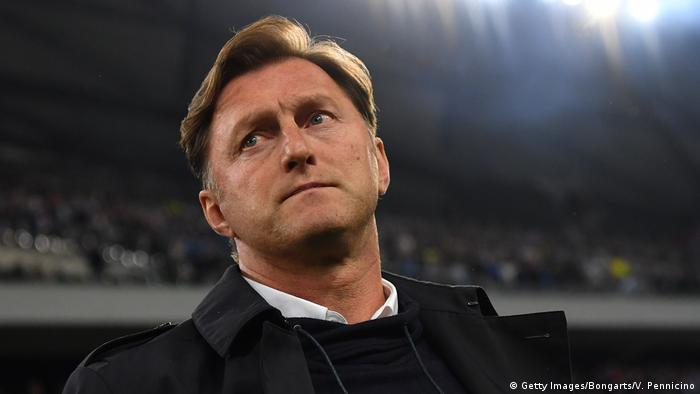 Leipzig announced on Wednesday afternoon that they would terminate Hasenhüttl's deal a year early after he sought a longer-term contract that the club weren't prepared to offer. Leipzig recently missed out on a second year of Champions League football following a 6th-placed finish.

The Austrian boss said he was uncomfortable entering the final year of his contract without a long-term deal in place.

"It would be undesirable from both perspectives to enter the final year of the contract without knowing the long-term future," Hasenhüttl was quoted as saying on Leipzig's website.

"From my point of view, it's vital to have a sustainable contract solution in order to achieve the long term goals of RB Leipzig.

"For this reason, I've asked the club's management to end our relationship prematurely. I thank the employees, players and fans and will never forget my time in Leipzig."

Despite accepting the termination request, sporting director Ralf Rangnick said he was disappointed to see Hasenhüttl go but believed the remaining year on Hasenhüttl's deal was enough.

"I would have really liked to continue into the next season with Ralph Hasenhüttl as head coach. From the bottom of my heart, I wish him all the best for the future, both professionally and privately."

Club CEO Oliver Mintzlaff echoed those thoughts: "We are convinced that an extension at this current point in time would not have been the right step for our club."

After impressing in guiding Ingolstadt out of 2.Bundesliga trouble and in to the top flight, Hasenhüttl moved to Leipzig for their debut Bundesliga campaign in 2016-17.

His young, exciting side - featuring the likes of Naby Keita and Timo Werner - were an immediate success, topping the Bundesliga until they were defeated by Bayern Munich in December, before eventually finishing 2nd.

The Red Bulls narrowly dropped out of the Champions League at the group stage this season but did enough to enter the Europa League, where they fell to French side Marseille in the quarterfinals.

But their European adventures took their toll and Leipzig, whose ownership model has provoked fury among some German football fans, lost 11 league games, eventually finishing 14 points behind their total from the previous campaign.

Though he has long been linked with English club Arsenal, the Premier League outfit now look to be exploring other options for the position recently vacated by Arsene Wenger.

Jesse Marsch has left RB Leipzig by mutual consent after less than half a season as head coach. The club claim they have acted decisively, but the American has been scapegoated for Red Bull’s strategic failures.

RB Leipzig's sixth defeat of the season came against Union Berlin, and begs the question what are RB Leipzig now that Ralf Rangnick and Julian Nagelsmann are gone?