Mario Gomez scored a seven-minute hattrick, the fastest in the Bundesliga this season, but it was not enough to steer his side to victory. Elsewhere, Mainz find themselves in big trouble after defeat at Ingolstadt. 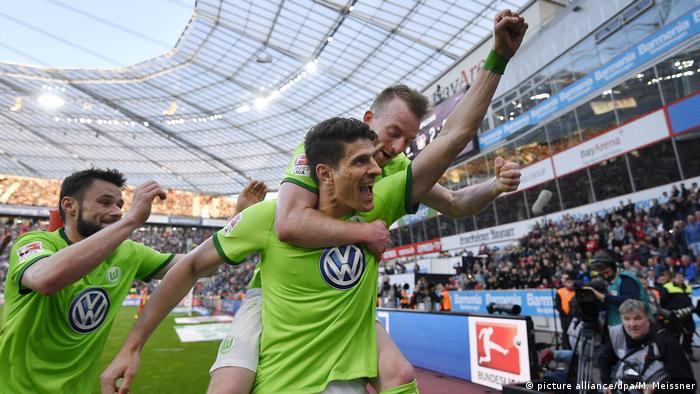 Mario Gomez's heroics should have been enough to give Wolfsburg an astounding victory at BayArena - but a late leveler from Kai Havertz denied Wolfsburg the win.

Both sides have found themselves embroiled in a relegation dogfight, which would have seemed scarecely possible a few months ago.

And it was Leverkusen who were the sharper in front of goal, with goals from Karim Bellarabi and Kevin Volland putting the home side on track for what was shaping up to be a routine win.

But the much maligned Gomez had other ideas. He pulled one back with ten minutes to play to give the visitors hope, before adding another three minutes later to sensationally draw Wolfsburg level.

Wolfsburg were then awarded a penalty in the 87th minute, and Gomez dispatched it to bring up his hattrick and complete what looked like a stunning Wolfsburg turnaround.

But 17-year-old Havertz made a little history too, becoming Leverkusen's youngest ever goalscoer with a late strike that could yet prove crucial in the survival hopes for both of these clubs. 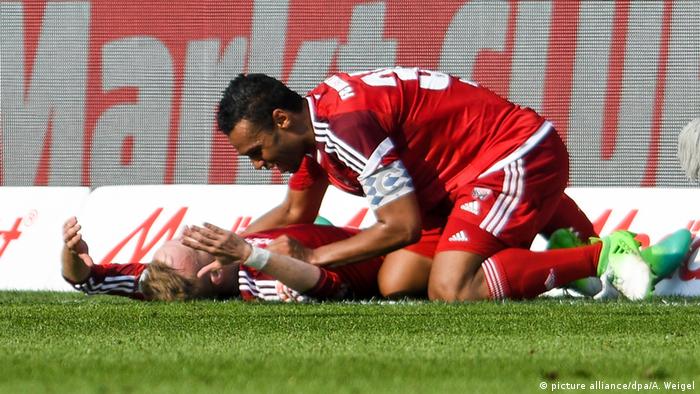 Mainz are staring relegation in the face after a damaging defeat at fellow strugglers Ingolstadt.

The home side took the lead early on through Romain Bregerie, but Mainz appeared to have steadied the ship with an equalizer midway through the second half.

But Ingolstadt won it in fortuitous circumstances, with Florent Hadergjonaj's intended cross from the right sailing over Jonas Lössl's head and into the net.

Sunday Bundesliga - as it happened:

Bayer Leverkusen have gone out of the Champions League with a whimper after a goalless draw against Atletico Madrid. Julian Brandt and Javier Hernandez went close, but the Spanish side were always in control. (15.03.2017)

Two Bundesliga clubs have opened offices in China as they aim to tap into the booming football market in the world's most populous nation. Bayern Munich have opened theirs in Shanghai, while Wolfsburg opted for Beijing. (22.03.2017)