Borussia Dortmund coach Marco Rose received a hostile reception upon his return to his former club. Denis Zakaria almost left Gladbach, too, but after a match-winning performance, the Foals will be delighted he stayed. 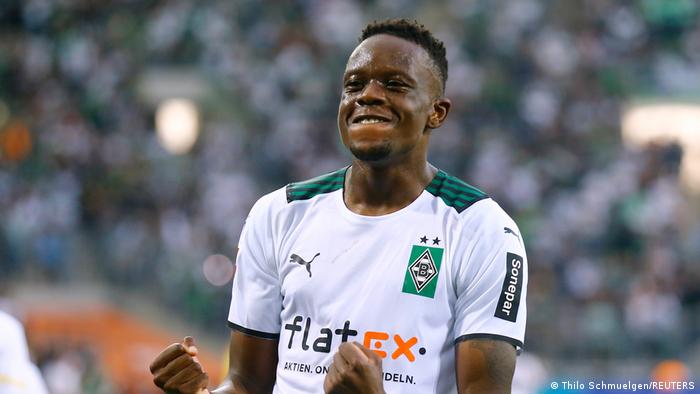 It took just 30 seconds for Denis Zakaria to make his mark on proceedings, clattering into Jude Bellingham and prompting a mass scrum before most of the players had even touched the ball.

The challenge set the tone for a first half in which Borussia Mönchengladbach, having won only one of their opening five Bundesliga games, came out fighting against in-form Borussia Dortmund.

And Zakaria led the way, taking control of the game, and firing home after a neat return pass with Matthias Ginter to give the Foals a first-half lead which they never surrendered.

"Lots of tackles, a red card and lots of yellows," Zakaria told Sky after a game in which Mo Dahoud had been sent off for Dortmund. "It's always a fight against Dortmund and today we won that fight."

For Gladbach, the win relieves the pressure on new head coach Adi Hütter. For Zakaria, it could mark the start of a Gladbach renaissance after months of injury, COVID-19 and transfer speculation.

It was only a couple of months ago that the 24-year-old Swiss midfielder seemed on the way out, with his contract set to run out in 2022 and Gladbach unable to offer him an improved deal given the financial effects of the pandemic.

"Go or stay, I had the feeling that certain people would have liked me to bring some money back into the club," he told Swiss newspaper Blick at the time. "I had a name which was attracting attention in the transfer market and then I suffered a set-back."

Alleged interest from Italian side AS Roma amongst others seemed to subside in the wake of a knee injury – suffered after an unfortunate collision with Gladbach goalkeeper Yann Sommer – and a coronavirus infection.

The transfer window closed, Zakaria changed his agent and stayed, choosing to spend at least another season in the Rhineland under Hütter, who had given him his breakthrough in Bern with Young Boys. Suddenly, the mood had changed.

"The situation with my former agent was a bit complicated, but I never said that I definitely wanted to leave," he told the local Rheinische Post newspaper ahead of the Dortmund game, revealing that he was even in talks with sporting director Max Eberl to extend his deal.

"I have always said that I feel comfortable in Gladbach," he said. "Obviously, Adi Hütter is a plus for me. He was like a father to me [in Bern] and I learnt so much from him. It's always good when you have a coach who likes your playing style."

For Zakaria, that means combining great positional sense and an eye for goal from midfield with a physical tenacity which disrupts opponents.

Alongside his defensive midfield partner Kouadio Koné, that's exactly what he did against Borussia Dortmund from the opening minute on Saturday evening, feeding off an atmosphere at Borussia Park which was already febrile for the return of former coach Rose.

They don't like it in this part of the Rhineland when coaches or players leave their proud club – "five times German champions and the cup three times," as the terrace chant goes – for pastures new, as Rose found out when he was greeted with deafening whistles, critical banners, and some unsavoury chants.

On current form, it seems unlikely that Denis Zakaria will suffer the same fate – and that's a good thing for all concerned.