Bundesliga: Love is in the air at Schalke

After a disappointing few years, Schalke fans are slowly falling back in love with their team. David Wagner has led the Royal Blues to three straight wins but, this weekend, RB Leipzig are looking to end the romance. 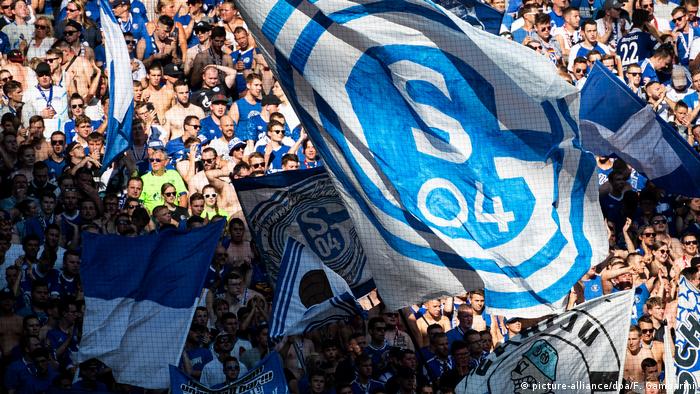 When Amine Harit curled home Schalke's late winner against Mainzlast Friday with the outside of his right foot, the Veltins Arena in Gelsenkirchen erupted.

Harit sprinted towards the corner flag in celebration, head coach David Wagner danced on the touchline, and the supporters on the Nordkurve terrace behind the goal collapsed into each other's' arms.

Unfortunately for one Schalke fan, the euphoric melee had one negative consequence: a girl he had been chatting to during the game was suddenly nowhere to be seen – and he hadn't asked for her number. In desperation, as local newspaper Der Westen reports, the love-struck supporter took to Facebook to appeal for help in finding "Laura.”

"I only know that she had freckles, brown hair and a leather jacket,” wrote the fan in a post which was shared almost 200 times. "Please help me find her!” Love was well and truly in the air in Gelsenkirchen.

And no wonder: after winning three consecutive games for the first time in 18 months, Schalke are one of five Bundesliga clubs level on ten points ahead of match day six. Not only is that ten points more than they had at this stage last season, it's also the same as local rivals Borussia Dortmund – always an important barometer for fans of a Royal Blue persuasion.

After years of reshuffles and restarts, from the Champions League to relegation battles, two protagonists in particular have captured the hearts of fans in the latest act of the drama which is Schalke 04. The first however is less Shakespeare and more Wagner. 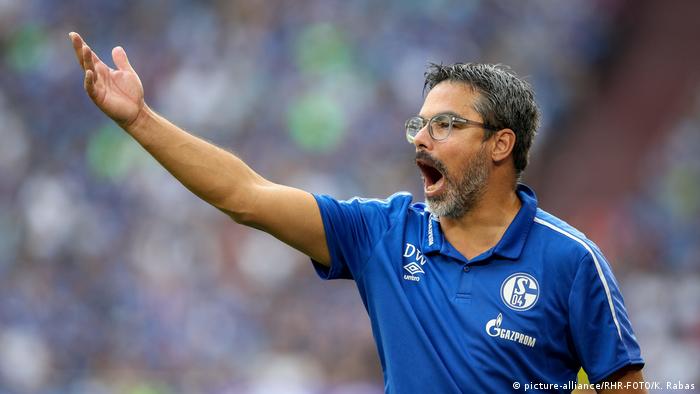 With his Premier League experience, David Wagner was always going to be a main character one way or another, and the former Huddersfield Town coach has certainly got off to a good start.

"We wanted a positive person who can take people on a journey and excite them, someone who can set the stadium alight but also has a clear football brain,” said sporting director Jochen Schneider on football talk show Sky90 recently. "We wanted attacking football, tough tackling, and quick transitions.”

Impressively, not only has Wagner begun to satisfy those wishes, he's managed to do it with much the same personnel which saw Schalke finish 14th last season. So what's changed?

"We've come together more as a team,” says Suat Serdar, who also scored against Mainz. "We're generally fitter than last season,” adds his midfield partner Omar Mascarell. "The way we're playing, aggressively with lots of running, is a lot of fun.”

On average, Schalke run a total of 116km per game, two kilometers more than at the same time last season, and they average more sprints per game than any other Bundesliga rival. But the biggest plot twist this season has been a player who had been written off by many in Gelsenkirchen. 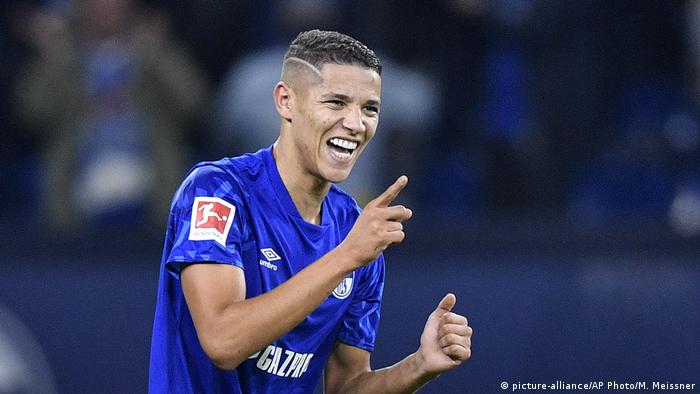 Love is in the air: Amine Harit is enjoying a good start to the season

Amine Harit's spectacular finish against Mainz was already his third goal of the season, having notched up his first career brace in Schalke's 5-1 stuffing of newly-promoted Paderborn a week earlier. "It was the best goal I've scored so far,” he said. "I saw the gap and decided to go for it with the outside of my foot.”

The Moroccan international has taken center stage for Schalke this season and has started every game so far, three times in a central role behind the striker and twice on the left wing, where he has proven most fruitful. Before scoring against Mainz, he had already set up Suat Serdar for Schalke's opener after cleverly cutting inside from the left.

"If someone had that told us [how well Harit would do] before the season, we wouldn't have believed them,” admitted Schalke's team manager Sascha Riether. After all, he didn't have the easiest of starts in Germany.

Recruited from French club Nantes in 2017 for the not inconsiderable sum of eight million euros, Harit was quickly categorized as one of former sporting director Christian Heidel's many unsuccessful transfers. He only managed four goals and nine assists in his first two seasons and developed a bad reputation – perhaps unfairly, given an incident which Harit described as "the worst moment of my life.”

In June 2018, Harit was involved in a car accident in his native Morocco in which a pedestrian was fatally injured. He was temporarily detained and ultimately fined 8,600 Dirham (€780/$854), although the court ruled that the player was not to blame for the fatality. 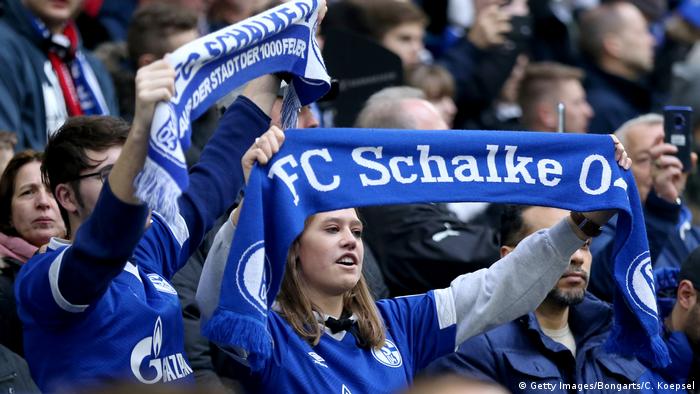 Looking for "Laura": Is this who the Schalke fan was looking for?

The accident had traumatic consequences for Harit and his form suffered, which made Wagner's decision to persevere with him while offloading the likes of Yevhen Konoplyanka and Hamza Mendyll all the more of a surprise.

"We agreed to sit down a few weeks into the season and have an honest chat with each other,” revealed Wagner. "But we've not got round to it yet because Amine is fulfilling all our expectations and doing exactly what we ask of him – in training, in games and off the pitch.”

Not only is the French-born midfielder quickly picking up German (earning praise from kicker magazine for his grasp of German grammar), he's also become a father. "She fills me with love and gives me peace and strength,” the 22-year-old said of his baby daughter, who was born this summer.

Harit is feeling the love at Schalke this season, and the feeling is clearly infectious. Unfortunately however, there was heartbreaking news for the besotted Schalke fan on the Nordkurve after social media revealed that "Laura” already had a boyfriend.

Perhaps he can console himself with an away day to Leipzig this Saturday where his team will face unbeaten league leaders RB. Schalke haven't beaten a top-of-the-table team since 2011 but will be hoping, on current form, to avoid any further heartache.