Augsburg head coach Heiko Herrlich finally got one over his former employers as Daniel Caligiuri inspired a famous win. For Dortmund, it was an abject performance as they concede early ground in the title race. 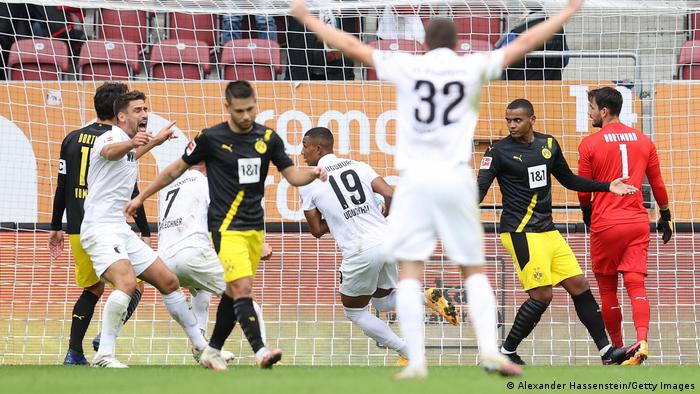 You can speak of the promise of youth, but there's no escaping the reality of a crushing early season defeat for Borussia Dortmund.

Even a goal down, there was always the expectation that Dortmund's quality would shine through in the end. But rather than the inevitable equalizer, Augsburg shook Dortmund with a second to the joy of 6,000 socially distanced fans watching on. Dortmund looked crestfallen.

"We have to do better. Offensively and defensively, that was not enough," a sullen Manuel Akanji said after the game. He is right — Dortmund were poor from front to back — but Favre's assessment bemoaned Dortmund's "hasty"approach to the game.

"We are very disappointed, it is hard to accept this defeat," he said. "We almost completely dominated the game with almost 80% possession. We started very well, but we weren't precise enough, we played hastily. Augsburg defended very well. We have to be more patient and play more over the sides against such teams."

What went wrong for Dortmund?

One of the biggest issues for Dortmund was the isolated figure of Erling Haaland. The two goals he scored last weekend against Borussia Mönchengladbach never looked like being replicated. His best chance came in the 89th minute, when he was denied by goalkeeper Rafal Gikiewicz, who already looks a shrewd signing.

Haaland struggled to touch the ball in the box all game, with a lack of service making for a frustrating afternoon for Dortmund. The introduction of Marco Reus and Julian Brandt in the second half helped address the creativity shortage, but by the time Dortmund coach Lucien Favre reacted, the damage was already done. 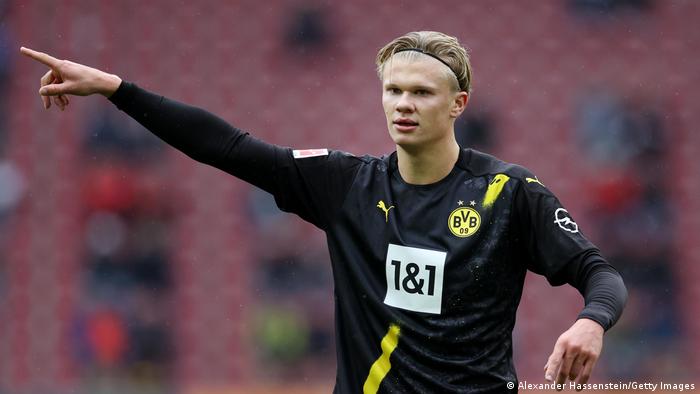 Erling Haaland struggled to make an impression in Augsburg

The game revealed Dortmund's soft underbelly. This is a team capable of great moments but lacking the ability to take control in midfield. Perhaps Favre might look to pair Axel Witsel with Emre Can rather than Jude Bellingham, who for all his immense promise does not yet have the experience to boss a game — something Dortmund missed.

Nothing should be taken away from Augsburg though, who were energized by new arrival Daniel Caligiuri. His devilish delivery from a free-kick split the Dortmund defense and allowed Felix Uduokhai to head in his first Bundesliga goal from close range.

The second goal, which killed Dortmund off, was all about Caligiuri again. His perfectly-timed run left the yellow-carded Thomas Meunier in his wake, and he showed strength and composure to guide the ball past Roman Bürki.

Augsburg will enjoy their moment in the sun, top of the Bundesliga for a day and playing some fine football under Herrlich. For Dortmund it's far too early to be worried, but the manner of this defeat leaves more questions than answers.