At first glance, 2-2 in Frankfurt is more than a fair result for new Hertha Berlin coach Jürgen Klinsmann. But Hertha have a grim string of fixtures in store, and may rue losing this 2-0 lead. New Hertha Berlin coach Jürgen Klinsmann only had a few days to prep for his first match with the club against Borussia Dortmund, so a 2-1 defeat can hardly have come as a shock, even against 10 men.

He'd had more time to prepare for Friday's visit to Frankfurt, more of a chance to start instilling his vision and his tactics with the squad. Some changes were visible, too, especially in a strong first half.

Hertha pressed higher, tried to attack directly and with pace, and showcased the struggling squad's considerable individual quality at times, especially with the opening goal. Dodi Lukebakio provided the finishing touch, nutmegging Frankfurt's keeper. But Marko Grujic's pass, also through a defender's legs, to put Lukebakio through was the real highlight of the move — unless of course you preferred Marvin Plattenhardt threading the ball between two defenders to pick out Grujic beforehand. 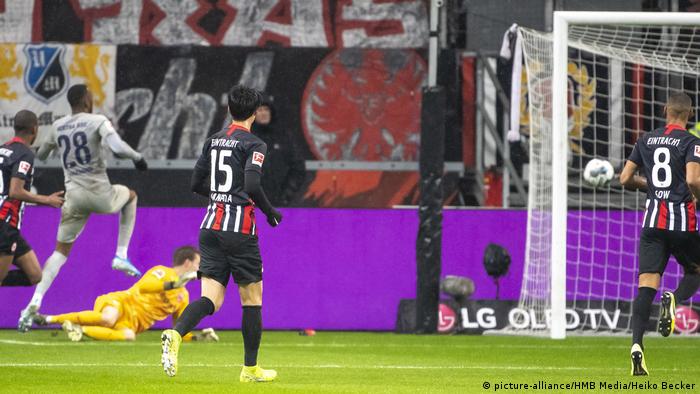 Hertha's opener was a timely reminder of the squad's considerable quality

The second, finished off by Grujic this time, was a messier affair from a set piece after half time. And with that, Frankfurt seemed consigned to a fourth consecutive defeat.

"It was a really strong first half for us in particular, when we really threw everything at them. It's not easy to play here in Frankfurt. With a bit more luck, we could have taken three points home." Hertha's David Selke told DAZN after the game, before being asked what the last week training with Klinsmann was like. "He motivates us really well before the game and draws our attention to the right things. We're fit, we can run again. I think development was evident. And now we're scoring points again, even if it's a shame that it was just the one."

But the Eagles rallied, overcoming their VAR disappointment in the first half to recover a point and draw 2-2. By the end, with more than 60 percent possession, 16 corners and 25 shots on goal, the hosts felt they could have done more.

"We can only be disappointed. We made so many chances, I reckon Hertha only had two or three and scored twice." Sebastian Rode, who scored Eintracht's equalizer, told DAZN. "We just didn't manage to get forward and grab the decisive goal. At the end, we're happy to have rescued a point, but it should have been a lot more." 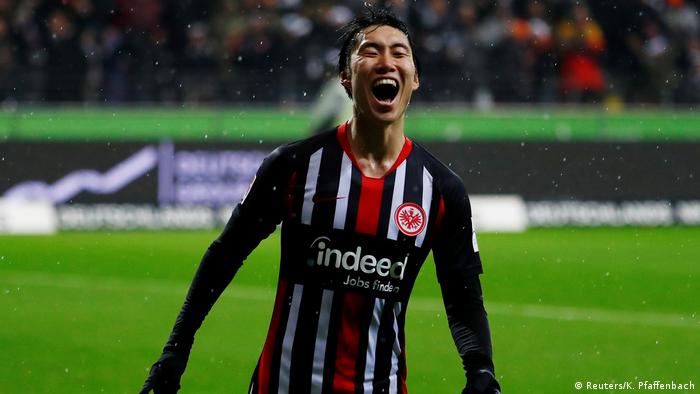 Rode also noted that Frankfurt realized mid game that they were causing Hertha real trouble at the back post from their corners, suggesting a possible next task for Klinsmann's coaching team ahead of the next game against Freiburg.

That would seem to be a winnable match for Klinsmann and Hertha, at home in Berlin — but the pressure is already on the legendary German striker to bag three points, given the opponents that lie in store either side of the Bundesliga's winter break.

Sitting 16th in the table with 12 points after 14 matches, Hertha follow their Freiburg fixture with games against Bayer Leverkusen (A), Borussia Mönchengladbach (H), Bayern Munich (H), Wolfsburg (A), Schalke (H), and then Schalke again (A) in the German Cup. By 11 p.m. on February 4th, especially if all these games go as bookmakers might predict, it's not inconceivable that Hertha might no longer be in the German Cup and might even have slipped from the relegation playoff spot into the dreaded bottom two of the table.

That would then set the stage for a string of more winnable matches against less impressive Bundesliga opponents (Mainz, Paderborn, Cologne, then Fortuna Düsseldorf), all of which could turn into so-called "six-pointers" in the relegation fight.

As a player, Klinsmann was more used to scrapping towards the top of the table, and as a California resident in recent years, he's become accustomed to LA's sunshine, but his first winter back in notoriously chilly Berlin could get grim before he and Hertha see the light.