Bundesliga: Injury-ravaged Hertha Berlin on the cusp of safety after win at Schalke

With multiple Schalke players in quarantine and Hertha Berlin torn apart by injuries, it’s a minor miracle that this game even went ahead. It did and Hertha Berlin’s narrow victory moves them to within a point of safety. 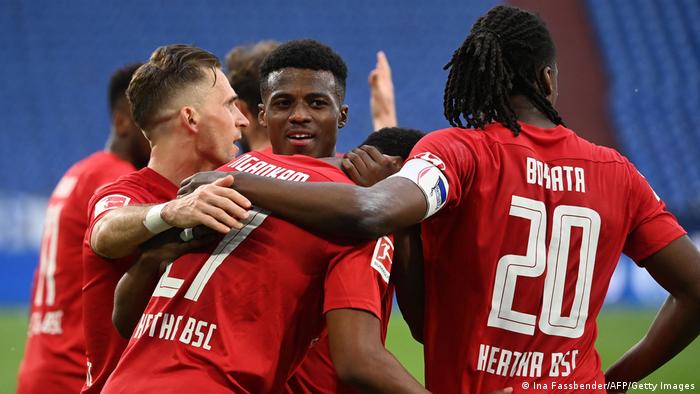 Hertha Berlin have emerged from their compulsory 14-day quarantine refreshed, and their renaissance continued with this crucial victory at Schalke. One more point from their final two games – starting with Cologne's visit to the Olympic Stadium on Saturday – will keep Hertha out of the bottom two places. Three will complete the job.

The fact that a team that have spent so heavily and have such lofty ambitions are even in this position – quarantine or not – is something Hertha's new sporting director, likely to be Fredi Bobic, will need to address immediately. The immediate concern is on the field though, and even without the injured Jhon Cordoba, Matheus Cunha, Maximilian Mittlestaedt, Rune Jarstein and Matteo Guendouzi, who was suspended as well as injured, Hertha got over the line in Gelsenkirchen.

"When we had to go into quarantine, many said ‘Hertha will be relegated now'. The football gods have reversed that. We are happy and proud, but it's not over yet," said coach Pal Dardai, whose side are now seven games unbeaten. 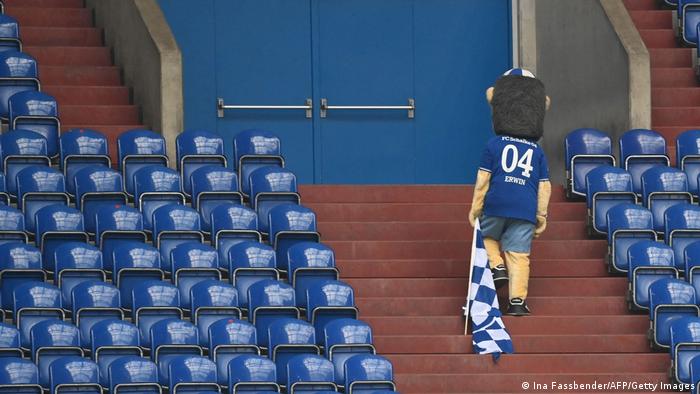 Schalke were already relegated, but their misery continues.

Schalke's season has been nightmarish but even when things can't get any worse, they do. The club reported a third positive COVID-19 case before kickoff and four more Schalke players missed this one as they are already in quarantine. In many ways, fans are lucky to have had football to watch during the quarantine – but the multiple cases serves as a reminder that this situation isn't normal, and arguably not safe.

With that in mind, Schalke produced a good performance against an in-form team. Amit Harit's early strike put the hosts ahead, but that was canceled out quickly by Hertha captain Dedryck Boyata, who exploited some suspect Schalke marking and powered in a header.

Jessic Ngankam's winner was a little flattering for Hertha, particularly as Schalke hit both posts in the same attack late on. Hertha did finish the game with ten men though, with Dodi Lukebakio sent off a minute from time, which keeps him out of the Cologne game.

"It's symptomatic of the whole season that the ball doesn't go over the line and the team doesn't reward itself with at least a point," Schalke coach Dimitrios Grammozis lamented after a seventh defeat in the ninth game under his management: "If we were eighth or ninth, the ball goes in off the inside post and not out. That's brutal."