Hertha Berlin spent the summer spending and talking. Now that the new season is underway, the capital club has failed to back that up with action. In their loss to Frankfurt, they were reminded of what they were missing. 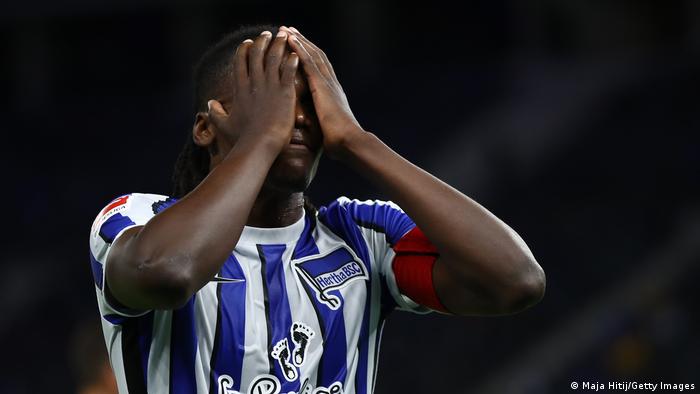 The early signs for Hertha Berlin's top-six aspirations are not looking good.

After the arrival of investor Lars Windhorst, the steady Bruno Labbadia and a high-scoring win in Bremen on opening day it was very clear what the clubs goals were. Achieving them though, remains the hard part for Hertha.

It took Hertha an hour, three halftime changes and conceding two set-piece goals to show signs of life. "We were asleep in the first half," keeper Alexander Schwolow told DAZN afterwards. "We were almost like a school team in the first 45 minutes."

Frankfurt were effective, if unspectacular but ultimately Hertha offered too little. By the time they started to offer enough, it was too late.

Time is very much the key at Hertha. How long can a club keep talking about breaking into the top six without actually delivering on the pitch?

It has been a long time since Hertha enjoyed some tangible success at the club. When sporting director Michael Preetz took the job in 2009, Hertha had just finished fourth. They've never been back since. Instead they've twice been relegated and their most recent foray into Europe under Pal Dardai was brief and hard to watch. 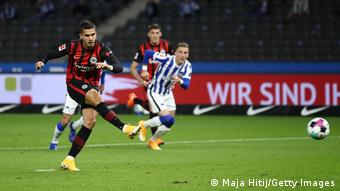 The same cannot be said for Frankfurt. In recent years, it has been tremendously exciting to be a Frankfurt fan. A fantastic attacking trio, a European adventure for the history books and a German Cup victory - all things Hertha badly want for themselves.

They can't have a German Cup run this year after a surprising first-round defeat to second-division side Eintracht Braunschweig, but faith that Matheus Cunha, Jhon Cordoba and Dodi Lukebakio can be that attacking trio remains. Playing like they did in their opening home game of the new season though, a European adventure remains a long way away.

"The future belongs to Berlin" is the latest Hertha motto. Perhaps, after yet another summer of declaring such ambitious aims, the club needs to concern itself more with the present. Evidently, there is much work to be done.