Hamburg's new chairman has pledged to return the focus of the club to getting results on the field. Heribert Bruchhagen also indicated that Markus Gisdol would have a say in who the next sporting director would be. 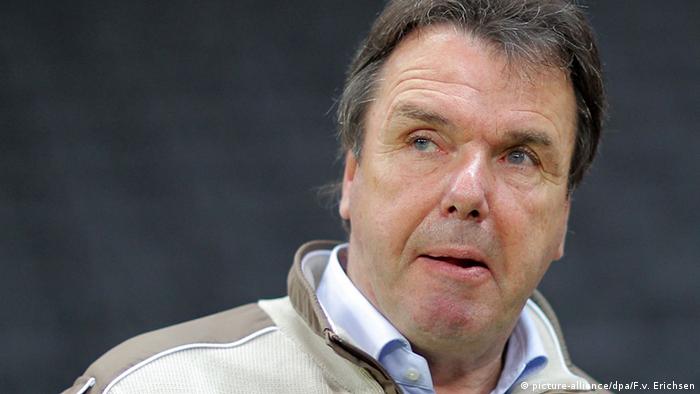 Heribert Bruchhagen told reporters at a press conference at Hamburg's Volksparkstadion on Tuesdaythat his top priority in the coming months would be creating an atmosphere in which head coach Markus Gisdol  could concentrate on avoiding relegation, with as few outside distractions as possible.

The former longtime Eintracht Frankfurt chairman said his first concrete task would be to appoint a new sporting director to replace Dietmar Beiersdorfer, who is to remain in that post until the end of the year. Bruchhagen was appointed as Beiersdorfer's replacement as chairman of the board on Sunday.

Bruchhagen also said whoever was hired as the next sporting director would have to meet with Gisdol's approval.

Asked about the fact in the past he had often criticized major investor Klaus-Michael Kühne for using some of his millions to subsidize HSV, Bruchhagen stressed that he had done so as the chairman of a league rival. He said he would do everything he could to develop a good relationship with Kühne, who he described as a "stroke of luck" for Hamburg.

Bruchhagen takes over the post a day after the head of the supervisory board, Karl Gernandt resigned over what he said were "deliberate indiscretions" from some of his colleagues, which had put the long-term development of the club at risk. Despite his resignation as its chairman, Gernandt has stayed on as a regular member of the supervisory board.

With just 10 points from their first 14 games, Hamburg are currently in 16th place in the Bundesliga standings. The team that finishes the season in 16th spot goes into a relegation playoff against the third team in the second division.