Bundesliga: Does Marco Rose have all he needs at Gladbach? | Sports| German football and major international sports news | DW | 29.01.2021

Bundesliga: Does Marco Rose have all he needs at Gladbach?

Marco Rose’s future at Borussia Mönchengladbach is in doubt, with Dortmund reportedly interested. But with a talented squad and support from above, he'd be wise to realize that the grass may not be greener in Dortmund. 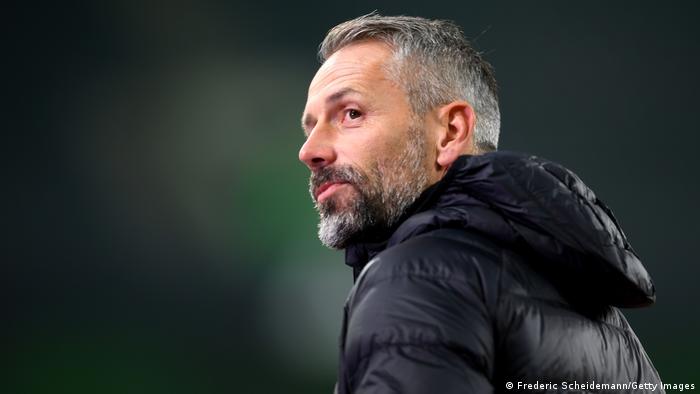 Over the past four weeks, Gladbach's sporting director Max Eberl has been holed up in the mountains of southern Germany, taking a breather in the crisp Bavarian air.

He's watched from afar as Gladbach have risen up the table to fifth with four wins out of five and returns this weekend with possibly the biggest assignment of his career - keeping hold of Marco Rose.

While Eberl has been the mastermind behind Gladbach's gradual resurgence across the past 12 years, Rose has provided the practical brains since 2019, turning Eberl's hard work into on-pitch results.

Borussia Dortmund are now reportedly trying to lure Rose to new pastures, but Gladbach's seedlings have the potential to bloom in the next years. It's a decision Rose won't take lightly and one which may be swayed by both club's fortunes this season.

After leading Gladbach back into the Champions League last season, Rose has inevitably found it challenging to juggle the added burden of European nights.

Heading into the shortened winter break, Gladbach had won just one Bundesliga match (against bottom feeders Schalke) in seven. In five of those matches, they lost points from a winning position.

Since the new year, however, Gladbach are the Bundesliga's form team after four wins in five including defeats of Bayern Munich and Dortmund. They're also due to face Manchester City in the Champions League round of 16 after navigating a tricky group containing Real Madrid, Inter Milan, and Shakhtar Donetsk.

Rose has developed an impressive mix of styles at the club, with his players comfortable either in possession or launching quick transitions in attack, all while blending controlled pressing and deep defending, depending on the opposition.

When they click on the pitch, Gladbach can flow from dynamic and aggressive football to remaining pragmatic and controlled, all within the scope of 90 minutes.

Aided by Eberl's impressive work in building a talented and balanced squad, Rose is revelling under a harmonious relationship with his sporting director. It's a luxury that wouldn't be assured in Dortmund, where the higher-ups are still pining incessantly, and unrealistically, for Jürgen Klopp 2.0. 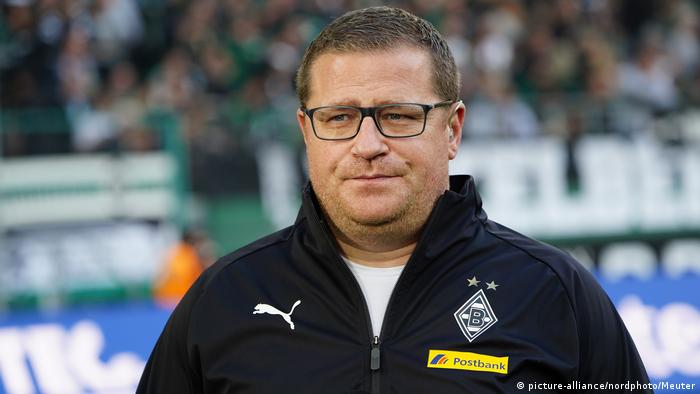 Max Eberl has transformed Gladbach during his 12 years as sporting director.

Title tussle on the cards

The looming shadow of Klopp in Dortmund is one factor which may persuade Rose to stay put, while Dortmund's faltering form is another. He has a genuine chance of replicating his colleague and friend's exploits at the other Borussia.

While Gladbach's sluggish patch of form late last year has them trailing Bayern Munich by 11 points, the ingredients are there for future title challenges.

Rose certainly hasn't given up hope of Bayern faltering this season, despite the Bavarians extending their lead at the top from 2 points to 7 points in the space of just 9 days.

"We feel that Bayern can be tripped this season," Rose said. "And of course the teams behind them can start a run. We should all try to keep the title race open as long as possible.”

The gap is probably too large for Gladbach, with Rose admitting that "the job for us is staying in touch” in the race for Champions League qualification, a non-negotiable for Gladbach's progression plan.

But the fact Gladbach have beaten four of the top five clubs, bodes well for Rose and Eberl's project. Up next on Saturday is another tough task against Union Berlin, where a win could see them crack the top four for the first time this season.

Gladbach haven't won a title since their heyday in the 1970s and are without a trophy since a German Cup win in 1995. Eberl knows that holding onto Rose and players such as Denis Zakaria, Florian Neuhaus, and Marcus Thuram is the club's best chance of seeing the glory days return. 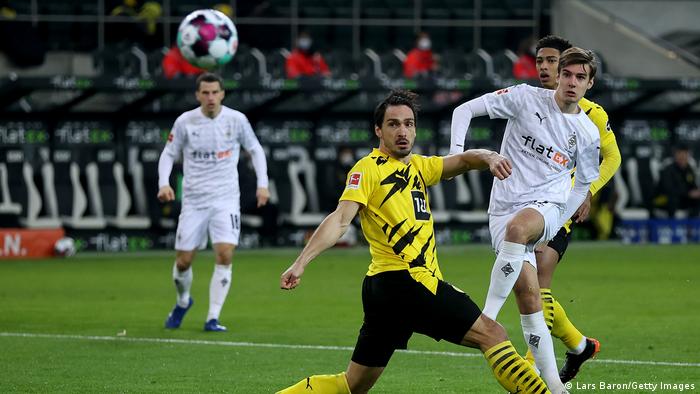 Florian Neuhaus was instrumental in Gladbach's recent win over Dortmund.

Eberl at least is going nowhere. He negotiated his month-long sabbatical when signing a new contract until 2026. And even if he does lose Rose and one or two players, it's likely he already has a plan in place.

But dreams of returning to the top of the Bundesliga as quickly as possible clearly hinge on Rose staying and extending his contract. Eberl has a big job on his hands convincing the 44-year-old.

At the same time, Rose may realise his best chance of success also lies in Gladbach rather than Dortmund. Where both clubs finish at the end of this season could be a defining factor.