On the penultimate weekend of the Bundesliga season, a record was broken and two teams in the relegation fight secured their top-flight status. One head coach was relieved of their duties. 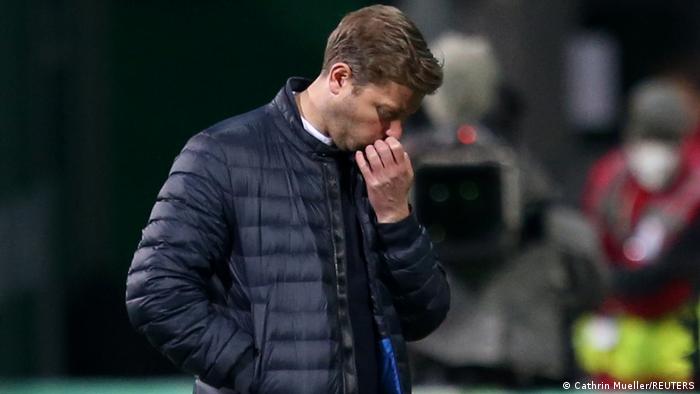 He did not, but he did equal the record.

A calm penalty saw the Pole draw level with Müller's record of 40 goals in a season. He had the chances to set a new record but somehow missed from close range. Perhaps Bayern Munich's leading man will manage it next week?

Did anyone secure a Champions League spot?

Eintracht Frankfurt didn't. Their surprise defeat to Schalke opened the door for Borussia Dortmund, and the recently crowned German Cup winners strolled through.

Despite the start of the second half being delayed due to thunder and lightning, a comfortable 3-1 win in Mainz — who secured safetyafter Saturday's results — meant Borussia Dortmund will be in the Champions League next year.

Wolfsburg threw a two-goal lead in Leipzig but still picked up one point, which was enough to secure fourth and send them back into Europe's top club competition.

What happened in the relegation battle?

In a feisty relegation scrap with a red card for each team, Augsburg got a win against Werder Bremen that keeps them safe, but plunged Bremen into such a dangerous spot that a day later, Florian Kohfeldt was sacked as head coach and replaced for the final game of the season by club legend Thomas Schaaf.

Hertha Berlin are also safe after a draw against Cologne, who need a win on the final day against Schalke to stand a chance. Bielefeld are out of the relegation zone, but might need something against Stuttgart on the final day depending on what Werder Bremen do against Gladbach.

For three teams it's all to play for on the final day. 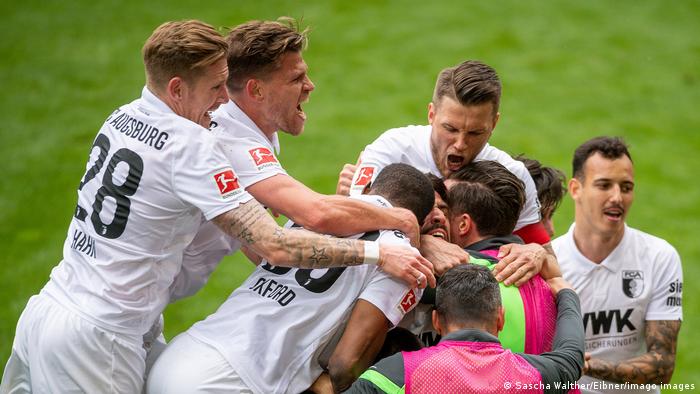 What was the game of the weekend?

Schalke's 4-3 win against Frankfurt had everything. Schalke went ahead, were 2-1 down and then led 4-2.

There were great goals from youngsters, and the dramatic result, ironically, hands Schalke's great rivals Borussia Dortmund a huge advantage in the race to qualify for the Champions League. 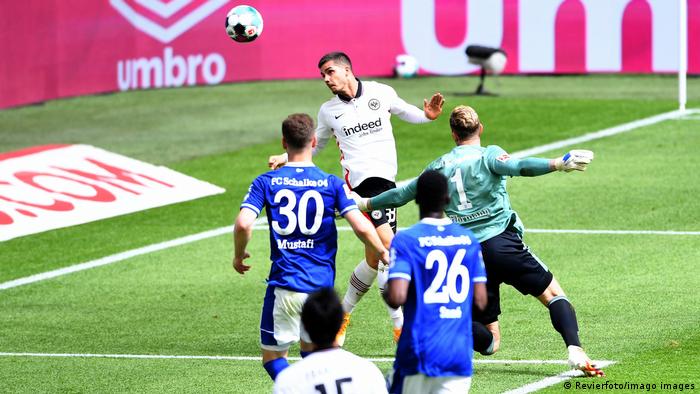 What does the top 6 in the Bundesliga look like?