The Bundesliga returned with a bang after the international break. Borussia Dortmund had to visit a Hoffenheim side that recently hammered Bayern Munich. Elsewhere, Arminia Bielefeld hosted the defending champions. 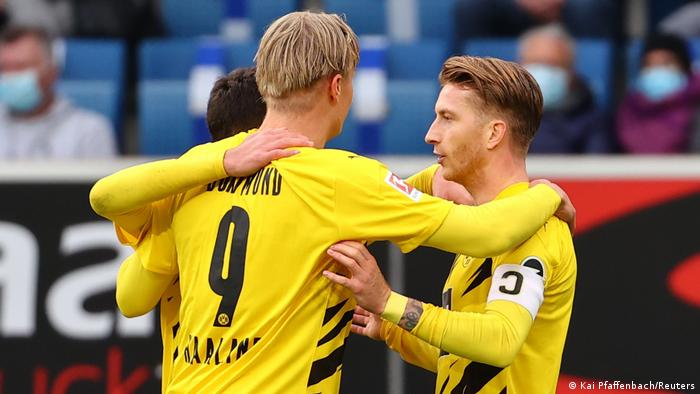 Gio Reyna impressed, Thomas Meunier hit the bar, but Dortmund lacked punch against a Hoffenheim side that have long caused them trouble. Even without star striker Andrej Kramaric, one of two club players infected with the coronavirus following international duty, the hosts made life hard for Dortmund.Inevitably when Erling Haaland and Marco Reus came off the bench, they decided the game. Haaland, staying just onside, set up Reus to pass into an empty net. Given the non-stop run of games for players at the moment, Dortmund will be very happy about these three points.

Thanks to a deeper squad, Bayern Munich were able to play most of their stars against Bielefeld having rested them for the German Cup just days before. The result was a strong win, two goals each for Robert Lewandowski and Thomas Müller, though a red card for Corentin Tolisso. For Arminia, the defeat was made all the more painful without their fans (the game was played behind closed doors due to high coronavirus infection rates in the city) but on-loan winger Ritsu Doan was a bright spark.

In the battle of the top two sides in the table, RB Leipzig got the better of strong starters Augsburg. Angelino scored a header for the second league game in a row just before the break, a goal that broke Augsburg. Yussuf Poulsen's goal — a thumping, first-time, cross-goal volley — just after the hour mark ended the contest. Marco van Basten would have been proud.

Perhaps it was just the fixture list this weekend or perhaps it was the lack of enough or any fans that meant the fourth weekend of the Bundesliga season ended without a home win. Freiburg and Gladbach should have won, while Hertha lost to Stuttgart in Berlin for the first time since 2013. Also of note, there were four 1-1 draws on the same matchday, the first time since the penultimate round of the 2016-17 season.

Thomas Müller looks to be benefiting from not being a part of the international set-up anymore. After playing and scoring in Bayern's German Cup game during midweek, Müller's fine form continued on Saturday evening against Bielefeld. The 31-year-old scored two and assisted one in a dominant win. Is another record-breaking season on the way? 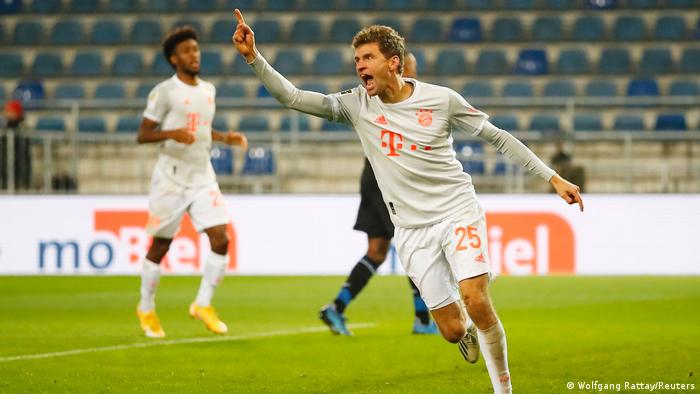 Thomas Müller looks set to have another exceptional season at Bayern

Cologne earned their first point of the season and while 21-year-old left-sided winger Ismail Jakobs wasn't involved in the equalizer, he was a big positive for the home side. Regularly looking to drive towards goal, Jakobs posed a problem for Frankfurt down the left. Perhaps this will be his breakout season. 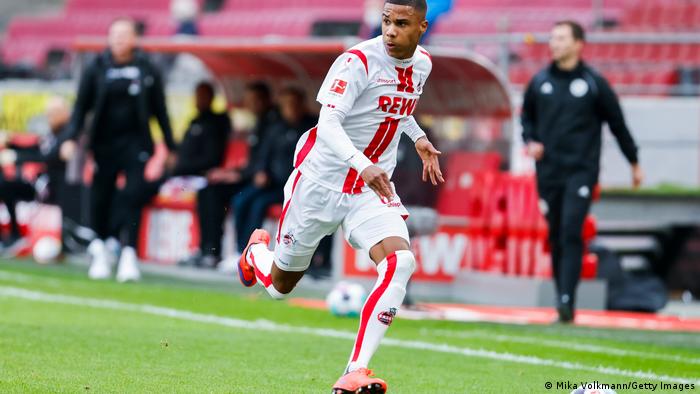 If Ismail Jakobs keeps up this form, this will likely be his breakout season

Matarazzo secured Stuttgart's first win in the Olympiastadion in seven years. Stuttgart's early set-piece goal put them in a confident spot and a strong defensive showing, particularly in the second half when Hertha Berlin pushed for an equalizer, along with a game-ending counterattack was a sign this Stuttgart side is maturing. That's seven points now for the newcomers from their first four games. 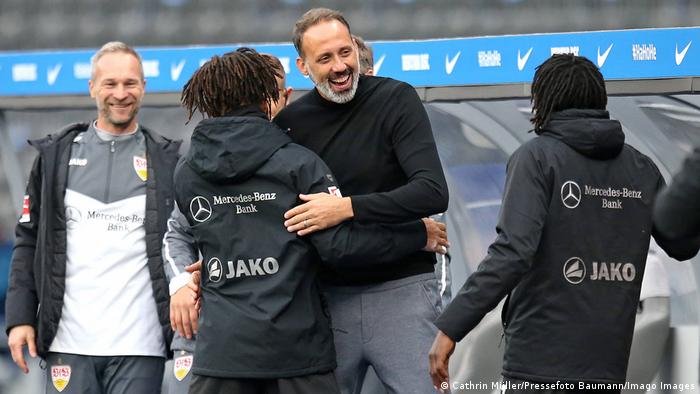 Pellegrino Matarazzo has got Stuttgart off to a great start

Five-a-side team of the week: