It was a Bundesliga weekend that saw more draws than expected, an unsavory incident in the capital and Bayern cashing in on the poor results of all their challengers. Catch up on the latest from the Bundesliga here. 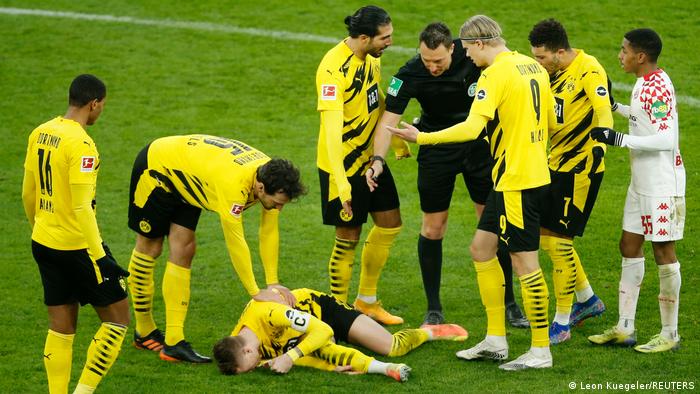 Borussia Dortmund suffered at home again in the Bundesliga

Yes, they did. After losing in the snow in midweek to Holstein Kiel, Bayern got their winter win at home against Freiburg in Munich. Robert Lewandowski scored early but that didn't set the tone as Bayern endured rather than enjoyed football again. This time though, they held on to claim a big three points. 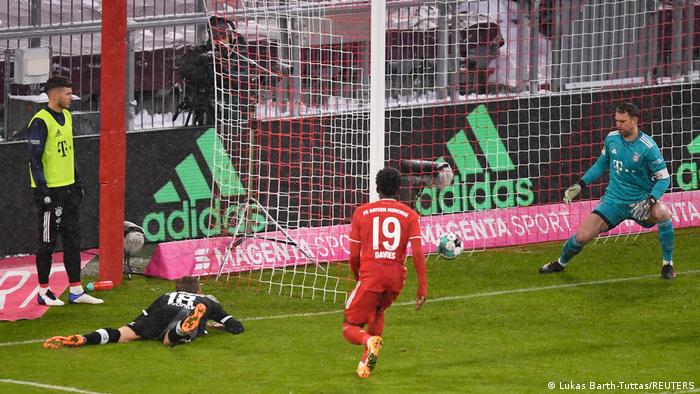 Despite hosting the club that started the weekend bottom of the pile, they did not. Levin Öztunali's piledriver gave Mainz the lead, but when Thomas Meunier equalized, it felt the game would only go one way. Despite an array of attackers Dortmund couldn't make it count, with Marco Reus missing a penalty. 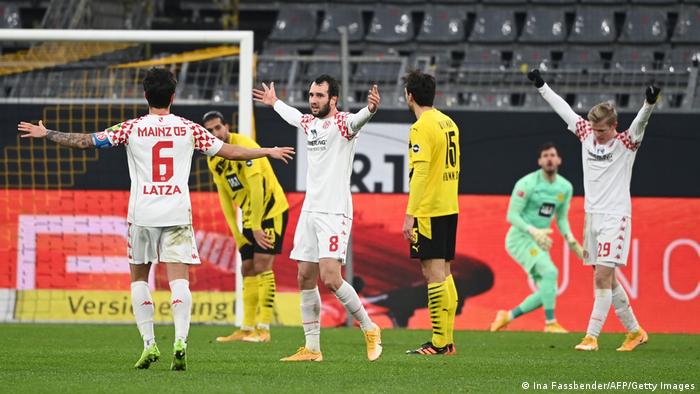 Well, that depends on whether Union Berlin punching well above their weight still counts as a surprise. Urs Fischer's men left it late against Leverkusen but once again got the job done thanks to substitute Cedric Teuchert. The European dream is firmly alive. But the positivity surrounding the club was punctured by an ugly racist incident between an Union player and Leverkusen's Nadiem Amiri, one that the German FA (DFB) is investigating.

A host of draws meant there weren't as many candidates as usual this weekend. Stuttgart scoring a 96th-minute winner thanks to a controversial penalty to deny Gladbach victory certainly ranks highly, and so does David Abraham's final game concluding with a jersey swap between him and referee Manuel Gräfe. But it was Borussia Dortmund's 1-1 draw with Mainz that had it all.

Luka Jovic scoring a couple of belters on his return to Frankfurt was special, but it has to be Levin Öztunali. At 24, the Mainz midfielder might score a better goal in his career but up until now his strike in Dortmund has to be the best he has ever scored. He rifled in a shot from so far out the ball seemed to hang in the air for ages. Roman Bürki never stood a chance.

Luka Jovic had a dream return for Frankfurt, scoring a brace that gave them victory. Lars Stindl delivered another performance that makes you wonder why he isn't in the Germany team. But it was a man who hasn't been in the Germany team for a while now who willed his team to victory. Thomas Müller's touch to assist Bayern Munich's first was superb, his goal was well-taken and gave Bayern a long overdue victory. 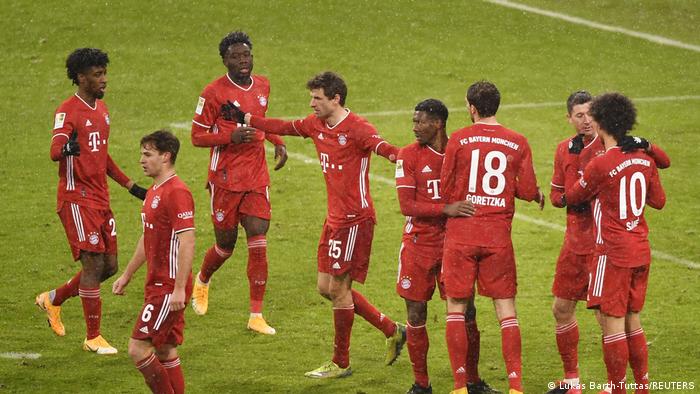 Felix Agu scored one and assisted another on his Werder Bremen debut, but his description of his goal was hilarious. He told local reporters "I had to laugh. I didn't even hit it right, but when the ball went in I had to laugh that it was such a crap goal."

Less amusing but more touching was David Abraham's retirement. "When the fans are back in the stadium one day, I will return," promised the 34-year-old.