Bayern Munich made light work of Bundesliga newcomers Greuther Fürth on Friday night, winning 3-1. The game was notable for a new, advanced role for Alphonso Davies, who thrived as a wide forward. 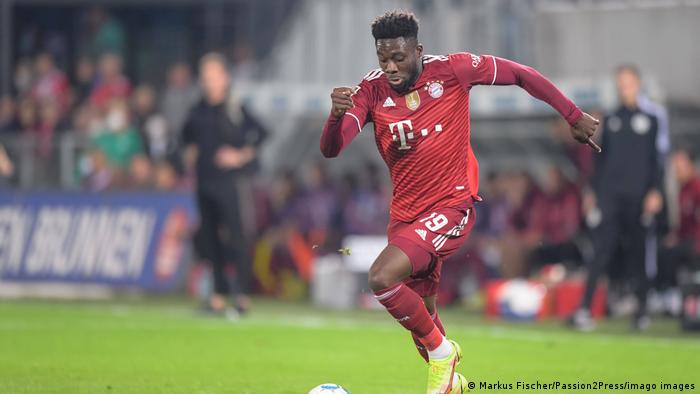 A decade or so ago, Gareth Bale was converted into a wide forward, and it proved the turning point in his career. Transformed into a powerful wide forward from a more conservative leftback role, Bale never looked back. Andre Villas-Boas, his coach at Tottenham Hotspur at the time, never really gets the credit he deserves for spotting that Bale had all the attributes to be so effective further up the field.

Alphonso Davies, the Canadian wunderkind, may be the latest to make the transition. Bayern coach Julian Nagelsmann decided to field Davies in a position recently occupied by Leroy Sane. While Sane isn't exactly sluggish, he doesn't possess the same explosive acceleration that Davies offers — and the hosts simply couldn't live with it. 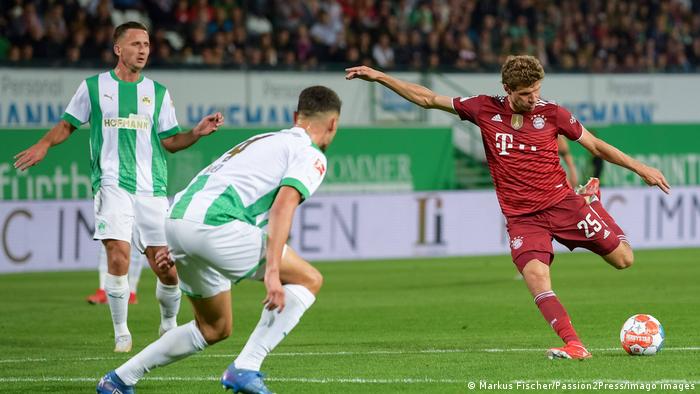 Thomas Müller puts Bayern ahead from Davies' pass, a goal that puts him third in the all-time list of Bayern scorers

When defender Lucas Hernandez is in the Bayern team, they concede fewer goals and look altogether more solid than when Davies is back there. Nagelsmann has clearly realized this and looked quickly to utilize Davies in a new role, and in doing so, created competition for wingers Serge Gnabry and Sane, both of whom have struggled for confidence or consistency in the past year.

Most of Bayern's attacks went down their left side via Davies, so it was little surprise that their opener inside 10 minutes was supplied by the Canadian. He stretched his legs into a vacuum of space on the Fürth right, and his low pullback, albeit via a fortuitous deflection, fell to Thomas Müller, who tucked it away via the inside of the post. In doing so, Müller nudged ahead of Karl-Heinz Rummenigge in Bayern's all-time scoring list with only Robert Lewandowski and top scorer Gerd Müller having scored more.

Davies' role in Bayern's second goal, also in the first half, was that of a pre-assist, again bursting into space on the left and this time picking out Sane, another player reborn under Nagelsmann, to tee up Joshua Kimmich for a controlled low finish from the edge of the box.

Fürth were sprightly and persistent, but their penchant for attacking only served to hurt them against a team of Bayern's quality. Bayern picked them off at will in the first half and, although a second-half red card for Benjamin Pavard, who will now miss the visit of Eintracht Frankfurt to Munich next weekend, tempered Bayern as an attacking force, it was generally a good night's work for Bayern. 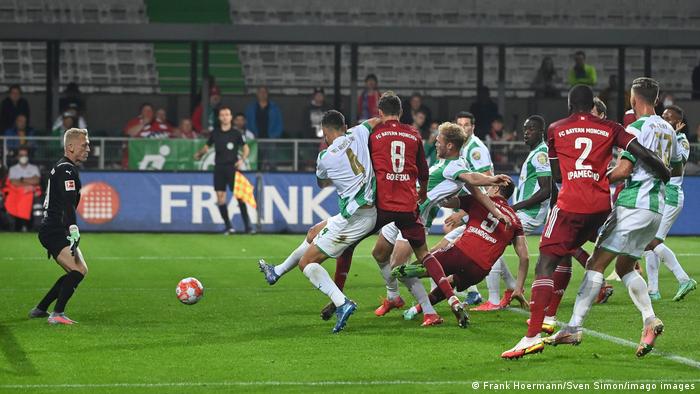 Robert Lewandowski almost scored for a record-equaling 16th-straight league game — but this was given as an own goal.

Lewandowski won't look back on his night in Fürth with much personal affection though, as it marked the end of his extraordinary goal-scoring streak in the Bundesliga. The Pole came close to scrambling one over the line, but it went down as a Sebastian Griesbeck own goal, leaving Lewandowski one game short of matching Gerd Müller's record of 16 straight games with a goal.

Despite a late but deserved consolation for Fürth via Cedric Itten's header, Bayern extend their lead at the top of the table to three points, for 24 hours at least. But it's the emergence of Davies in a position that he was seemingly born to play that will give Nagelsmann the most satisfaction. Sometimes the best ideas are right in front of you.

Alphonso Davies and the UNHCR: A perfect fit

The UNHCR couldn't have found a more fitting individual to become its newest ambassador. Canada's Alphonso Davies is a high-profile example of a migrant who has flourished in his adopted country and beyond.

The Canadian international Alphonso Davies has taken part in his first training session with Bayern. The winger came from Major League Soccer, where he spent the past three seasons with the Vancouver Whitecaps.

Bayern Munich have made their long-awaited move for Omar Richards, who has joined the Bundesliga champions. The highly rated left-back plays in the English second tier and is largely unknown, so who is he?