Voters in Bulgaria are going to the polls in a referendum on the future of nuclear energy. However, not enough voters are expected to turnout to render the plebiscite valid. 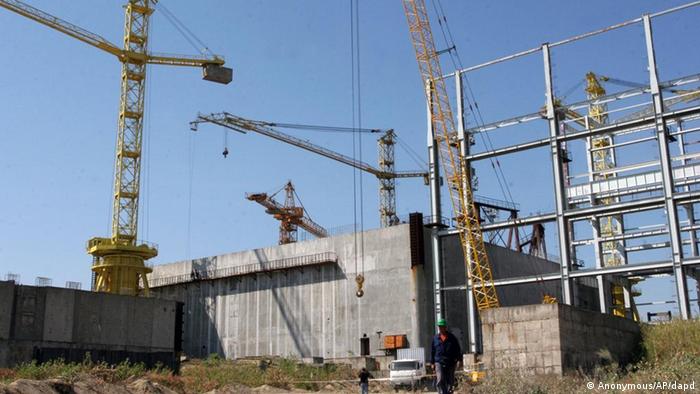 The polls opened at 6:00 am local time and were to stay open for the next 13 hours to allow Bulgarians to weigh in on whether the use of nuclear power in their country should be extended. Exit polls are expected shortly after the polls close.

At first glance, the question on the ballot appears straightforward: "Should nuclear energy be developed in Bulgaria through construction of a new nuclear power plant?"

However, critics say the issue is not nearly so clear cut, as it leaves open to question whether an existing plant at Kozloduy would be expanded through the addition of more generators or if work on the plant at Belene would be restarted.

Work on the Belene plant first began in the 1980s but was discontinued in the 1990s. It was subsequently restarted, the right-wing government of Prime Minister Boyko Borisov put it on ice again last year, saying the country could not afford to foot the estimated 10-billion-euro ($13.5 billion) that it would take to complete Belene.

Some 6.5 million voters are to participate in a referendum this weekend about expanding atomic energy in Bulgaria. Observers see the potential for a power play between the country's two biggest parties. (25.01.2013)

In an interview with private Bulgarian broadcaster Nova on Friday, the prime minister indicated that his decision on the second nuclear facility was final.

"We do not have money to build Belene whatever the referendum result," Borisov said.

Some argue that eligible voters are not qualified to answer the question in the first place.

People "don't know what's being asked," political analyst Ivan Krastev told the AFP news agency. "You cannot ask people to give an expert opinion on a business project ...This makes the poll absurd," he said.

No matter which way the referendum goes, opinion polls indicate that it is unlikely the 60 percent of voters required to make the result valid will actually turn out to the polls. No matter what the turnout though, analysts say it could cause problems for the government just six months before the next parliamentary elections.

"If we get a strong pro-Belene vote as expected, even though the results are likely to be invalid, we would already have a serious political issue on which Borisov will have to act very carefully," Gallup International political analyst Kantcho Stoichev told the Reuters news agency.