Bulgaria: caught between Moscow and Brussels | Europe | News and current affairs from around the continent | DW | 27.04.2014

Bulgaria: caught between Moscow and Brussels

Tensions between Russia and Ukraine have highlighted a split in Bulgarian society, with its historical ties both east and west. Responses range from sympathy for the Russians, to fear of Putin's power games. 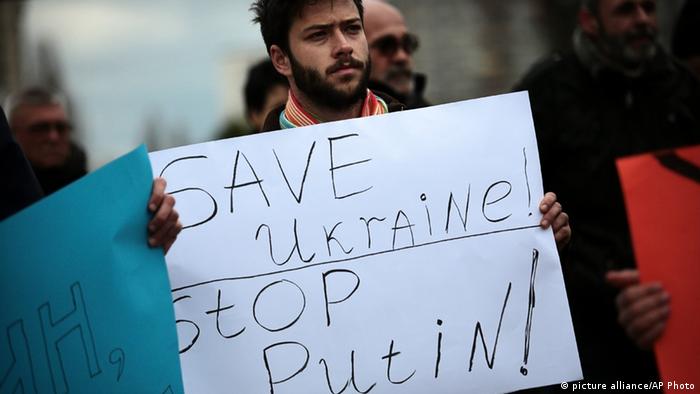 Bulgarians remain bound to Russia by alphabet, religion, and history. Although the southeastern European country with its 7.3 million inhabitants doesn't share a common border with Russia, it continues a long and complicated relationship with its "big brother."

The crisis in Ukraine has given new impetus to the confrontation between Russophiles and Russophobes, which has a long history in Bulgaria.

In the official Bulgarian version of history, Russia was the "liberator from the Turkish yoke," since Bulgarian statehood was reestablished after the Russo-Turkish War in 1877-88. But historian Plamen Tzvetkov sees this as a propaganda cliché uncritically repeated in history books and by the media.

"Most Bulgarians don't even know that the peace treaty of 1878 had nothing to do with their 'liberation,'" Tzvetkov told DW. "Rather, it sealed the Russian army's long-term occupation of Bulgaria, and served to push through Russian power interests in the Bosphorus." 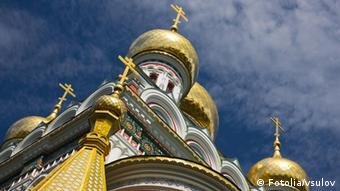 Bulgaria came under the Soviet sphere of influence after World War II, taking its place among other Eastern Bloc nations as a USSR-aligned communist regime until the fall of the Iron Curtain in 1989.

Public opinion in Bulgaria is deeply split on whether Russia was a liberator or an occupier. Gallup opinion poll researcher Parvan Simeonov says that the developments in Crimea have been equally controversial.

Although Bulgaria is a member of the European Union and officially supports the EU position on Ukraine, it is also dependent on Russian gas, and is being governed by a cabinet dominated by traditionally Russia-friendly socialists.

But quiet - or loud - support for Putin goes beyond history and energy supplies. Many citizens of the EU's poorest member state have been disappointed by EU membership, and are almost gratified by the new hostilities between the Kremlin and Brussels. 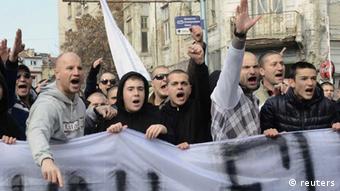 Political scientist Daniel Smilov explained that the anti-European sentiment has coupled itself to Russophilia. "There's nothing reprehensible about a sense of closeness to Russia, in and of itself," Smilov said. "But it's surprising that not only socialists, but also Bulgarian national populists support the Putin regime."

Alliances in today's Bulgarian politics are strange indeed: ex-communist socialists, Bulgarian nationalists, as well as steadfast anti-Europeans and anti-Americans make up a base of support for Putin - even though his policies threaten Bulgaria's security and have little to do with leftist ideology.

This is an indication of Bulgarians' shifting political identities, cultural scientist Ivailo Ditschev thinks. "Bulgarian 'Russophiles' identify as leftist, yet at the same time support an empire that crushed revolution and liberation movements for 200 years," Ditschev said. "In Bulgaria, those who condemn Russia are considered 'right-oriented,' while Russia supporters are 'left-oriented' - it's idiotic," he said.

Simeonov also believes domestic perceptions of left and right in Bulgaria are misleading when it comes to Russia. "It's really the old confrontation between East and West, which was never overcome in Bulgaria," he said. 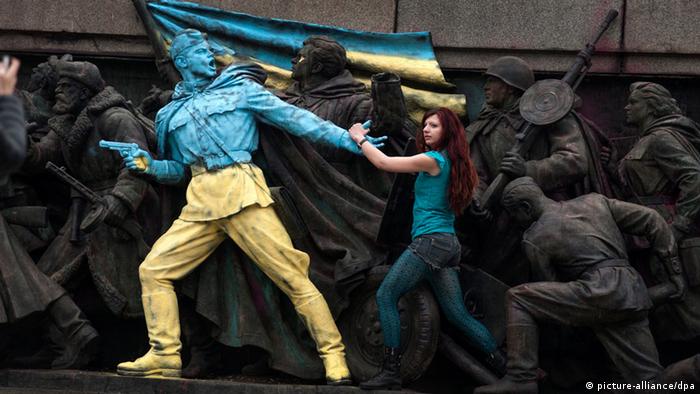 Pro-European and Russia-critical voices in the country point to how Moscow has for years treated Bulgaria as an exclave. Thousands of Russian citizens own property in Bulgaria, Russian lobbyists are very active in Bulgaria's economy and media, and it's feared that the old Eastern Bloc networks could experience a revival. Proponents of links to the West see Bulgaria's membership in the EU and NATO as indispensible.

Now Bulgaria stands between West and East once again, being yanked back and forth between Moscow and Brussels. Where once Bulgarians pinned hope on EU membership, today many are disappointed. At the same time, observers doubt that the nation could fall back into Moscow's direct sphere of influence. And yet there is clearly an anti-European mood in the country - which is likely to surface again in the European elections in May.

Writing for DW, Elliott Morss predicts three possible economic scenarios for Ukraine as the turmoil there continues. None of them, he says, are particularly appealing. (24.04.2014)

More than one third of Europe's gas needs are covered by Russian gas. The crisis in Ukraine has kindled fears that Russia could stop the flow. (07.03.2014)