Several children are thought to be among those killed in a bus accident and fire south of Bulgarian capital, Sofia. The cause of the incident was not initially disclosed.

At least 45 people were killed in an overnight bus accident in Bulgaria, officials said Tuesday.

"Forty-five people were killed" on a highway west of Sofia, Nikolay Nikolov, the head of the fire safety department at the Interior Ministry, told public broadcaster BNT. The ministry later updated the toll to 46.

Twelve children were confirmed among the dead, according to North Macedonia's chief prosecutor, Ljubomir Joveski, who visited the scene of the accident.

"We have an enormous tragedy here," he told reporters.

"I take this opportunity to send my condolences to the relatives of the victims,'' Yanev said. "Let's hope we learn lessons from this tragic incident and we can prevent such incidents in the future.''

Authorities were not immediately clear on how the accident took place, and did not state a cause of the crash.

"Human mistake by the driver or a technical malfunction are the two initial versions for the accident," said Bulgarian investigative service chief Borislav Sarafov.

What do we about the accident?

Nikolov from the Interior Ministry told private bTV channel that the bus appeared to have either caught fire and crashed or crashed and then caught fire.

"Seven passengers were saved," and taken to a hospital in the capital with serious burns, Nikolov said.

An official from a Sofia emergency hospital said the seven people receiving treatment had jumped out of the burning bus. All were in stable conditions.

There had been 53 people, including at least 12 children, on board.

The accident is believed to have taken place at 2 a.m. on the Struma motorway about 40 kilometers (26 miles) from Sofia. 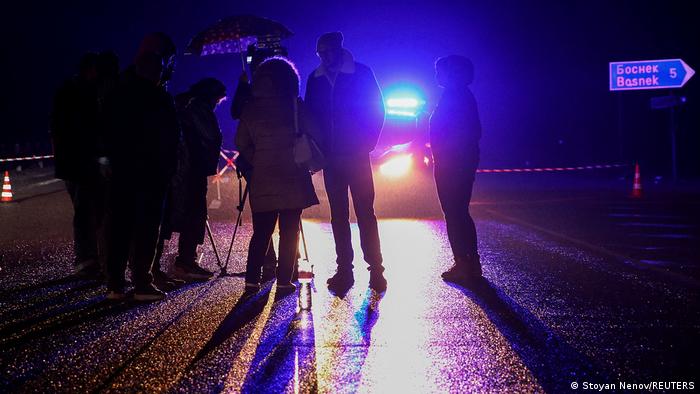 Most of the passengers on the bus were from North Macedonia, an official at the North Macedonian Embassy in Sofia told bTV. Prime Minister Zoran Zaev said the victims were probably fellow Macedonians.

"We don't know if all the victims are from North Macedonia, but we assume so because the bus is registered in the country," he told Nova TV in an interview.

But Bulgaria's national police chief Stanimir Stanev said that while the two drivers of the bus were Macedonian, the passengers were Albanian.

"Initial information shows that 52 people were travelling in the bus, including two drivers with Macedonian nationality and 50 passengers with Albanian nationality," he said.

It was not clear whether they were also residents or citizens of North Macedonia, where a large number of ethnic Albanians live.

Other reports spoke of a Serbian citizen and a Belgian citizen also having been on board the bus, though it is not clear whether they survived.

Bulgaria had the second-highest road fatality rate in the European Union in 2019, according to European Commission data.