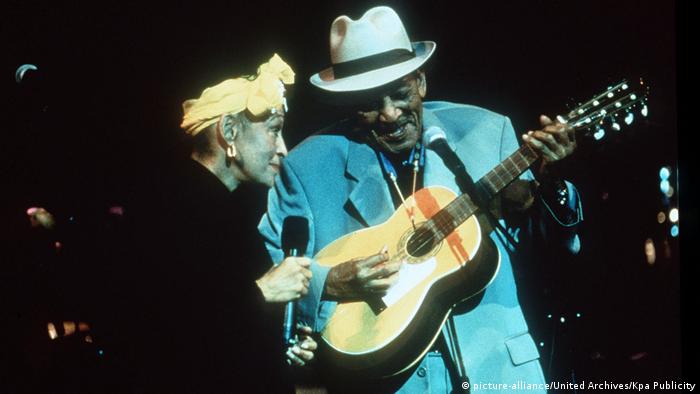 Picture Havana, in the 1990s: Waves break on the waterfront promenade, skirted by the old town famous for its morbid charm, crumbling colonial-style houses, paint and plaster peeling off the walls of buildings while classic '50s American cars cruise the potholed streets.

That's where Ibrahim Ferrer, shoe shiner, newspaper seller and musician lived. He was a popular singer in Cuba in the 1940s and 1950s, but had meanwhile retired. One afternoon in March 1996, Ferrer, who was in his late 60s at the time, was shining his shoes when Juan de Marcos Gonzalez knocked on his door and invited him to a session at the Egrem Studio in downtown Havana. Ferrer dropped what he was doing and came along. 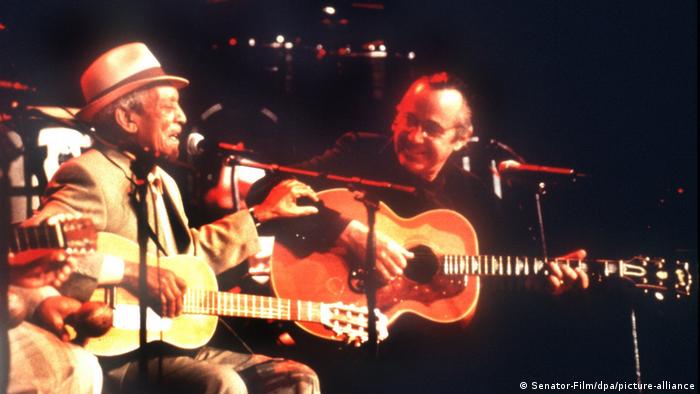 Gonzalez sang "Candela," an old hit that had made Ferrer famous — so of course, he joined in. The musicians had a visitor that day, and he was enchanted: the American blues guitarist Ry Cooder.

Ry Cooder, 49 at the time, was considered one of the best slide guitarists in the world. This technique involves putting a kind of tube made of glass or metal over one finger and gliding it over the strings, which produces the characteristic sound.

Cooder had already played with many greats, including the Rolling Stones, Eric Clapton, Van Morrison and Bob Dylan. He was interested in jazz, world music and music from India, Africa and Hawaii, bringing together various styles of country and folk music, gospel, salsa and ragtime. He and Nick Gold, the head of the British World Circuit music label, had long had an eye on a project by musician and bandleader Juan de Marcos Gonzalez.

For years, Gonzalez and a few other Cuban music veterans had been playing Cuban classics in a long-forgotten musical style called Son Cubano under the name Afro-Cuban All Stars. Before the revolution, Cuba had a lively Afro-Cuban club and music scene. It was rejected as "bourgeois, fascist and instrumentalized by American gangsters" by Fidel Castro's regime. 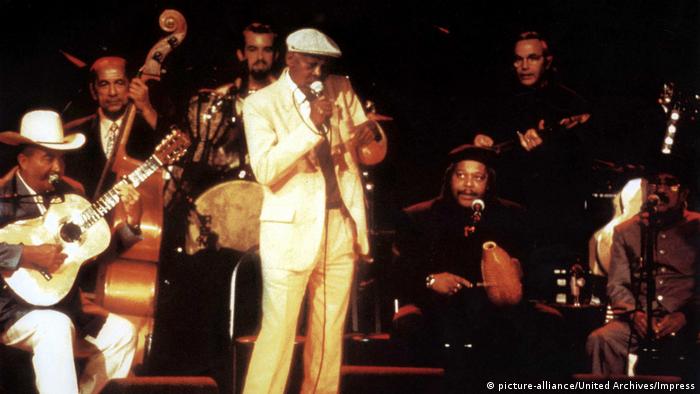 The clubs were closed, the once-flourishing music scene died, Son Cubano became the music of the old people.

These old-timers, some of whom had fallen out of favor under Castro, sat together in the studio that afternoon in March 1996 when Ibrahim Ferrer sang his old hit — a magic moment. Cooder asked Ferrer to record the song with him, and that was not all: He wanted to produce a record with the Afro-Cuban All Stars. And he had a name for the project, too: Buena Vista Social Club, named after one of the many old clubs closed by Castro.

The "Havana Sessions" began on March 26, 1996 — studio recordings that were wrapped up in just six days. The album was to be a success around the world.

Two years later, Cooder's longtime friend Wim Wenders, a German filmmaker, made a documentary movie about the famous musicians. He filmed them in interviews, during studio sessions in Havana and at concerts abroad — Buena Vista Social Club was on tour a lot after the success of the album.

The Oscar-winning film has touching moments: Omara Portuondo weeping with emotion as she sings a duet with Compay Segundo, Ibrahim Ferrer smiling to himself, Ry Cooder on the slide guitar. Ruben Gonzalez' fingers glide smoothly over the keyboard, singer and guitarist Eliades Ochoa, white Stetson hat in place, sits on a chair like a rock in the surf. 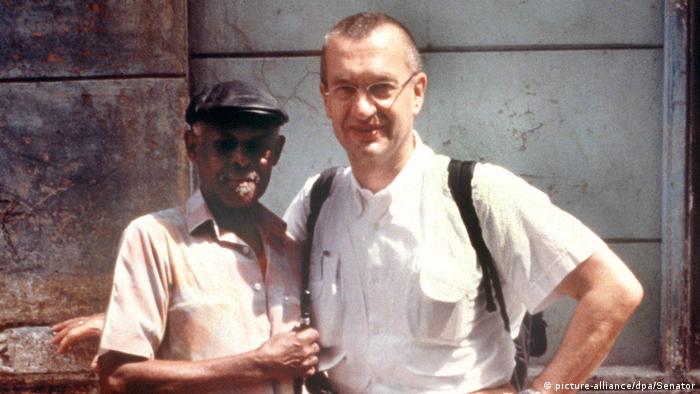 The album shot to the top of the charts in many countries, it won a Grammy and sold eight million copies, making it the most successful world music album. The album made Cuba's rich musical heritage known around the world, and it triggered a veritable Cuba boom.

A special edition of the legendary record was released on September 17. Producers Ry Cooder and Nick Gold took another look at the original tapes, dug through the archive and put together a remastered album that has an additional 12 previously unreleased tracks from the 1996 recording sessions, photos that were never published, a 64-page booklet with the lyrics and notes.

Not all of the Buena Vista Social Club musicians are alive to see the 25th anniversary of their album. Compay Segundo died in 2003 at the age of 95, Ibrahim Ferrer died at the age of 78 in 2005, and Ruben Gonzalez died in 2003. All of them enjoyed late careers, however, as they were involved in various solo projects in the wake of the Buena Vista recordings. Ferrer even won a Latino Grammy in 2000 as best emerging artist — at age 73.

Weeks after thousands of people took to the streets of Cuba to protest against the government, authorities have introduced laws restricting the use of social media and the internet.