Bud Spencer died five years ago. In Berlin, a new museum commemorates the Italian film star, who has long become a veritable cult figure in Germany. 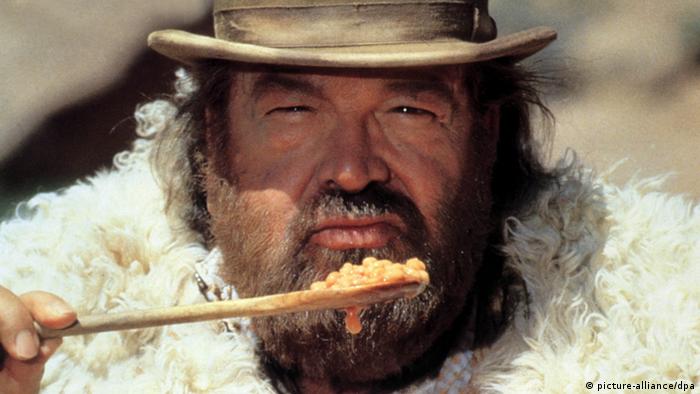 Bud Spencer in 'The night before Christmas'

"Mr. Pedersoli, do you like Bud Spencer?" — "No, I don't like him. But I respect him for the money he has made, as he has achieved much more than Carlo Pedersoli," the very Carlo Pedersoli himself said in an interview with the German Focus magazine in 2011 — jokingly, because he was actually referring to himself:

Naples-born Carlo Pedersoli, Olympic swimmer, musician and self-taught actor was chiefly known professionally as Bud Spencer. He was famous all over the world, and presumably made a fortune for his roles featuring in over a hundred western movies.

Role of the good-natured strong-arm man

Back in 1967, Pedersoli had a role in his first so-called Spaghetti Western film, God Forgives... I don't!

He needed an English alias for his name that was regarded to be too unwieldy for the international film market at that time. The actor made up a name from his favorite beer, Budweiser, and his favorite actor, Spencer Tracy. And voila, Bud Spencer was born.

Bud Spencer grumbled and beat his way through countless films over the next few decades, mostly alongside his Venetian compatriot Mario Girotti, aka Terence Hill.

Worshiped in East and West Germany

With an impressive number of such films, the Spencer-Hill duo played their way deep into the cultural memory of two postwar generations in Germany, both in West and East Germany.

The extent of the cult around the two figures is exemplified by a fairly recent debate about a two-kilometer long tunnel planned in the southern German city of Schwäbisch-Gmünd that was intended to be named the Bud Spencer Tunnel. In the end, the city council changed its mind and instead renamed a local open-air swimming pool the Bud Spencer Bad.

In 1998, authorities in the city of Lommatsch in the eastern German state of Saxony also renamed a sports facility the Terence Hill Outdoor Pool; Hill had actually lived in the town for a while in the 1940s. Along with the first chancellor of the German Empire, Otto von Bismarck, Terence Hill is even an honorary citizen of the town.

There's also a bridge that was to be named after Terence Hill in the city of Worms, but the mayor revised the decision at the last moment. The Terence Hill Bridge spanning the Rhine River, however, is listed on maps and Google Maps all the same. 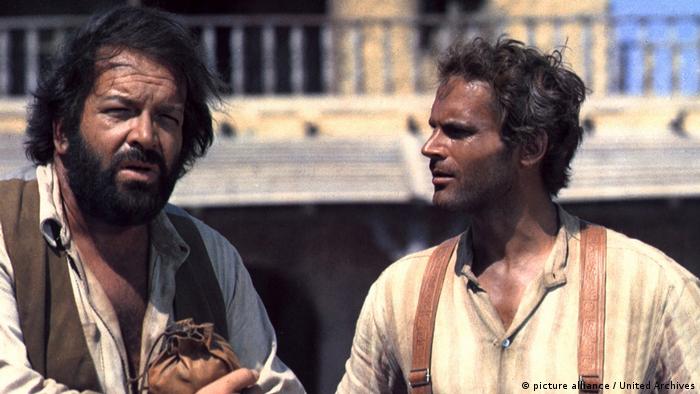 Bud Spencer and Terence Hill in 'Trinity Is Still My Name'

Apart from tunnels, pools and bridges, a small museum in Berlin honoring Bud Spencer will now open its doors on June 27 in Berlin, marking the fifth anniversary of the actor's death.

The exhibition shown through June 30, 2022 is titled "Flatfoot in Berlin – the big Bud Spencer exhibition" and will feature 400 exhibits showcasing the man beyond the actor — Carlos Pedersoli, the world-class swimmer, lawyer, airline owner, composer, inventor — and global icon.

Celebrating the Spaghetti Western in Saxony

This article was translated from its German original.

Best known for his spaghetti Westerns, actor Bud Spencer was also an Olympic swimmer, lawyer and politician. He died on June 27, 2016, at the age of 86.

High Five: 5 statues of stars that don't look quite right

A statue for someone famous is supposed to be an honor. In some cases, something goes horribly wrong.